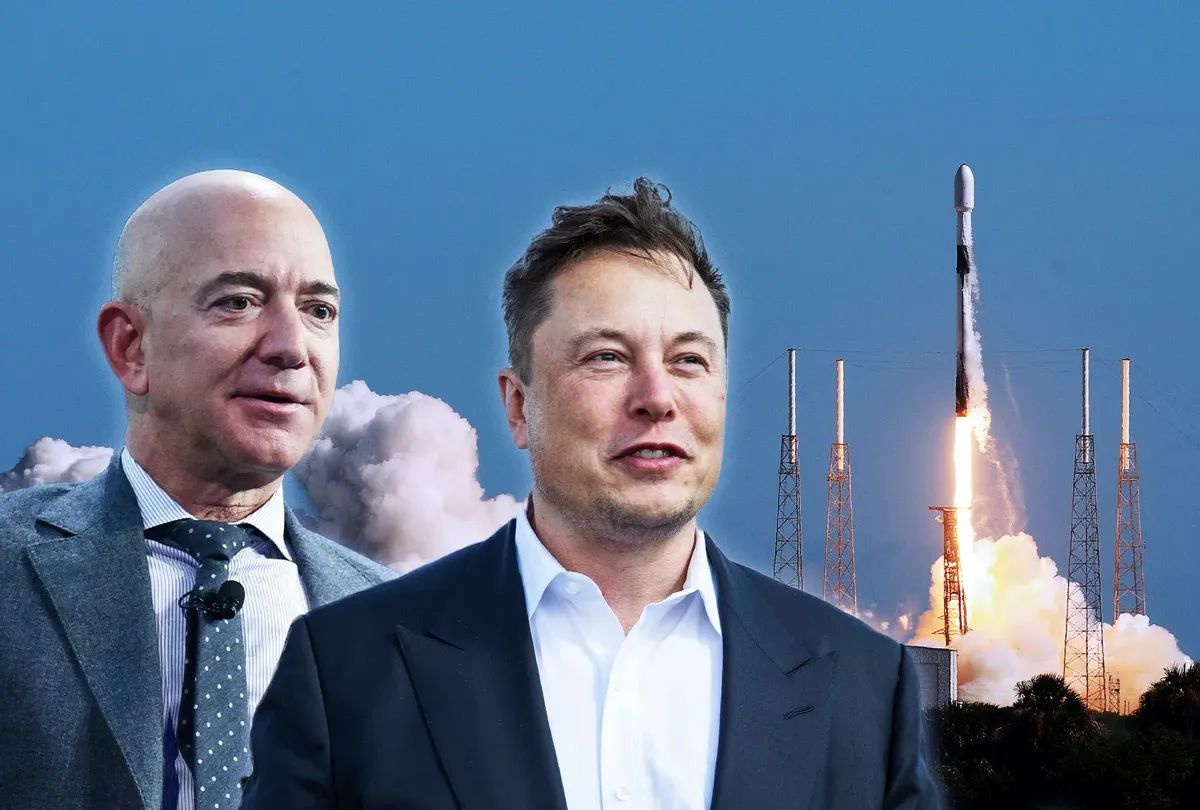 Elon Musk and Jeff Bezos want to colonize outer space to save humanity, but they couldn’t care less about protecting the rights of workers here on earth.

The money isn’t a big deal for either of them. Musk is worth $179.7 billion. Bezos, $197.8 billion. Together, that’s almost as much as the bottom 40 percent of Americans combined.

And the moon is only their stepping-stone.

Musk says SpaceX will land humans on Mars by 2026 and wants to establish a colony by 2050. Its purpose, he says, will be to ensure the continued survival of our species.

“If we make life multiplanetary, there may come a day when some plants and animals die out on Earth but are still alive on Mars,” he tweeted.

Bezos is also aiming to build extraterrestrial colonies, but in space rather than on Mars. He envisions “very large structures, miles on end” that will “hold a million people or more each.”

But Musk and Bezos are treating their workers like, well, dirt.

Musk’s production assistants, as they’re called, earn $19 an hour – hardly enough to afford rent and other costs of living in northern California. Musk is virulently anti-union. A few weeks ago, the National Labor Relations Board found that Tesla illegally interrogated workers over suspected efforts to form a union, fired one and disciplined another for union-related activities, threatened workers if they unionized and barred employees from communicating with the media.

Bezos isn’t treating his earthling employees much better. His warehouses impose strict production quotas and subject workers to seemingly arbitrary firings, total surveillance and 10-hour workdays with only two half-hour breaks – often not enough time to get to a bathroom and back. Bezos boasts that his workers get $15 an hour, but that comes to about $31,000 a year for a full-time worker, less than half the U.S. median family income. And no paid sick leave.

Bezos has fired at least two employees who publicly complained about lack of protective equipment during the pandemic. To thwart the recent union drive in Bessemer, Alabama, Amazon required workers to attend anti-union meetings, warned they’d have to pay union dues (untrue – Alabama is a “right-to-work” state), and threatened them with lost pay and benefits.

Musk and Bezos are the richest people in America and their companies are among the country’s fastest growing. They thereby exert huge influence on how other chief executives understand their obligations to employees.

The gap between the compensation of CEOs and average workers is already at a record high. They inhabit different worlds.

If Musk and Bezos achieve their extraterrestrial aims, these worlds could be literally different. Most workers won’t be able to escape into outer space. A few billionaires are already lining up.

The super-rich have always found means of escaping the perils of everyday life. During the plagues of the 17thcentury, European aristocrats decamped to their country estates. During the 2020 pandemic, wealthy Americans headed to the Hamptons, their ranches in Wyoming or their yachts.

The rich have also found ways to protect themselves from the rest of humanity – in fortified castles, on hillsides safely above smoke and sewage, in grand mansions far from the madding crowds. Some of today’s super rich have created doomsday bunkers in case of nuclear war or social strife.

But as earthly hazards grow – not just environmental menaces but also social instability related to growing inequality – escape will become more difficult. Bunkers won’t suffice. Not even space colonies can be counted on.

I’m grateful to Musk for making electric cars and to Bezos for making it easy to order stuff online. But I wish they’d set better examples for protecting and lifting the people who do the work.

It’s understandable that the super wealthy might wish to escape the gravitational pull of the rest of us. But there’s really no escape. If they’re serious about survival of the species, they need to act more responsibly toward working humans here on terra firma.

Robert B. Reich is Chancellor’s Professor of Public Policy at the University of California at Berkeley and Senior Fellow at the Blum Center for Developing Economies. He served as Secretary of Labor in the Clinton administration, for which Time Magazine named him one of the ten most effective cabinet secretaries of the twentieth century. He has written 15 books, including the best sellers “Aftershock”, “The Work of Nations,” and”Beyond Outrage,” and, his most recent, “The Common Good.” He is also a founding editor of the American Prospect magazine, chairman of Common Cause, a member of the American Academy of Arts and Sciences, and co-creator of the award-winning documentary, “Inequality For All.” He’s also co-creator of the Netflix original documentary “Saving Capitalism.”