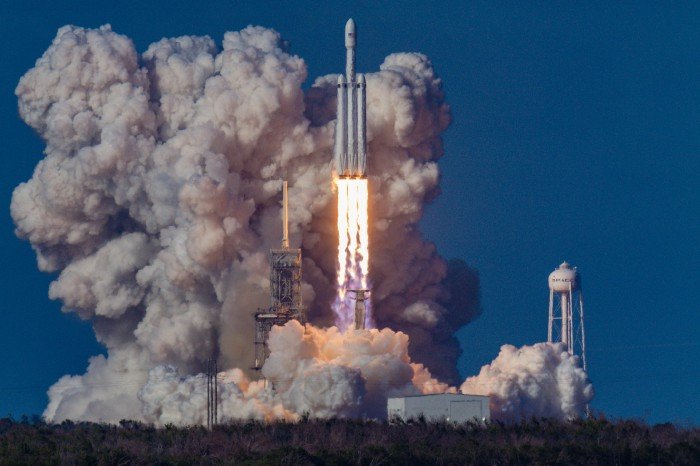 Rockets will never be environmentally friendly

We know we must be living through a revolutionary time in history when billionaires are the ones pushing the frontiers of space rather than the government. For the most part, these billionaires seem to be doing an incredible job. Access to space has never been so cheap and widely available, allowing for blue sky ideas like space tourism, Mars missions, NASA moon bases, and the development of copious numbers of satellites to become viable. Moreover, these new-age rockets can be powered by carbon-neutral fuel, meaning we are now capable of exploring the heavens without damaging the Earth. Right? Well, a recent study has shown that even these revolutionary “do-gooder” rockets are harming our precious planet. But how? And how will this affect the space race?

Let’s get something out of the way first; to develop an understanding of the environmental harm posed by the space race, we need to know which rockets use which fuel, and how much carbon they emit.

On the other hand, Blue Origin (Jeff Bezos’s company), is very different. Their rockets (both New Shepard and New Glenn) run on pure hydrogen and oxygen. This means that when they launch, they only produce water vapour and NOx. But hydrogen takes a lot of energy to refine, so most sources have a huge carbon footprint. Contrastingly, green hydrogen is a healthier alternative to regular hydrogen, given the environmental benefits involved in refining with carbon-neutral power. Yet sadly, Blue Origin does not use green hydrogen, meaning that even though their rockets don’t emit any carbon during launch, they still have a sizable carbon footprint.

So if someone tells you that these new-age rockets are carbon-neutral, you can politely remind them that they aren’t yet, and the fact that they aren’t yet should be raising eyebrows. If it is so easy to save thousands of tonnes of carbon emissions, why aren’t they? Well sadly the most likely answer is cost. To have the cheapest launch costs (and therefore get the most launch contracts) they are turning to dirtier fuel that throws a lot of carbon in our precious atmosphere.

However, a recent study has shown something astonishing. While each individual launch emits enormous amounts of carbon, that isn’t actually a problem, as launches are so infrequent (for now) that they are only a drop in the ocean compared to our total carbon emissions. The real issue is all the other emissions that are so high in the atmosphere. Let me explain.

We know what carbon monoxide, NOx, carbon dioxide, and water vapour do in the lower and middle atmosphere. But very little is known about what they do in the upper atmosphere, as our typical emissions never get that high, and none of those gases occur naturally up there. Rockets have pumped literal tonnes of the stuff into the exosphere, and this study finally figured out their massive effect on the globe.

So what did they find these emissions were doing? Well let’s start with water vapour, as is possibly the most interesting one of the lot. We often forget that water vapour is the most potent greenhouse gas, locking in an incredible amount of heat,because clouds (which are made of water vapour) dissipate pretty quickly. But water vapour turns into fine ice crystals in the upper atmosphere and dissipates slowly, staying up there for much, much longer than it should, and trapping heat in our already warming world.

It’s the same story with carbon dioxide. But because atmospheric density is far lower when you’re that high up, their emissions can cover a much larger area and can have a much more significant effect than carbon dioxide in the lower atmosphere. This means that even if a rocket uses carbon-neutral fuels, it might not offset the carbon-driven climate change the rocket produces.

Then there is carbon monoxide and NOx. Carbon monoxide reacts with oxygen and other gases, messing up the atmospheric composition. This effect is magnified in the upper atmosphere, as the lower density means a single gramme of it can screw up a much larger volume of gas, causing more harm. But NOx is also reactive and is a very potent greenhouse gas. Yet again, because the upper atmosphere doesn’t mix much with the lower atmosphere, this horrific gas stays up there for far longer, causing much more damage.

But the study also pointed out that this abundance of greenhouse gases will affect how the different layers of the atmosphere mix. This is because they trap more heat in the upper atmosphere, making it ‘float’ to the top (hot air rises) and avoid sinking back down through the lower layers. This could dramatically affect weather patterns and the climate globally.

All of this means that, even though rockets emit a minuscule amount of CO2 into the upper atmosphere, their effects can be devastating and far-reaching. This makes a fairly compelling argument that even if a space company claims to use carbon-neutral fuels, they could still be causing significant damage to our precious Earth. But this study is far more comprehensive than just lifting the lid on the space industry.

The space industry is currently undergoing massive growth. This means that every government, rocket manufacturer, and satellite provider wants to launch more rockets every year. Right now, the environmental impact of these launches is relatively minimal as there are so few launches each year. But if we let the space tourism market take off, the Mars colony blossom, and new space stations flourish, then the number of launches will need to increase exponentially. This study has shown that the atmosphere might not be able to take such a monumental increase in launches.

If you consider that we aren’t yet on target to keep climate change to only 1.5 ° C, then it is easy to see a future where the space industry, and therefore the new age space race, has to be massively restricted to save the planet.

So don’t believe the hype. Every rocket harms the environment, even the carbon-neutral ones and hydrogen ones. We are only just understanding how these upper atmosphere emissions are changing our planet, but so far, it looks like it is definitely for the worse, and on a widespread scale. Could this put a pause on Musk’s Mars ambitions, or Bezos’s space station plans? Possibly. I at least hope they are discussing how to mitigate these problems, but looking at their track records, I very much doubt it. Instead, the burden falls on us, the public and the government organisations that regulate these space companies, to ensure that reaching for the heavens doesn’t cost the Earth.