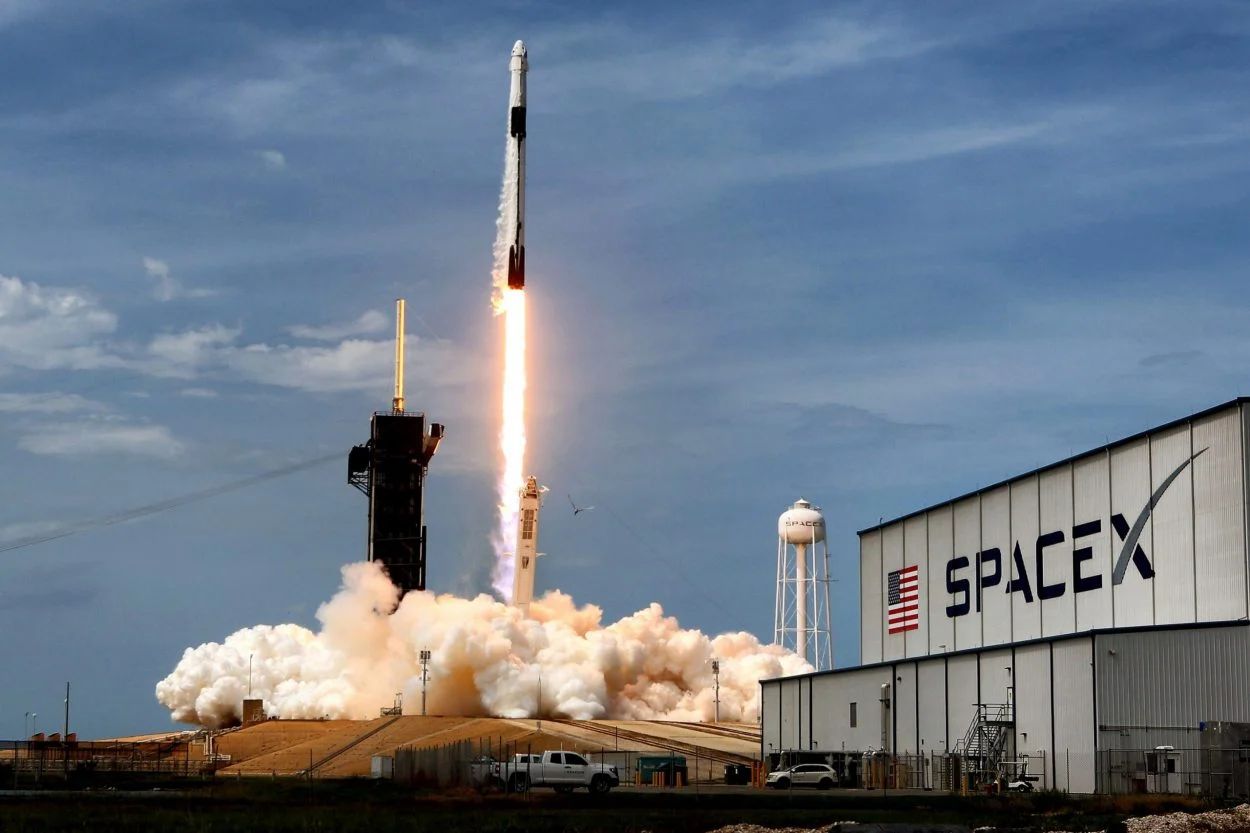 By Tanmay Kadam,
Published by EurAsian Times, 9 May 2022

Of late, Chinese military observers have been increasingly concerned about the potential of SpaceX’s Starlink satellite network in helping the US military dominate space, especially so, in the wake of the Ukraine war, where Elon Musk activated Starlink satellites to restore communications that had stopped because of shelling by the Russian troops.

A recent commentary in the official newspaper of the Chinese armed forces suggested that the international community should be on high alert for the risks associated with the Starlink satellite internet system, as the US military could potentially use it for dominating outer space.

The commentary came one day ahead of SpaceX’s launch of the Falcon 9 rocket that took off on May 6 from Launch Complex 39A at Kennedy Space Center, carrying 53 Starlink internet satellites to the low-earth orbit (LEO).

“SpaceX has decided to increase the number of Starlink satellites from 12,000 to 42,000 – the program’s unchecked expansion and the company’s ambition to use it for military purposes should put the international community on high alert,” said the article on China Military Online, the official news website affiliated with the Central Military Commission (CMC), China’s highest national defense organization headed by President Xi Jinping himself.

The article notes the SpaceX Starlink’s role during the Russia-Ukraine war, where Elon Musk provided Starlink terminals to restore communications in those parts of the country where internet or phone connection had stopped following the shelling by Russian troops.

”Starlink was the only non-Russian communications system still working in some parts of Ukraine in the wake of the invasion,” claimed SpaceX founder Elon Musk.

However, there have also been reports of Starlink aiding the Ukrainian armed forces in precision strikes against Russian tanks and positions, which has not been unnoticed by Chinese military observers.

“In addition to supporting communication, Starlink, as experts estimated, could also interact with UAVs [Unmanned Aerial Vehicles] and, using big data and facial recognition technology, might have already played a part in Ukraine’s military operations against Russia,” said the China Military Online article.

“We use Starlink equipment and connect the drone team with our artillery team,” an officer with the Ukrainian aerial reconnaissance unit, Aerorozvidka told The Times. “If we use a drone with thermal vision at night, the drone must connect through Starlink to the artillery guy and create target acquisition,” the officer said.

Another remarkable event was SpaceX’s swift response to a Russian jamming effort targeting its Starlink Satellite service which was appreciated by the Pentagon’s Director for Electromagnetic Warfare.

Elon Musk had claimed that Russia had jammed Starlink terminals in Ukraine for hours at a time, following which he also said that after a software update, Starlink was operating normally.

“And suddenly that [Russian jamming attack] was not effective anymore. From [the] EW technologist’s perspective, that is fantastic … and how they did that was eye-watering to me,” said Dave Tremper, the Director of electronic warfare for the Office of the Secretary of Defense, in response to Musk’s claims.

Starlink Cooperation With US Military

The China Military Online commentary listed the numerous instances since 2019 when Starlink has cooperated with the US military, which also included the successful data transmission test conducted by the US Air Force (USAF) on March 31.

The tests were aimed at evaluating and exploring high-speed communications in support of F-35A’s operations in remote or austere locations and the USAF stated that they witnessed connection speeds that were about 30 times faster than the current military satellite systems.

“An unmanned wingman fitted with a Starlink device can serve as a tactical relay platform to transmit data to fighter jets, which means an operator can command a large number of UAVs to carry out tasks at the same time,” the article further noted, citing an unnamed expert.

It also raised a possibility, again citing unnamed experts, that Starlink could form a second and independent internet that threatened states’ cyberspace sovereignty.

“Some experts said if SpaceX installs a few root servers in the space, it can make Starlink the second independent global Internet, which will pose a serious challenge to all countries in defending their cyberspace sovereignty and protecting their information security,” said the China Military Online article.

Another concern for Chinese military analysts has been the scarcity of frequency bands and orbital slots for satellites to operate, which they believe are being quickly acquired by other countries.

“Orbital position and frequency are rare strategic resources in space,” said the article, while noting, “The LEO can accommodate about 50,000 satellites, over 80% of which would be taken by Starlink if the program were to launch 42,000 satellites as it has planned.”

“SpaceX is undertaking an enclosure movement in space to take a vantage position and monopolize strategic resources,” the article further added.

Chinese military observers have repeatedly said that the US is having a head start in space – regarded as a future battlefield by militaries across the world – by rushing to establish the next-generation military communications network based on satellite internet capability.

That said, this is not the first time China has raised concerns about Starlink. In December 2021, China complained to the UN Space Committee that its Tiangong Space Station had had two near misses with Starlink satellites.

Also, there was another commentary published in January by China Military Online, which warned that “Starlink with a civil cloak causes high alert.”

“Space is a common resource shared by all humanity, and exploring and using it concerns humanity’s common interests. No country shall have its full swing, much less is the orbital space America’s exclusive privilege,” the commentary said.