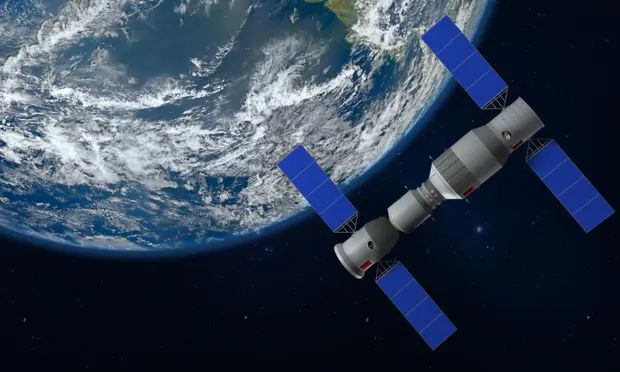 By Rhoda Kwan in Taiperi and Jon Henley,
Published by the Guardian, 28 December 2021

China has accused the US of ignoring international treaty obligations and engaging in irresponsible and unsafe conduct in outer space after two near misses between the Chinese space station and satellites operated by Elon Musk’s SpaceX company.

Zhao Lijian, a foreign ministry spokesperson, said on Tuesday that China “urges the US to act responsibly” after incidents involving SpaceX’s Starlink satellites, which he said had posed a serious threat to the lives and safety of astronauts.

In a note to the UN Committee on the Peaceful Uses of Outer Space earlier this month, China said Tiangong, its new space station, had to manoeuvre to avoid one Starlink satellite in July and another in October.

Tiangong had to take “preventive collision avoidance control” during the two “close encounters” after the Starlink satellites had moved into orbits that obliged Tiangong’s operators to change its course, the document said.

“The manoeuvre strategy was unknown and orbital errors were hard to assess,” Beijing said of the satellite involved in the October incident, adding that it took action to “ensure the safety and lives of in-orbit astronauts”.

The note said the incidents “constituted dangers to the life or health of astronauts onboard the China space station” and asked the UN secretary general “to circulate the above mentioned information to all states parties to the outer space treaty”.

Starlink, a division of Musk’s private company SpaceX, has launched more than 1,600 satellites. It has permission from US authorities to launch a total of up to 12,000 in a programme aiming to provide internet access to most of the planet.

China’s note to the UN space agency in Vienna said state parties to the outer space treaty, which is the foundation of international space law, “bear international responsibility” for activities carried out by both government and non-governmental bodies in space.

Evasive manoeuvres to reduce the risk of collisions in space were becoming more frequent owing to the number and speed at which satellites were being launched, said Jonathan McDowell, of the Harvard-Smithsonian Center for Astrophysics.

“Starlink is a big part of that,” McDowell said, adding that it was “highly unusual” for a country to lodge a complaint through an “informational bulletin”. Any collision would be likely to “completely demolish” the Chinese space station, he said.

He said the incidents were a reminder the world had entered a new era in space. “There’s more debris and there’s more active satellites. Things are just getting a lot busier and a lot more crowded up there. It’s a commercially dominated space age … where we’re stressing the space environment for the first time.”

The core module of China’s station Tiangong – whose name means “heavenly palace” – entered orbit this year and is expected to become fully operational in 2022.

Beijing’s complaint prompted heavy criticism on Chinese social media of Musk, whose electric car firm Tesla sells tens of thousands of vehicles in China each month. Musk is widely admired in China, although Tesla’s reputation has been tarnished after a rash of recent crashes and scandals.

One hashtag on the Weibo social networking platform recorded 90m views on Tuesday. “How ironic that Chinese people buy Tesla, contributing large sums of money so Musk can launch Starlink, and then he (nearly) crashes into China’s space station,” one user said.

“Prepare to boycott Tesla,” said another Weibo user, echoing a common response in China to foreign brands perceived to be acting contrary to national interests.

Some speculated that Washington would have imposed sanctions if the roles were reversed. “Why don’t we just do what they do?” one wrote.

California-based SpaceX did not immediately respond to a request for comment.