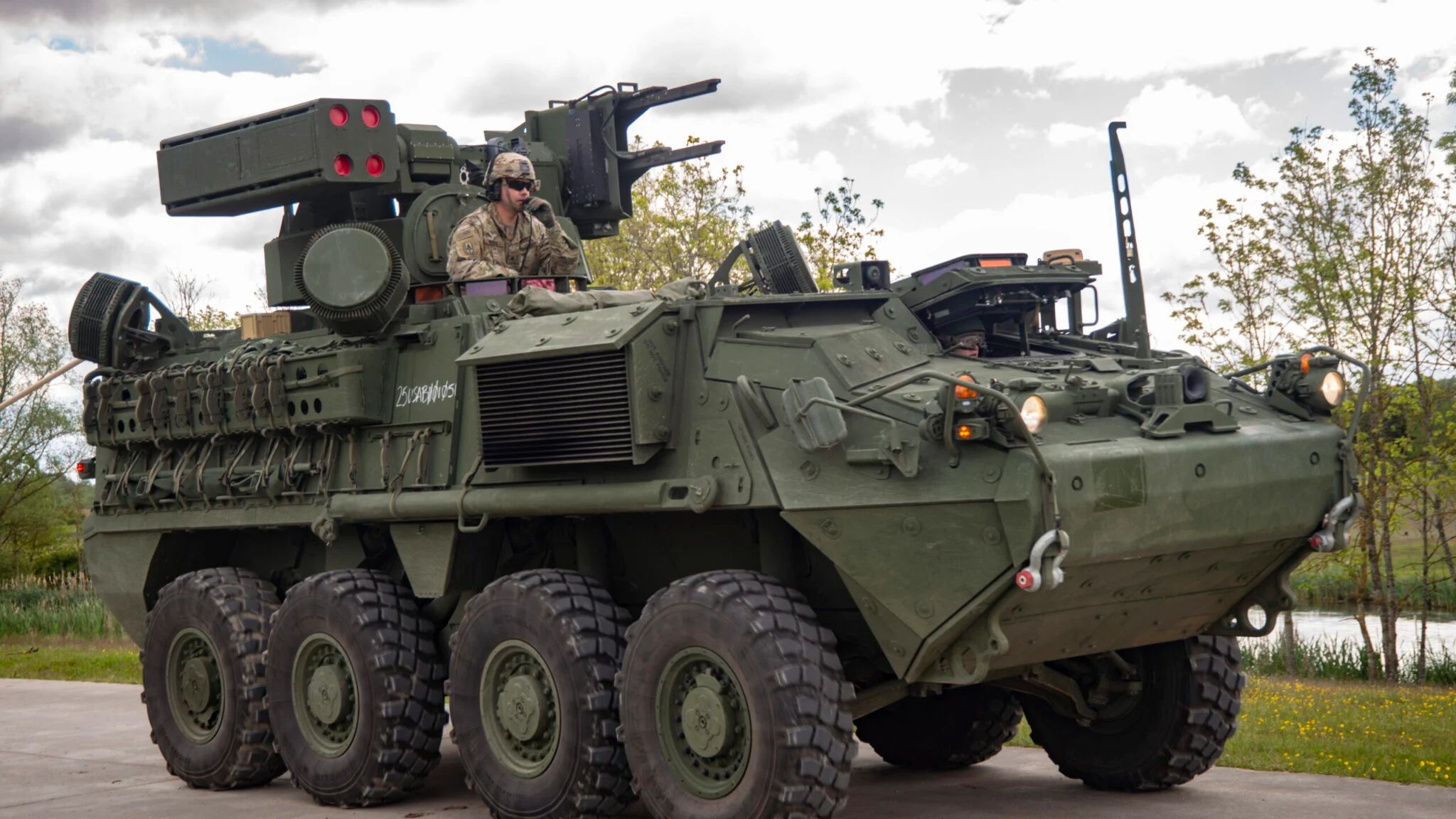 In addition to the directed energy system for the Stryker, the Army is looking at a small laser for a smaller vehicle.

SMD 2022 — The US Army’s rapid capabilities office plans to deliver its first combat laser to Stryker units in next few weeks and is moving ahead with a project to mount a laser weapon on another vehicle, according to the office’s director.

Speaking at the Space and Missile Defense Symposium in Huntsville, Ala., Lt. Gen. Neil Thurgood, head of the Rapid Capabilities and Critical Technologies Office, said today the first battery of Directed Energy-Maneuver Short-Range Air Defense (DE M-SHORAD) will go to an air defense battery at Fort Sill, Okla. in the next 45 days.

The DE M-SHORAD program, one of the Army’s top 35 modernization priorities, mounts a 50-kilowatt laser onto a Stryker vehicle. It’s designed to defend soldiers against drones from size group one (up to 20 pounds) through three (up to 1,320 pounds), in addition to rockets, mortars and artillery. Thurgood said during a presentation that the Army still has “a lot to learn” about directed energy, but said the tactics, techniques and procedures (TTPs) will largely remain the same.

To better protect smaller infantry units, Thurgood said that RCCTO recently kicked off a project to put a 20-kilowatt laser on an infantry squad vehicle, a small troop transport that can carry nine soldiers. The new project, called the Army Multi-Purpose High Energy Laser (AMP-HEL), will be delivered in FY2023.

The capabilities of the 20-kilowatt laser for AMP-HEL are more limited than its Stryker-mounted counterpart, and can only defend against group one and two unmanned systems. Soldiers would still be vulnerable to group three drones and rockets, artillery and mortars.

The Army is investing hundreds of millions of dollars in counter-unmanned aerial systems as the proliferation of low-cost drones threatens soldiers and installations both abroad and domestically. In conflicts abroad in just the last few years, drones have been proven their effectiveness in delivering munitions on targets, artillery spotting and other reconnaissance missions. In fiscal 2022 appropriations, Congress gave the Army $434 million for counter-UAS efforts, up from its budget request of $60 million.