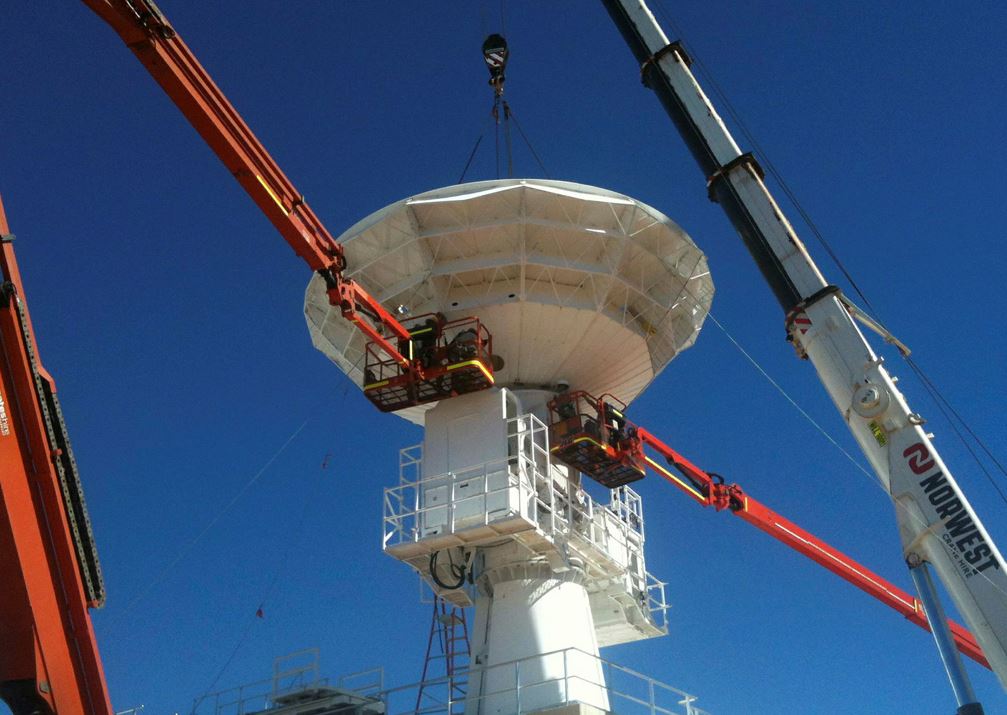 By Malcolm Davies,
Published by The Strategist, 6 October 2021

The AUKUS partnership opens up new opportunities for promoting deeper information and technology sharing, integrating security- and defence-related science and technology, and building industrial bases and supply chains. In addition to the momentous decision for Australia to acquire nuclear submarines, the agreement nominates cyber, artificial intelligence, quantum technologies and ‘additional undersea capabilities’ for trilateral cooperation. Interestingly, though, the vital area of space wasn’t mentioned in the initial communiqués, but it needs to be a key area of cooperation under the pact.

Unchallenged access to and use of the space domain will be essential for the AUKUS partners in any use of military force and is critical for fighting a Western way of war that is precise, decisive and rapid, reduces the cost in lives lost, and minimises the prospect of failure. More broadly, the space domain is an essential foundation for ensuring the stability and security of prosperous and modern economies and societies. In virtually every aspect of national security and our day-to-day lives, space plays a vital role.

The importance of space was reinforced by the most recent AUSMIN communiqué, which emphasised establishing ‘shared capabilities in Space Domain Awareness, Space Command and Control, Satellite Communications, and Positioning, Navigation and Timing’ and reaffirms the need for a ‘common understanding of space-related threats … to meet the challenges posed by the current strategic environment’.

The joint statement from last month’s Quad leaders’ summit in Washington included commitments to ‘identify new collaboration opportunities [in space] and share satellite data for peaceful purposes such as monitoring climate change’ and to ‘consult on rules, norms, guidelines and principles for ensuring the sustainable use of outer space’.

All three AUKUS partners are space powers and have bilateral arrangements with each other. An AUKUS space partnership would formalise a trilateral approach to space cooperation in several areas of space security. This could be done through a ‘shape, deter and respond’ approach, akin to the broad defence policy concept outlined in Australia’s 2020 defence strategic update.

The shaping component will entail building international consensus on strengthened legal, regulatory and diplomatic approaches, led by the AUKUS states, to constrain opportunities for adversaries to undertake aggressive behaviour in space. At the same time, cooperation on space domain awareness that enhances the AUKUS partners’ ability to monitor activities in orbit, deny anonymity in the event of hostile and aggressive actions and ensure attribution could strengthen diplomatic efforts to create legal and regulatory approaches that limit the freedom of adversaries to act hostilely.

Australia is already taking a leading role in space domain awareness by expanding space surveillance under Defence’s joint project 9360 and hosting a C-Band radar and optical telescope for space surveillance at Exmouth in Western Australia. It makes sense to develop space domain awareness through AUKUS, particularly given that Australia is geographically best located to monitor China’s space-launch trajectories and watch activities in geosynchronous orbit.

The threat of hostile and aggressive behaviour in orbit is real. China already deploys direct-ascent, ‘hard kill’ anti-satellite, or ASAT, weapons that can threaten US, UK and Australian satellites in low-earth orbit (LEO) and has demonstrated technologies for threatening satellites out to geosynchronous orbit, holding at risk the entire range of critical US, UK and Australian space support in a crisis. Both China and Russia are already demonstrating the means to launch co-orbital ASAT weapons that could unleash ‘soft kill’ attacks, which don’t physically destroy a target satellite but disable or deny access to it. Such weapons are ideal for grey-zone operations in orbit prior to a military conflict. Ground-based counterspace capabilities, including cyberattacks on satellites, are also emerging as threat, as is laser-dazzling of satellites in LEO.

Certainly, international consensus is needed on new legal norms and regulatory approaches to constrain such threats. All three AUKUS states fully support UN General Assembly resolution 75/36 on responsible behaviour in space, introduced by the UK in December 2020. This resolution, while non-binding, needs to be further developed, with an initial goal for a binding resolution banning development and testing of kinetic ASATs. AUKUS could complement activities being pursued through the Quad and other multilateral forums in achieving such an outcome this decade.

Beyond legal and diplomatic efforts to shape the space environment, the AUKUS partners should work towards common approaches to boosting space resilience and strengthening deterrence in space. The initial focus should be on augmenting existing and planned capability architectures with low-cost small satellites and constellations of cubesats. A cooperative approach to developing common architectures within an AUKUS space framework could complement larger satellites for key space defence projects. It would benefit all three states by building common satellite technologies that could take advantage of faster innovation cycles, co-development processes and rapid deployment to expand satellite systems in a crisis.

A disaggregated, ‘small and many’ approach to space support would be more difficult for an adversary to attack than the traditional ‘large and few’ architecture. Reducing the prospect for a successful counterspace campaign and denying China and Russia the ability to deliver a decisive ‘Pearl Harbor in space’ is probably the most important goal for AUKUS. Such an attack would quickly take away any knowledge edge and dramatically boost the risk of rapid defeat, leaving the three states effectively ‘deaf, dumb and blind’ in a crisis.

Responding to challenges when they emerge will require back-up augmentation and disaggregation to enable rapid reconstitution of lost space capability in the event deterrence fails. The best way to do this would be to engage with commercial providers to ensure that small satellites can be launched on demand, as dictated by a rapidly changing tactical situation in orbit.

Australia is already well placed to contribute to this vital task. There are three potential launch sites: Whaler’s Way in South Australia, operated by Southern Launch; Nhulunbuy in the Northern Territory, to be operated by Equatorial Launch Australia; and Abbott Point near Bowen in Queensland, where space launches by Australia’s leading launch vehicle company, Gilmour Space Technology, could occur as early as 2022. Australia’s geographic location makes it ideal for supporting both US and UK launch requirements, particularly those involving reusable launch technologies.

Other active approaches to space control through denial are being considered, including, for Australia, a ground-based space electronic warfare capability. A common AUKUS approach to rapid and responsive space launch to reconstitute lost capabilities, as well as defensive space control to defend critical systems, is an obvious step forward.