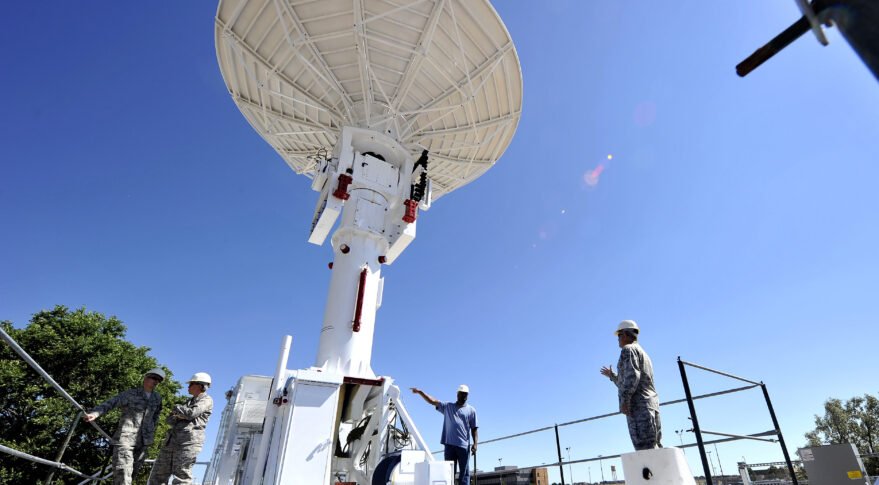 The satellite control network includes the ground stations and tracking antennas used by the U.S. military to communicate with its satellites

WASHINGTON — The Space Rapid Capabilities Office awarded BlueHalo a $1.4 billion eight-year contract to add communications capacity to the ground network used by the U.S. military to command and control its satellites.

The Space RCO, a U.S. Space Force organization that procures and manages classified space systems, announced May 24 that BlueHalo was awarded a so-called other transaction authority contract — a type of cooperative agreement used by the government to speed up projects. The contract is for the project known as satellite communications augmentation resource program.

BlueHalo is a privately owned defense and intelligence contractor based in Arlington, Virginia.

The satellite control network, or SCN, includes the ground stations and tracking antennas the U.S. military relies on to communicate with its satellites. The systems are decades-old and short of the capacity needed to keep up with the projected growth in space activities, officials said.

BlueHalo will use electronically steerable phased array antennas to increase the communications capacity for satellites in geosynchronous orbit.  The $1.2 billion contract is to upgrade up to 12 SCN units.

SCN sites are located in the United States and around the world. About 15 large dish antennas at these sites are used to command and control more than 190 military and government satellites in multiple orbits.

The SCN’s remote tracking stations monitor the position of satellites and control spacecraft propulsion, thermal and other systems. Because the legacy antennas can only talk to one satellite at a time, they have limited capacity to transmit and receive telemetry, tracking and command data.

The Pentagon’s Defense Innovation Unit and the Space Systems Command over the past two years have looked at options to replace the existing parabolic antennas with modern electronic phased arrays that can maintain contact with multiple satellites across different orbits and frequency bands.

The satellite communications augmentation resource program is an independent acquisition, a spokesperson said. The Space Systems Command completed an evaluation of phased arrays in February 2021 and “partnered with the SpRCO to share relevant information, knowledge and lessons learned from their original efforts.”