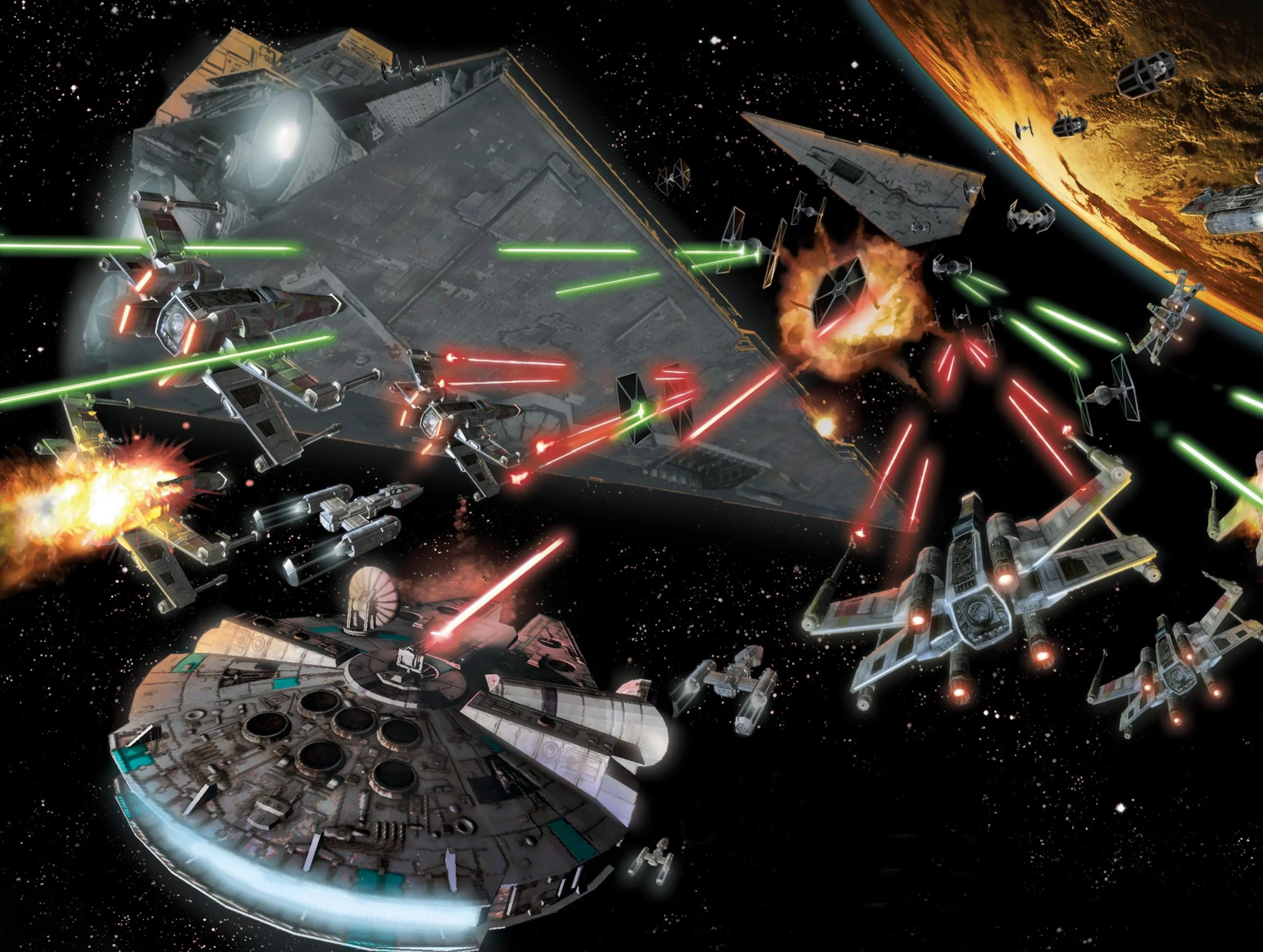 A “Space Warfighting Operations R&D”—being acronymed “SWORD”—laboratory “will be working in the area of autonomy to enable space systems to automatically detect and respond to threat conditions faster than a human operator could achieve,” declared Colonel Eric Felt at its opening last month.

The laboratory, in Albuquerque, is an arm of both the new U.S. Space Force and the U.S. Air Force. Colonel Felt heads the “Space Vehicles Directorate” of the laboratory and made the comments in what was described as a “keynote speech” at a “ribbon-cutting ceremony” at it.

The $12.8 million facility “is dedicated to the research and development of space military technology,” notes executivegov.com, a site which reports on U.S. government activities.

Felt’s statement about the laboratory developing “autonomy” in space warfare had a strong reaction among peace activists.

“The automation of war—surrendering human control to computers and Artificial Intelligence—is frightening and appears to hardly register a blip with our so-called elected officials who are consumed with begging for war-bucks while on their bended knees,” protested Bruce Gagnon, coordinator of the Global Network Against Weapons & Nuclear Power in Space.

“The U.S. imperial war project, now marching headlong into the heavens, is on autopilot. The public knows virtually nothing about it as the corporate owned media shares little news with the taxpayers other than cheer-leading these dangerous and provocative developments,” he said.

Herbert Hoffman, past president of the Veterans for Peace chapter in Albuquerque, stated: “Essentially Felt is supporting abandoning responsibility for making war to a pile of electronic wires, relays, chips. He is advocating abandoning rationality, assessment of error, etc. to an unthinking, no feeling ‘black box.’”

Bob Anderson, a U.S. Air Force Vietnam War combat veteran, co-director of the Albuquerque group Stop The War Machine and a member of the board of the Global Network, emailed the city’s mayor, Tim Keller. “As our mayor, I am greatly concerned about your support for SWORD,” he wrote. He cited the “autonomy” statement and said: “A war in space would be as bad or worse than a nuclear war and it could be triggered by computers here at SWORD. Are you OK with this?”

Also, Anderson a retired professor of economics and politics, wrote: “Some people once thought that a nuclear war was winnable.  They have been replaced now with people who think that a war in space is winnable.”

Drawing attention in recent times to a technological mistake that nearly resulted in nuclear war was the Danish documentary, “The Man Who Saved The World.”

As Wired magazine said about the film released in 2013: “A Soviet ballistics officer draws the right conclusion— that a satellite report indicating incoming U.S. nuclear missiles is, in fact, a false alarm— thereby averting a potential nuclear holocaust.” Sept. 26, 1983: The Man Who Saved the World by Doing … Nothing | WIRED

“Lt. Col. Stanislav Petrov was duty officer at Serpukhov-15, the secret bunker outside Moscow that monitored the Soviet Union’s early-warning satellite system, when the alarm bells went off shortly after midnight,” Wired related. “One of the satellites signaled Moscow that the United States had launched five ballistic missiles at Russia….Petrov could have been forgiven for believing the signal was accurate. The electronic maps flashing around him didn’t do anything to ease the stress of the moment. But Petrov smelled a rat. ‘I had a funny feeling in my gut’ that this was a false alarm. For one thing, the report indicated that only five missiles had been fired. Had the United States been launching an actual nuclear attack, he reasoned, ICBMs would be raining down on them….Petrov was initially praised for his cool head but later came under criticism…”

A subsequent investigation “found that the satellite in question had picked up the sun’s reflection off the cloud tops and somehow interpreted that as a missile launch.”

Petrov years later would receive honors in the west including the World Citizen Award “in recognition of the part he played in averting a catastrophe” and, posthumously, in 2018, the Future of Life Award. This, as noted the Bulletin of the Atomic Scientists, came while just “blocks away” at the UN “politicians’ were discussing North Korea’s nuclear arsenal yet “none mentioned the greater threat from the many thousands of nuclear weapons in the United States and Russian arsenals that have nearly been unleashed by mistake dozens of times in the past in a seemingly never-ending series of mishaps and understanding.”

“Broken Arrow…accidents involving nuclear weapons; Faded giant…accidents involving non-weapon reactors; and NUCFLASH…accidents that may lead to war.” One NUCFLASH, he said, “occurred when a bear climbed over a security fence” at a U.S. Air Force Strategic Air Command base near Duluth “setting off ‘intruder alarms’ at other SAC bases. A wiring error at one base illuminated “Nuke Russia now.” Nuclear armed B52 bombers were on the runway awaiting take-off when the error was discovered.”

Kotson asserted: “We need verifiable nuclear treaties with our adversaries to avoid mistakes.”

Colonel Felt also said in his May 20th address at the opening of the SWORD laboratory: “One of the reasons we stood up the U.S. Space Force was to ensure our nation has the capabilities to deter any threats in space. Our job in the SWORD lab will be to continue to develop resilient and innovative technologies that will protect our nation and allies from threats by our adversaries.”

Also at the event and speaking was Brigadier General Heather L. Pringle, commander of the Air Force Research Laboratory (AFRL) of which the SWORD laboratory will be a part. AFRL is based at the Wright Patterson Air Force Base near Dayton, Ohio.

“What happens next,” she said, “is we’ll have our AFRL researchers, students and industry working side by side thinking of new ways to benefit our space warfighters to get our most important technologies out the door to support them. I am very excited to be part of this SWORD lab.”

Meanwhile, the new U.S. Space Force is seeking more funds from Congress. Donald Trump said as he called in 2018 for it to be established: “When it comes to defending America it is not enough to merely have an American presence in space. We must have American dominance in space.”

President Joe Biden has not rolled back the formation of the U.S. Space Force. Also, in passing enabling legislation to create the Space Force in 2019, fellow Democrats in Congress largely voted with Republicans to establish in 2019 the sixth branch of the U.S. military. The Space Force is asking Congress for $17.4 billion as its 2022 budget. The $2 billion increase from this year is “for the domain that’s increasingly important to future conflicts and joint war fighting,” says C4isrmet, a website that describes itself as providing “Media for the Intelligence Age Military.”

Further, C4isrmet ran an article last week headlined: “Space Force seeks $832 million in classified spending, new missions and more in annual wish list.” This, it was explained, as it seeks to “develop a war fighting punch.”

The forming of the U.S. Space Force has come despite the Outer Space Treaty of 1967, formally titled “Treaty on Principles Governing the Activities of States in the Exploration and Use of Outer Space, including the Moon and Other Celestial Bodies.” It was put together by the U.S., the United Kingdom and then Soviet Union, and as of this year has been signed on to by more than 100 nations.

It provides that: “The exploration and use of outer space shall be carried out for the benefit and in the interests of all countries and shall be the province of all mankind…Outer space is not subject to national appropriation by claim of sovereignty, by means of use or occupation, or by any other means…States shall not place nuclear weapons or other weapons of mass destruction in orbit or on celestial bodies or station them in outer space in any other manner.”

There have been repeated efforts at the UN over the last several decades to expand the Outer Space Treaty with a “Prevention of An Arms Race in Outer Space” (PAROS) treaty that would not only prohibit the deployment of “weapons of mass destruction” in space but bar the placement of any weapons in space. Canada, China and Russia have led in advocating the PAROS treaty but the U.S., through a series of U.S. administrations, has essentially vetoed passage of it at the UN.

“Despite the existence of the Outer Space Treaty that was created to ensure peaceful use of space, the United States has inserted the new U.S. Space Force which has one clear goal—control and domination of the heavens,” said Gagnon of the Maine-based Global Network (www.space4peace.org). “A key solution to this growing peril of war in space is the creation of a new, expanded treaty, the PAROS treaty. But, sadly, the U.S. is heading in the opposite direction and now, with automation being added, an enormous new danger is being inserted into the challenge of keeping space for peace: automation of space warfare.”

As to the opening of the SWORD laboratory, “this illustrates for me,” said Gagnon, “how local communities, in need of economic development, come groveling to the Pentagon for any kind of weapons production no matter the ethical and real-world dangers these factories of destruction present.” Meanwhile, “The aerospace industry and its associated agents have become blinded by the quest for profit and power. The wake-up call is being sounded but those in power can’t hear.”