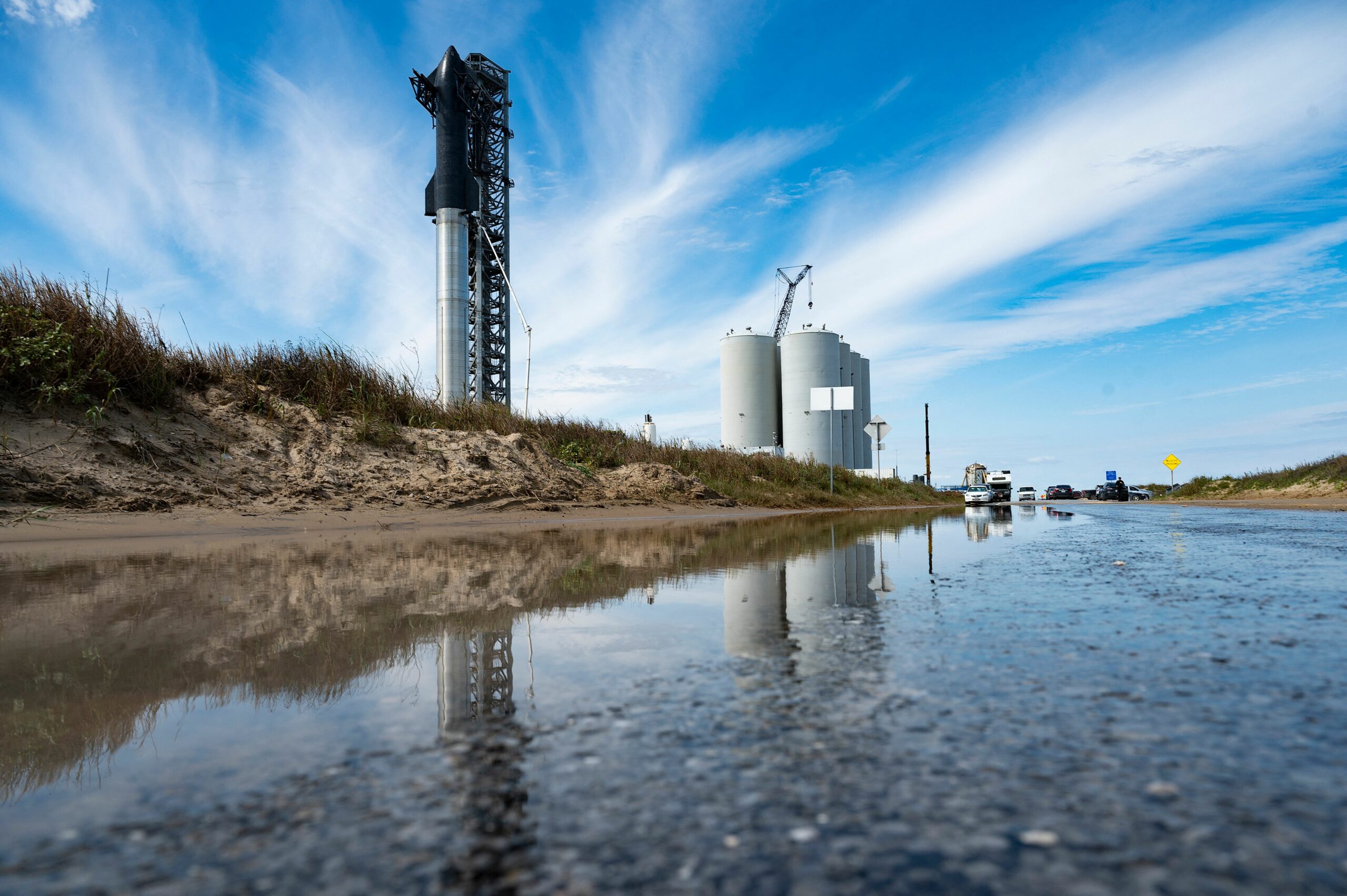 By Aman Azhar,
Published by Inside Climate News, 23 May 2022

Elon Musk’s private space company has evolved into a sprawling industrial complex. But concerns are increasing about beach closures, noise and potential harm to threatened species.

One day last month, Juan Mancias, the chief of the Carrizo Comecrudo tribe of Texas, and two companions headed to Boca Chica village, a bayside community in Cameron County, at the southernmost tip of the Lonestar state, close to the Mexican border.

Boca Chica, which means “little mouth” in Spanish, is where the fresh waters of the Rio Grande trickle into the Gulf of Mexico. The three men intended to say prayers on a nearby beach, an eight-mile stretch of untamed shoreline that is part of the Lower Rio Grande Valley National Wildlife Refuge.

“The river is a sacred place for praying. That’s when we start calling for the rains and we go to the river because that’s where the rains come from,” Mancias explained.

It was a four-hour drive, but about a mile before Mancias and his companions reached the beach, they were stopped by police officers at a roadside checkpoint and told to turn back, not far from a launch site built by Elon Musk’s commercial space company SpaceX. Ever since Musk announced he was coming to South Texas in 2014, the small unincorporated community of Boca Chica and residents of nearby Brownsville have seen the area change at breakneck speed.

“They told us that SpaceX was testing a rocket engine and access to the beach was restricted for safety reasons,” Mancias said.

“I asked them to let us go to the beach,” he said, “and even quoted the American Indian Religious Freedom Act to get access because it was a sacred day for us.” The officers, however, still wouldn’t let them through.

Tired of blocked access to the only public beach in the area, the Comecrudo Tribe, along with two local environmental groups, have filed suit against the county, the Texas General Land Office, and its Commissioner George P. Bush over the road closures during SpaceX operations. Restricting access to a public beach violates the Texas Constitution, the coalition of plaintiffs said, in announcing the legal action.

In the first three months of 2022, the plaintiffs said, the beach had been effectively closed for 196 hours; it was closed for more than 600 hours in 2021. “This is far beyond the numbers reported by SpaceX or even allowed under the framework the defendants are using as an unconstitutional loophole,” the plaintiffs said in a statement.

SpaceX, asked about the closures for this article, did not respond to multiple requests for comment.

But the road closures, earsplitting explosions when a launch fails, and the lack of access to public areas are not the only concerns for residents of Boca Chica village and the nearby city of Brownsville.

Since construction began in late 2015, the SpaceX facility—nicknamed Starbase—has evolved into a sprawling industrial complex, with launch sites, storage tanks for rocket fuel, and assembly and testing facilities busy with hundreds of workers. Starbase is one of the two spaceports in the United States licensed exclusively for private use.

Musk tweeted in March 2021 that he is “creating the city of Starbase” in Texas. A few weeks later, he tweeted that SpaceX was hiring engineers, technicians and support staff, urging people who wanted to work for the company to move to Starbase or the greater Brownsville area.

One of the poorest cities in the United States, Brownsville is home to a large Hispanic population and challenged by high rates of unemployment and poverty. SpaceX rolled in with big plans and tall promises of jobs and investment, promising to turn the city into a launch site for commercial voyages to Mars and beyond.

County and city officials, and some businesses, welcomed SpaceX as a much-needed boost to the local economy, bringing well-paying jobs and growth opportunities. At a recent “State of the City” event, Brownsville Mayor Trey Mendez said SpaceX was projected to contribute $885 million in gross economic output for Cameron County in 2022. He said that 71 percent of SpaceX employees were residents of Rio Grande Valley and thanked Musk for donating money for school improvement and downtown revitalization programs.

Environmental advocates and local activists and human rights groups have warned that the expanding SpaceX footprint is eroding Brownsville’s cultural identity, endangering ecological resources and sacred sites, and deepening the socio-economic disparities in the Hispanic majority city of 300,000. Testing bigger and more powerful rockets next to the city, a protected nature reserve and cultural sites can have devastating consequences, they argue.

But some authorities in Brownsville have not taken kindly to criticism. Rebekah Hinojosa, a local organizer and environmental activist, was arrested in February for allegedly spray-painting the words “gentrified” and “stop SpaceX” under a mural downtown.

Hinojosa said two cars of Brownsville police arrived at her apartment on the morning of Feb. 16 and pushed into the apartment without presenting a warrant. “Police forced its way into my apartment. They pushed and handcuffed me and didn’t even allow me to dress properly,” she said, adding that the officers also threatened to charge her with resisting arrest.

“I was barefoot when they walked me to the car and took me to the police station downtown,.” she said.

Hinojosa was transferred to a jail cell where, she said, her prescription glasses were taken away and she was interrogated without access to legal counsel. After 26 hours, she was released on a personal recognizance bond.

“We will continue to protest the negative environmental impact of continuing space launches,” Hinojosa said in a statement after her release.

In a written response, a spokesman for Brownsville police department said the case is ongoing and has not been closed by the District Attorney’s Office. “All the evidence and officers involved will give their testimony during the hearing,” he said. “Our department’s policy and procedures will also be presented at the time it is requested in the hearing.”

The mural Hinojosa allegedly spray-painted protest graffiti on was one of two that have popped up in downtown Brownsville, part of the city’s larger effort to rebrand itself.

Josue Ramirez, a local artist and a cultural critic, said the murals were painted by artists who had no ties with the local community. “Elon Musk Foundation gave the money for three murals,” Ramirez said, adding that one mural was painted by Los Angeles-based artist Ted Kelly. A Mexican artist, Sophia Castellanos, was commissioned to paint the other mural.

“Why couldn’t they find a local artist to do that?” said Ramirez.