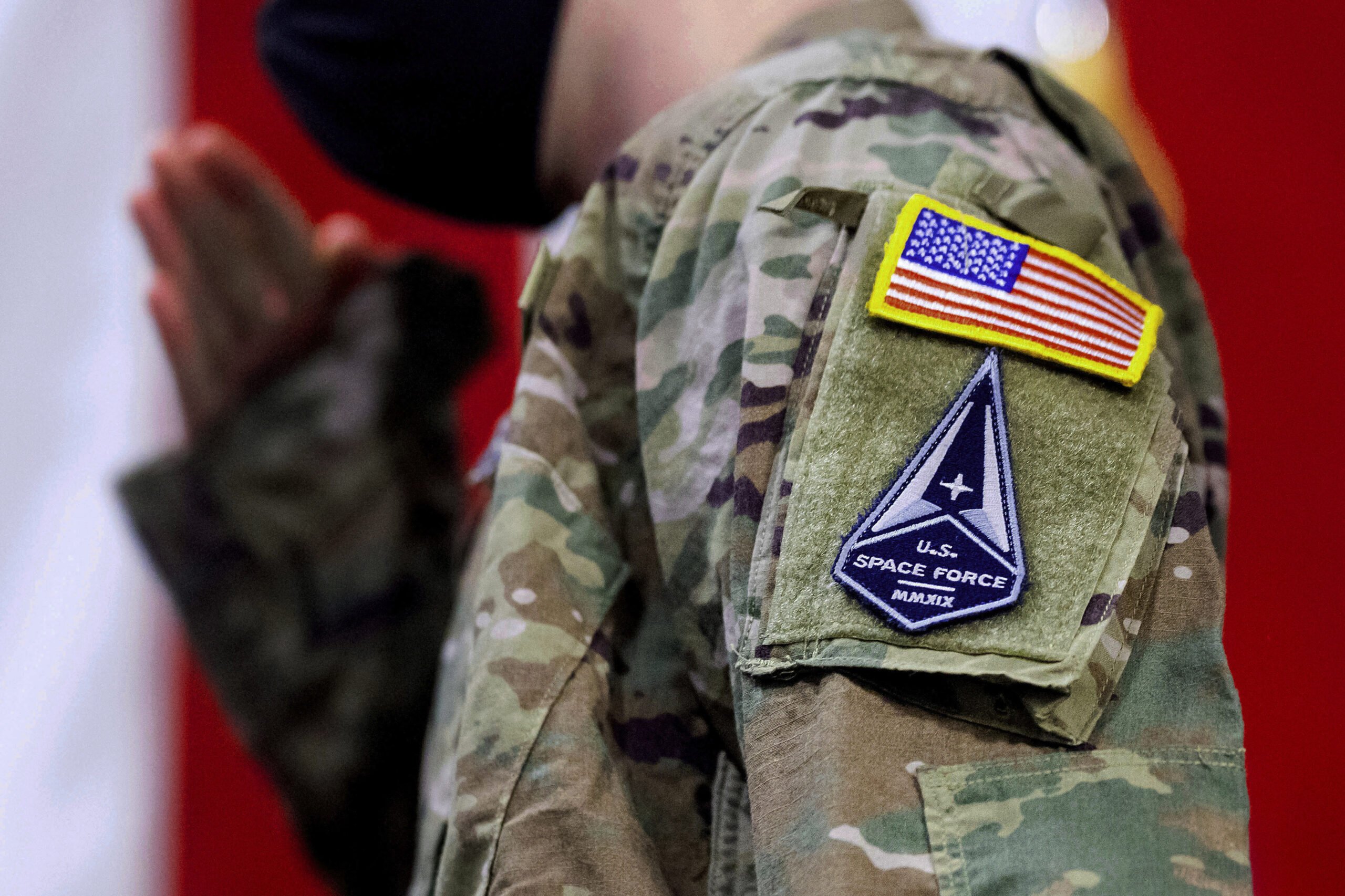 By The Associated Press,
Published by CPR News, 28 June 2022

WASHINGTON (AP) — About 1,000 Air National Guard troops who are assigned to space missions are mired in an identity crisis.

Torn between the Air Force, where they have historically been assigned, and the military’s shiny new Space Force where they now work, their units have become orphans, according to commanders, as state and federal leaders wrangle over whether to create a Space National Guard.

For federal authorities, the issue is mainly about the money. A Space Guard, they say, will create unneeded bureaucracy and cost up to $500 million a year. They argue it’s too high a price to slap a new name on a patch for an airman doing the same job at the same desk as a year ago.

But state Guard leaders say what’s at stake is more than than just uniform patches. They say the split has caused budgeting gaps, training delays and recruiting problems, and if unresolved will lead to bigger divisions, eroding units’ readiness in some of the nation’s critical space warfighting and nuclear command and control jobs.

The state leaders don’t buy the money argument. They say a Space Guard will be needed in only seven states and Guam, where the Air Guard members who support space missions already reside. The cost, they say, will only be about $250,000, for new signs, tags and other administrative changes.

“When they removed all the space operators out of the Air Force, the Air Force no longer really does space,” said Air Guard Lt. Col. Jeremiah Hitchner, commander of the 109th Space Electromagnetic Warfare Squadron in Guam.

Hitchner was referring to the decision to shift active-duty Air Force troops doing space missions into the new Space Force. “They left us in the Air Force. So we were — for lack of a better term — orphaned. We were left on our own to survive.”

Many of those Guard members work with America’s highly sensitive and technical military satellite communications and missile warning systems. They are responsible for ensuring that those systems can survive and operate under all peace and wartime conditions.

President Donald Trump ordered the creation of a Space Force in June 2018. But even before then, it had already been under discussion within the Air Force as a way to better defend U.S. interests in space, especially navigation and communication satellites.

Unlike the Army, Navy and Air Force, the Space Force is not its own military department. Instead, it’s administered by the Air Force secretary, is led by a four-star general and provides forces for U.S. Space Command, which oversees the military’s space operations.

To limit costs and avoid establishing a vast space bureaucracy, only a few military career fields were created for the Space Force: mainly space operations, cyber and intelligence jobs. Active-duty airmen who were doing those missions became Space Force Guardians.

There are about 7,000 active-duty Guardians, and a similar number of civilians, with a budget of about $18 billion for this fiscal year. Other duties — including legal, medical, public affairs and some administrative posts — continue to be carried out by Air Force staff.

The opposition to creating a small Space Guard appears to be centered at the White House and Office of Management and Budget. Last September, the budget office said it strongly opposed a Space National Guard, citing Congressional Budget Office estimates that it could cost about $500 million a year.

“Establishing a Space National Guard would not deliver new capabilities — it would instead create new government bureaucracy,” OMB said. “The Air National Guard and Air Force Reserve units with space missions have effectively performed their roles with no adverse effect on DOD’s space mission since the establishment of the Space Force.” DOD refers to the Department of Defense.

While having a Space Guard was part of the initial Air Force plan, the funding limits have become the overriding issue. There are worries that creating a Guard structure would mean more overhead costs, including the need for a Space Guard commander and other senior staff. Also, there is a distant fear that once that structure was in place, other states could lobby for their own units, again expanding the costs.

In the states, Guard members say they are struggling with increased bureaucracy and that it’s becoming harder to get training slots for new recruits.

Sitting alongside the active-duty Space Guardians, the Air Guard members say they’re doing their same jobs, but without a formal link to the Space Force. As the Space Force develops its own job descriptions and requirements, Air Guard troops complain it’s more difficult to be promoted in space mission jobs.

Commanders said that over time, the disconnect will worsen. Already, they said, funding is becoming a problem because they are requesting money from the Air Force for a Space Force mission or equipment.

“The Space Force and Air Force now have their own fund lines. They’re appropriated completely different,” said Hitchner. “That makes an issue for me because I’m in the air side trying to spend Space Force money. It’s sometimes legally not possible.”

Some members of Congress are pushing for a Space Guard, citing many of the same efficiency and bureaucracy reasons. Legislation has been proposed but has not passed.

In a letter to President Joe Biden, the National Guard Association of the U.S. argued that OMB incorrectly inflated the price tag and ignored Air Force studies that concluded creating a Guard would be more efficient.

“The personnel are already on the payroll and the equipment and facilities are in place.” said retired Brig. Gen. J. Roy Robinson, the association’s president. “A Space National Guard could grow in the future, but only to meet requirements specified by the Space Force.”