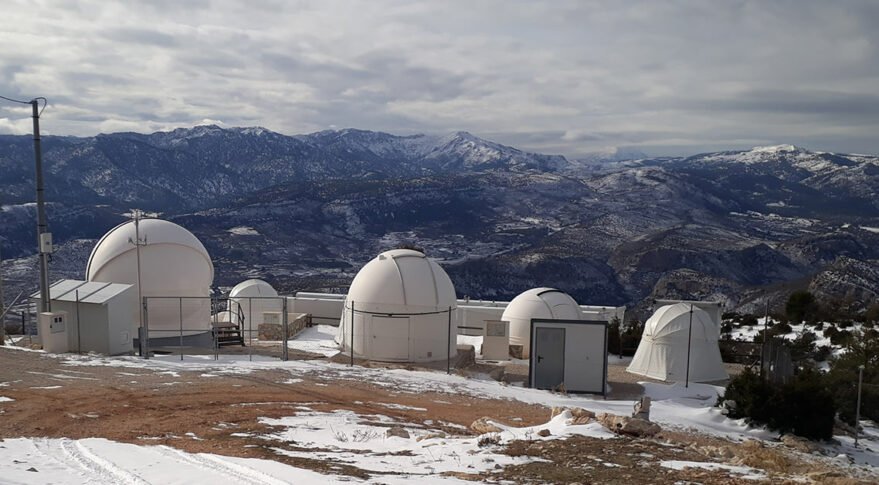 WASHINGTON — Numerica, a company that operates a network of ground-based telescopes to track objects in deep space, is deploying new sensors that can observe orbiting satellites in broad daylight.

The telescopes were funded with $3 million the company won in 2019 at a pitch day event hosted by the U.S. Air Force to attract space industry firms to the military market.

A total of six daytime telescopes that can monitor satellites at altitudes of more than 22,000 miles are being installed in Colorado and outside the United States in Australia and Spain, Todd Brost, director of special projects at Numerica, told SpaceNews.

The Air Force decided to invest in the technology Numerica developed to make daytime telescopes autonomous and cheaper to operate.  The funding is to help commercialize and lower the cost of tracking satellites without interference from the sunlight, Brost said.

Daytime imaging today is performed by a handful of very large and expensive telescopes. Brost said the Space Force and U.S. Space Command need more capabilities to watch satellites under all conditions.

The Space Force will have access to data from these new sensors, said Brost. Numerica is in discussions on longer term options such as building new sites that the government would own. “Obviously, there’s all kinds of options to contract to build stuff for them and buy data.,” he said.

With this contract, the government gets to see how these telescopes perform before it makes any long-term investment, Brost said.

The sensors appear to be performing well, said Brost. “With a prototype system we have been able to track active satellites in the middle of the day pretty consistently,” he added. “The only limit is the sun angle, you can’t stare into the sun.”

The next phase of the program is to integrate the daytime with the nighttime  sensors network to get a complete picture, said Brost. “That seems to be the greatest interest from the government side is maintaining custody of high interest objects for longer periods of time so you know whether they maneuver, or if they’re doing something unusual.”

The Space Force operates its own network of space surveillance sensors but wants to work with private sector companies that have more flexility than the government to host sites in foreign countries.

“A couple of our sites that we’re looking at are in places that it’d be very doubtful that the U.S. government could put sites there,” said Brost.