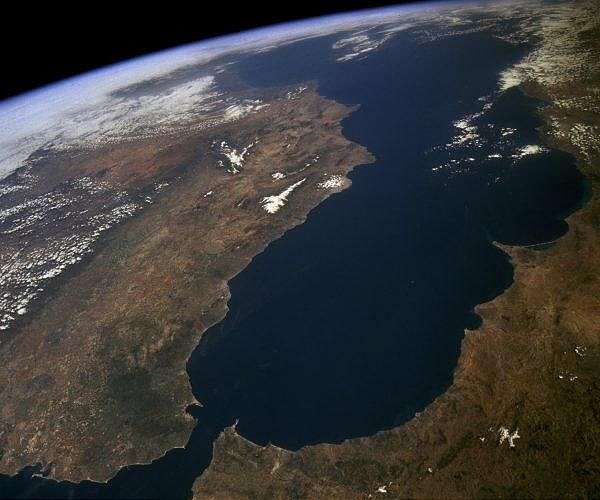 By Staff Writers for Launchspace,
Published in Space War, 26 April 2021

For low-Earth orbit (LEO) traffic there is such a geographic phenomenon. Thanks to the physics of orbital mechanics, the equatorial plane offers the potential to act as an access-control point. The underlying reason is that all LEO traffic must cross the equator within every 50-minute time interval.

This means that every satellite in every LEO constellation must cross the same plane twice per circuit around the Earth. If some entity were to place an offensive/defensive system in equatorial orbit, this could potentially control all near-Earth space operations. Such a concept could represent the foundation for a space-control architecture.

Imagine a scenario in which the US Space Force (USSF) might want to control all LEO operations. It is conceivable that one or more armed military space stations could be placed over the equator with crews that consist of USSF Guardians who operate a variety of onboard and ground-based weapons. Such vehicles could be equipped with docking ports to allow rendezvous and docking of other spacecraft for crew transfers and resupply activities.

Currently, there is only one fully operational and permanently inhabited space station in LEO, the International Space Station (ISS). This huge spacecraft is over 20 years old and is used to provide an orbiting facility for studying the effects of spaceflight on the human body and for conducting many long-length scientific studies.

Because China, India, Russia and the US are planning other stations for the coming decades, space is already heavily contested by several spacefaring nations. There are already many adversarial operations in LEO and these seem to be intensifying. A primary mission of the USSF is to protect space assets and maintain US space superiority.

This orbital inclination was selected to accommodate Russian launch-site constraints while offering coverage of most populated areas. Without Russian participation the ISS orbit could have been inclined at 28.4 degrees, the latitude of the US launch site at Cape Canaveral. Unfortunately, the use of inclined orbits imposes certain limitations on launch timing and orbital operations as compared to equatorial destinations.

The use of an equatorial launch site would relieve certain constraints. For example, all spacecraft that are sent to the ISS have very narrow launch windows because liftoff can only occur as the launch site passes through the plane of the ISS orbit. If a planned launch window is missed, there is a one-day launch delay.

A launch from an equatorial launch site to an equatorial space station can occur at any time because the launch site is always in the plane of the station. This geometrical convenience is also true for reusable transport vehicles, i.e., reentry will always bring the vehicle back to the equator.

A number of on-orbit operations can be simplified when operating in equatorial orbits. Maneuvering propellant is minimal because no plane changes are required for rendezvous and servicing of satellites.

Rescue operations can be conducted at any time. On the adverse side, surveillance of the Earth’s surface is limited to near-equator regions and launch operations would require an equatorial spaceport. Nevertheless, there may be important national security advantages for over-the-equator stations.