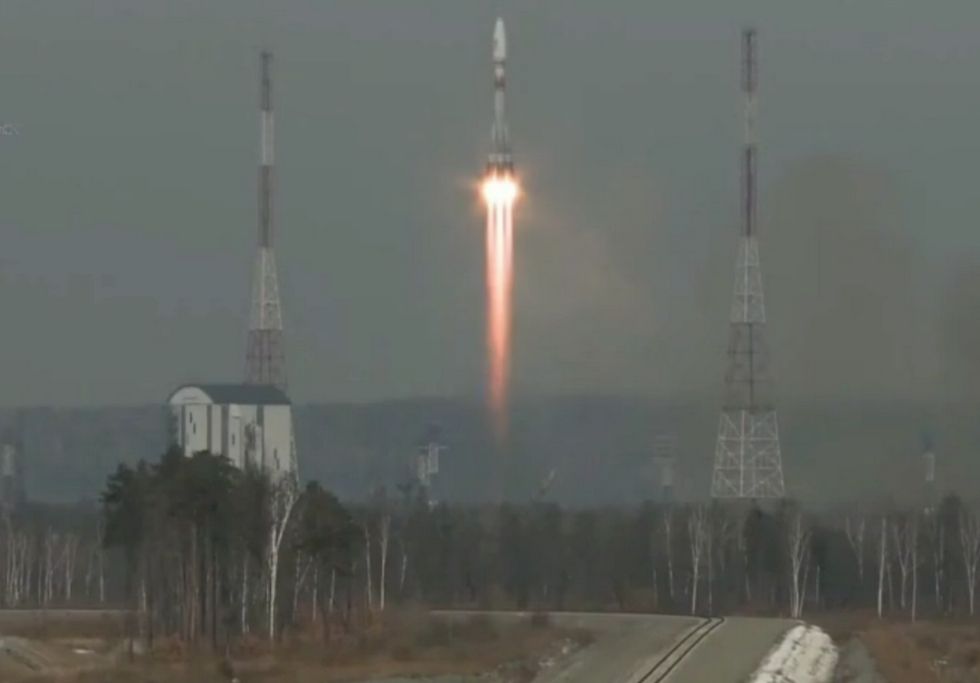 After a successful launch, a Russian Soyuz rocket is on its way to low Earth orbit to drop off 36 satellites created by UK firm OneWeb, set to join a “constellation” of small devices designed to expand internet coverage worldwide.

Moscow’s space agency Roscosmos took to Twitter with a progress update late on Wednesday night, noting that the separation of the satellites had already begun, while also sharing an animation showing how the rocket booster will detach from the rest of the spacecraft.

The agency, as well as OneWeb itself, also released photos and videos of the rocket’s initial launch from the Vostochny Cosmodrome near the Russian town of Tsiolkovsky, which appeared to go off without a hitch. The launch marked the fifth Soyuz flight so far in 2021, according to Spaceflight Now.

Aiming to put a constellation of some 650 satellites into Earth’s orbit in a series of launches, the OneWeb project kicked off in February 2019, when six test satellites were shot into orbit, followed by 34 operational devices about a year later. Since that time, 70 more have been successfully launched, not including 36 set to join them in the current mission.

The satellite firm encountered financial difficulties after initially inking a deal with French commercial launch provider Arianespace, however the agreement was renewed last year. With cooperation from Moscow, the two companies have agreed to launch 16 Soyuz rockets carrying satellites from the Kourou (French Guyana), Vostochny (Russia), and Baikonur (Kazakhstan) cosmodromes between 2020 and 2022.

OneWeb was founded by an American tech entrepreneur under the name WorldVu in 2012, aiming to provide affordable high-speed internet worldwide, including parts of the world with poor or no internet access. After declaring bankruptcy last March, however, the company is now jointly owned by the British government, India’s Bharti Global – a multinational conglomerate involved in manufacturing, agribusiness and telecoms, among other things – and another multinational based in Japan, SoftBank.