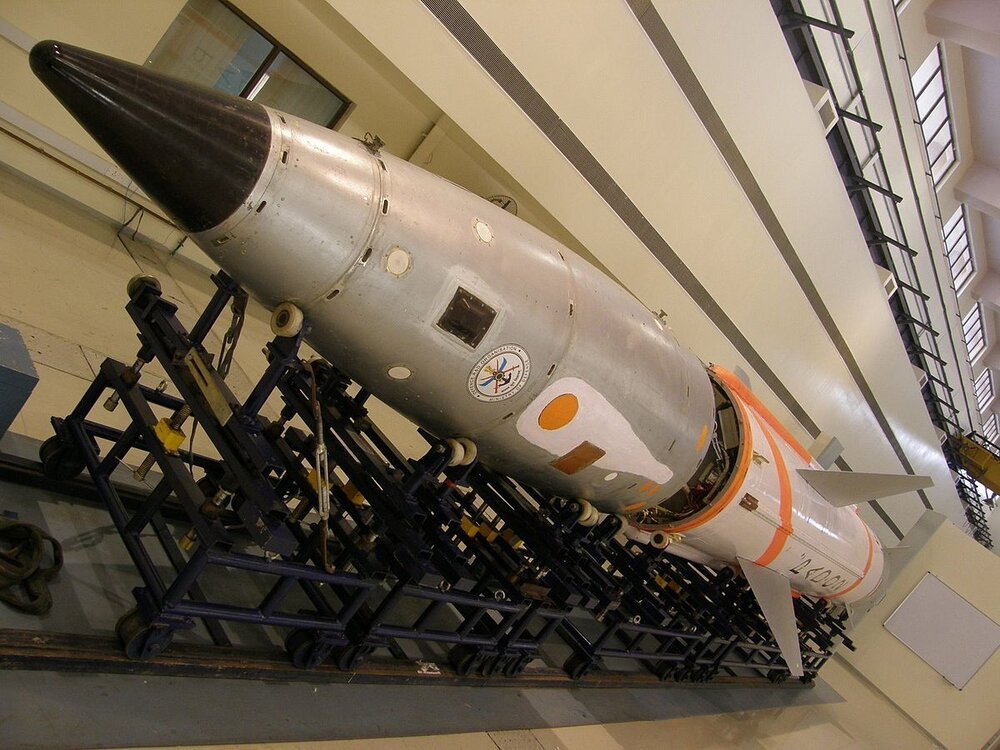 By Joyce Nelson,
Published by The Canada FIles, 20 September 2021

During the 2021 federal election campaign, there has been almost no emphasis or discussion in the media on the Liberal government’s plan to spend more than $553 billion on the military over the next 20 years, including the awarding of contracts for purchase of military fighter jets and armed drones in the next few months. The contracts for new frigates have already been awarded, including design components by Raytheon, Lockheed Martin, and BAE Systems.

Even more telling, there has been virtual silence about the fact that Canada is quietly being moved into position to participate in U.S. ballistic missile defence (BMD) – a hot-button issue in Canada since December 2001, when U.S. President George W. Bush withdrew from the Anti-Ballistic Missile Treaty.

Since then, the U.S. has spent more than $100 billion attempting to build a missile shield, and for almost two decades the U.S. and defense industry lobbyists (Boeing, Raytheon, Lockheed Martin) have been pressuring Canada to join in.

In January 2021, CBC News reported, “The recent Liberal defence policy reaffirmed the 2005 decision by Paul Martin’s government to remain on the sidelines of any continental BMD effort, despite pleas from both the Senate and House of Commons defence committees to reconsider joining.”

Only six months later, however, that Liberal policy appears to have dramatically changed.

Their August 14th joint statement says: “Canada and the United States share a desire to coordinate in fielding new capabilities to complement and eventually replace the North Warning System with more advanced technological solutions as soon as possible, including next-generation over-the-horizon radar systems that can dramatically improve early warning and persistent surveillance of North American airspace and approaches. Ensuring effective awareness ultimately requires a system-of-systems approach including a network of Canadian and U.S. sensors from the sea floor to outer space.”

“System-of-systems” is Pentagon jargon for BMD.

Political/Defense analyst Keith Jones has stated that this joint commitment is meant to pave the way “for Canada’s participation in the US ballistic missile shield, whose underlying purpose is to enable the US to wage ‘winnable’ nuclear war.”

That may be why there has been so much silence around the joint statement. If no one knows about it, or what it means, then there can be no opposition to it.

A Bit of History

In 2014, a Canadian parliamentary panel gave its full support for the government to join in the development of the U.S.-led missile shield for North America. The Canadian Senate Committee on National Security and Defence announced in June 2014 that the panel was “unanimous in recommending that the government of Canada enter into an agreement with the United States to participate as a partner in ballistic missile defense.”

The Committee chair was Conservative Daniel Lang, while Romeo Dallaire was the Liberal deputy chair.

The Committee made that determination even though critics at the time were saying that the system – called Ground-based Midcourse Defense (GMD) – doesn’t work and can’t destroy incoming warheads.

Nonetheless, proponents for GMD were touting the fact that out of 17 tests conducted as of 2014, the system had been able to intercept and destroy an incoming mock target nine times – or more than half of all attempts made. That seemed like a remarkable track-record. The Los Angeles Times, however, noted that all the tests had been “carefully staged: Specialists operating the system know the target’s precise dimensions, expected trajectory, speed and time of launch – information they would not have in combat conditions.”

The 2014 parliamentary committee – which apparently did not read the Los Angeles Times’ caveat about the tests – endorsed the Pentagon’s “system-of-systems” for Canada’s participation.

During the 2015 federal election campaign, then-prime minister Stephen Harper made no commitment to BMD, saying only that “we keep evaluating our options,” [2] but his loss temporarily ended discussions about the contentious technology, which critics continue to describe as a complete waste of money.

It wasn’t long, though, before ballistic missile defence rhetoric heated up again.

By August 2019, the defence committees in both the House of Commons and the Senate were also advocating for BMD in response to North Korea.

And by March 2021, a professor at the Royal Military College, Christian Leuprecht had widened the potential for threats to Canada if it didn’t join in BMD. He told CTV News that integrated power grids that are shared between U.S. and Canada could be targets of Russia and/or China’s intercontinental ballistic missiles. “You can hit a component in Canada and have a dramatic impact on the entire North American continent, and the entire North American system and how it functions,” he said.

In the U.S., defense lobbyists appear to be winning the renewed push for BMD.

On September 10, Mark Muhich wrote for Counterpunch, “Despite fantastical cost overruns, persistent test failures, cynicism from the scientific community, warnings that Ballistic Missile Defense can be easily defeated with chaff and camouflage technologies, bi-partisan opposition, and credible charges that Missile Defense has renewed a nuclear arms race, BMD finds its place in the Defense Authorization Act year after year. One prime reason is the vast lobbying power of defense contractors, especially Missile Defense contractors like Boeing, Lockheed Martin and Raytheon.

“Defense contractors spent $58 million in the first six months of 2021 lobbying Congress to fund defense and missile defense contracts. These contractors were also some of the first to make PAC contributions to Members of Congress who had refused to ratify Joe Biden’s election after the January 6 insurrection. …If President Biden is a good as his word he will halt the nuclear arms race, restarted by the U.S. and its provocative Ballistic Missile Defense programs.”

Both Russia and China have warned that the Pentagon’s relentless pursuit of ballistic missile defense destabilizes security for their countries and causes nuclear escalation.

As Canadian peace activist Peggy Mason, president of the Rideau Institute, recently wrote, “So the untold billions spent by the USA on nuclear modernization and missile defences have played a key role in convincing China that it, too, must increase its nuclear arsenal. Can there be clearer proof of the utter disconnect between the US nuclear posture and the security of that country (and its allies)?”

For a thorough analysis of BMD, a must-read is the lengthy July 26, 2021 report by Ernie Regehr, called “Canada and the Limits to Missile Defence,” available on The Simons Foundation website. Regehr is particularly scathing about U.S. “first strike,” pre-emptive attacks and the chronic strategic destabilization and instability that BMD is causing around the world.

Perhaps a deeper dive into the origins of the missile shield concept will reveal the urgency of stopping it.

During the final years of the Clinton presidency, some of the top right-wing, neo-conservatives in the U.S. formed a think-tank called the Project for the New American Century (PNAC) in 1997. The founders included William Kristol and Robert Kagan, as well as several people who would go on to hold key positions in the George W. Bush administration: Dick Cheney, Donald Rumsfeld, Paul Wolfowitz, Lewis Libby, and Jeb Bush (George’s brother).

According to SourceWatch, PNAC had “roots in the 1992 Pentagon,” and several of its 25 founding members had been “long-time fixtures in the U.S. military establishment.” PNAC focused on a need to “re-arm America.”

A year after the PNAC founding, PNAC member Donald Rumsfeld in 1998 chaired the bipartisan Commission to Assess the Ballistic Missile Threat to the United States.

In September 2000, three months before the Supreme Court decided that George W. Bush would be president, PNAC published a 76-page document entitled “Rebuilding American Defenses,” which advocated for “ballistic missile defense” against “rogue states”. According to SourceWatch, PNAC’s advocacy for BMD “came through Donald Rumsfeld … and Vin Weber, a registered lobbyist for Lockheed Martin and other Fortune 500 companies,” who was a founding member of PNAC.

The 2000 PNAC document urged the incoming administration to “develop and deploy global missile defenses to defend the American homeland and American allies, and to provide a secure basis for U.S. power projection around the world;” “control the new ‘international commons’ of space;” and end what it called the Clinton administration’s “devotion” to the Anti-Ballistic Missile treaty.

Meanwhile, in late 2000, Donald Rumsfeld had moved on to chair the U.S. Commission to Assess National Security Space Management and Organization.

In an article first published by New View magazine in 2011, Richard Ramsbotham analyzed PNAC’s “Rebuilding American Defenses” report and quoted extensively from it, especially its call for the Department of Defense to “move more aggressively to experiment with new technologies,” with a focus on a “world-wide command-and-control system” for tracking and bringing down missiles. The PNAC document reveals the extent to which ballistic missile defense emerged from Pentagon-linked neoconservatives grounded in a desire for a new Cold War.

Ramsbotham noted a key sentence in the September 2000 PNAC document and its “most ominous” statement: “The process of transformation, even if it brings revolutionary change, is likely to be a long one, absent some catastrophic and catalyzing event – like a new Pearl Harbor.”

“Rebuilding American Defenses” complained extensively about the Clinton administration’s “decade of defense neglect” and challenged the next U.S. president: “he must increase military spending to preserve American geopolitical leadership, or he must pull back from the security commitments that are the measure of America’s position as the world’s sole superpower. …This choice will be among the first to confront the president.”

A year later, with Donald Rumsfeld acting as U.S. Secretary of Defense, the events of 9/11 ushered in massive spending for the military’s “forever wars.”

According to a new analysis by William Hartung – director of the Arms and Security Program at the Center for International Policy – the massive surge in Pentagon spending since 9/11 has amounted to $14 trillion, with up to half of that amount going to just five military contractors: Lockheed Martin, Boeing, General Dynamics, Raytheon, and Northrop Grumman.

Presently, the NDP is further embracing militarism. Their current party platform complains about “outdated” military hardware and states : “In contracting for new military equipment, including ships and fighter jets, New Democrats will ensure maximum industrial benefits and jobs. This will help ensure the survival of healthy shipbuilding and aerospace industries all across Canada.”

With anti-Russia and China rhetoric so paramount, with militarism and military spending so rampant, and with Canada’s war hawks (especially Harjit Sajjan and Chrystia Freeland) eager to please the U.S., it looks like BMD is quietly back on the federal agenda in Canada.

Regehr urges that Canada “maintain its decades-long wariness of strategic missile defence” and instead pursue, “in the company of like-minded states, the arms control/disarmament and prevention strategies on which Canadian and global security really do depend.”