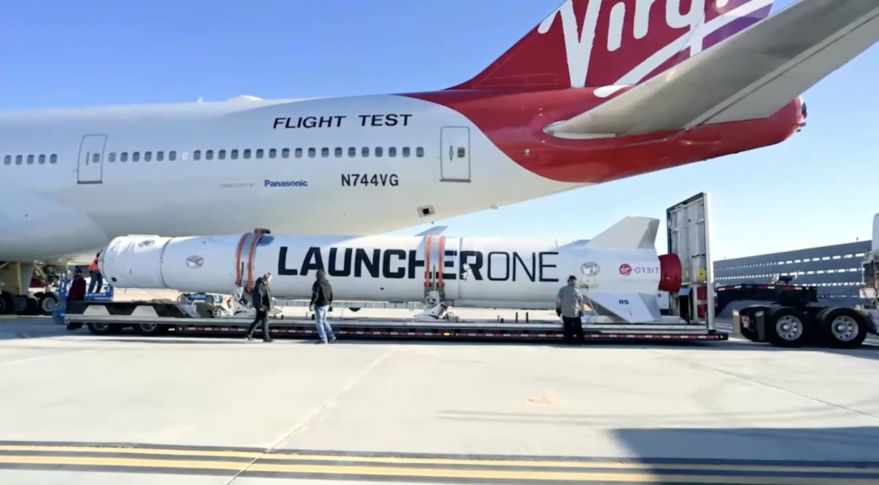 CEO Dan Hart: ‘We’ve had quite a extensive dialogue at all levels of the executive branch and with the Space Force, and the intelligence community’

WASHINGTON — Virgin Orbit projects that more than 40% of the company’s business by 2026 will be in national security and defense.

Virgin Orbit launches small satellites from rockets that deploy from a Boeing 747 aircraft. The company has already won a handful of contracts to launch U.S. military satellites and is actively pursuing new business in the national security market, executives said Nov. 17 during an “Investors Day” event.

The company’s next mission planned for early to mid December will launch the U.S. Space Force STP-VP27B satellite as well as other commercial payloads.

The air-launched LauncherOne rocket can fly small satellites to low Earth orbit from almost any airport, which gives Virgin Orbit an edge at a time when space is becoming a battleground, Hart said. “This week of course we saw a sad event where the Russians decided to demonstrate an anti-satellite weapon and blew up one of their own satellites, sending a message that no satellite is safe in space.”

If U.S. satellites ever came under attack and the Pentagon needed to deploy new ones quickly, an air-launched vehicle that can provide services on short notice would be a valuable asset, he said. “The ability to launch from anywhere is hugely important if a satellite is rendered incapable or attacked,” he added. “If we can demonstrate that we can get a satellite up on a regular basis  from anywhere at any time, that really disincentivizes countries from investing in these kinds of weapons.”

Hart said Virgin Orbit has been pushing the U.S. government to increase budgets for responsive launch services. In recent months “we’ve had quite a extensive dialogue at all levels of the executive branch and with the Space Force, the intelligence community, as well as the legislature and key committees,” he said.

The company’s pitch is based on the idea that the current U.S. space launch assets are concentrated at Cape Canaveral, Florida, and such centralization creates vulnerabilities.

“That’s not where you want to be as a military capability,” said Hart. The current launch infrastructure “grew up naturally as we grew up through the scientific age of space launch. But as an operational capability, there are some significant downsides because it’s vulnerable, not only to human efforts, but to hurricanes.”

Tony Gingiss, Virgin Orbit’s chief operating officer, said the company is talking to the Space Force about demonstrating how it might carry out a launch on a 24-hour call up.

Another idea being discussed with the Space Force is standing up “launch squadrons” of launch vehicles in a ready state, said Gingiss. “We would have satellites already encapsulated to be able to provide certain missions.”

A new aircraft next year

If Virgin Orbit carries out its planned December mission, it will have completed three launches in 2021. It is aiming for six next year and 18 in 2023.

To support the additional business, Virgin Orbit is looking to reduce the production cycle for a LauncherOne from a year down to six months. It also plans to buy a second carrier aircraft next year to supplement its current Boeing 747 nicknamed Cosmic Girl.

Hart said it could be another 747 or a freighter, depending on what’s available in the market. A freighter would be preferable as it could carry two rockets and payloads, making it more suitable for national security missions.

On the commercial side, Hart announced a new partnership with Astroscale, a provider of satellite servicing and debris removal services. Astroscale said it is in discussions with Virgin Orbit to launch as many as 10 of the company’s missions over the next decade. The two companies are also considering a joint mission focused on satellite servicing.

Hart said the Russian anti-satellite test and the debris problem it’s created is a “difficulty that we don’t need .. And we don’t want this to be the way we drum up business.”

Virgin Orbit plans to go public through a merger with the special purpose acquisition company (SPAC) NextGen Acquisition Corp. Hart said the transaction is still under regulatory review and he could not comment on when the deal might be completed.