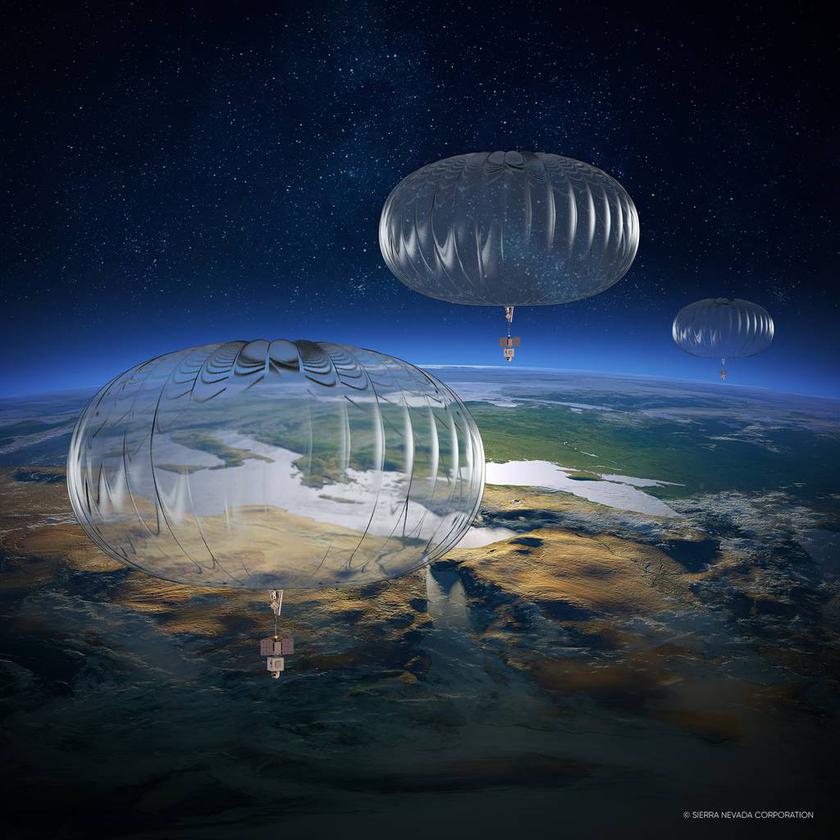 WASHINGTON — Sierra Nevada Corp., the world’s 54th largest defense contractor in the Defense News annual ranking, will provide the U.K. with high-altitude uncrewed balloons to be used for surveillance and reconnaissance.

The U.S. aerospace company headquartered in Sparks, Nevada, will demonstrate the balloons’ capabilities as part of a U.K. Ministry of Defence’s Project Aether assessment phase contract, according to an Aug. 10 press release from the company. The contract is valued at as much as £100 million (U.S. $121 million) and comes amid similar investments in the technology from U.S. lawmakers.

The U.K. project looks to address the country’s need for communication systems that are rapidly maneuverable for long-duration missions that require minimal resupply or maintenance. Ayse Caglar, a spokesperson for Sierra Nevada did not immediately return a phone call seeking comment.

“SNC has a long history of rapid development, integration and worldwide deployment of C5ISR systems across all domain environments,” said Tim Owings, the company’s executive vice president, in a statement. “We are very pleased to demonstrate SNC’s legacy of success with these types of autonomous systems to the MOD and continue expanding our footprint within the U.K.”

The U.K. ministry announced the project in December, saying it was seeking “an uncrewed stratospheric communications and intelligence, surveillance, and reconnaissance (ISR) capability with a global reach in near-real time.”

With their minimal weight, high-altitude balloons have attracted attention for their ability to remain in the air for long periods of time while conducting surveillance operations as well as their potential capability to track hypersonic weapons.

Across the pond, U.S. lawmakers have also signaled their interest in the technology. The Senate version of the National Defense Authorization Act for FY23 puts $15 million toward stratospheric balloon research. The bill also includes an additional $10.2 million for high-altitude balloons for SOUTHCOM as an “unfunded requirement” — or wish-list item — under its classified programs list.

Gen. Laura Richardson, commander of SOUTHCOM, told the House Armed Services Committee in March that the command is interested in operationalizing resilient, energy-efficient platforms that reduce emissions, such as high-altitude balloons.

The U.S. military has been exploring potential uses for balloons for years. In 2019, the military conducted surveillance tests using high-altitude balloons made by SNC across midwestern states, according to documents filed with the Federal Communications Commission.

The balloons, which could reach the stratosphere at altitudes of up to 65,000 ft, were said to be tested to see if they could be used for the surveillance of narcotic trafficking and homeland security threats. According to Pentagon budget justification documents, the U.S. project that tested the balloons concluded in FY 2021.

The Army has also explored the possibility of using high-altitude balloons to provide beyond-line-of-sight capabilities and has tested the technology at its White Sands Missile Range in New Mexico.

Demonstrations of SNC’s surveillance balloons for Project Aether are expected to take place later this year.