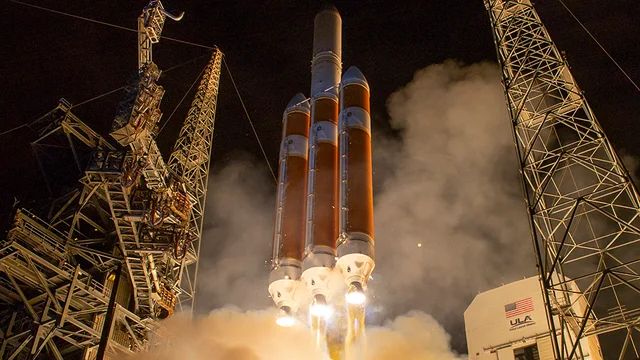 By John Fairlamb
Published in The Hill – 4 February 2021

Now that separate space organizations have been established, major military commands are advocating to develop new capabilities. Pentagon buzzwords characterize space as a “contested domain” and some consider actual war-fighting in space to be inevitable. Some advocates argue that the U.S. should strive for technological superiority in space to ensure our dominance of that critical domain.

The history of technological advancement in weapons systems shows that any advantage gained usually lasts fewer than five years and guarantees a cycle of ever-increasing cost and new perceptions of threat. Already, there are weapons that can be targeted against space-based assets from non-space domains. Russia and China are believed to have deployed ground-based capabilities to attack satellites, and India joined this club last year by using a ground-based missile to bring down a satellite.

Although it isn’t clear how the Biden administration will shape space policy, during his confirmation hearing, Secretary of Defense Lloyd Austin seemed to signal a shift away from a more muscular approach and back to a focus on space resiliency and protecting U.S. space assets. As one analyst concluded, the language Austin used signals the Biden team wants to “start to lean away from … the pugilistic aspects of what’s been articulated [by the Trump administration].” Responding to a question about what his advice would be to the U.S. Space Command concerning military space operations, Austin stressed measures to protect U.S. assets that don’t include offensive options for taking the fight to adversaries. While not a fully articulated space policy, this is a welcome change of tone after the past few years of heavy breathing about waging war in space.

For example, buried in the DOD 2020 budget is $150 million for research into putting missile defense assets in space to attack enemy nuclear missiles in the boost phase. If the U.S. or another nation does deploy weapons in space, it would be the first country to do so and likely would be a disaster for strategic stability. To ensure the credibility of their nuclear deterrents, Russia, China and others could be expected to respond by deploying additional and new types of long-range ballistic missiles, as well as missiles employing non-ballistic trajectories that are harder to hit.  Russia and China also would strive to improve their ability to destroy U.S. space-based interceptors, which would greatly increase the threat to the full array of U.S. space assets.

It’s time for arms control planning to address the issues raised by this drift toward militarization of space. Space is a place where billions of defense dollars can evaporate quickly and result in more threats about which to be concerned. China and Russia have been proposing mechanisms for space arms control at the United Nations for years; it’s time for the U.S. to cooperate in this effort.

In 2015, Frank Rose, assistant secretary for arms control, verification and compliance in the State Department, called for arms control in space at the Association of Southeast Asian Nations Regional Forum workshop on space security. But, he said the Obama administration opposed a 2008 Russian and Chinese proposal to ban all weapons in space because it was unverifiable, contained no prohibition on developing and stockpiling space arms, and did not address ground-based space weapons such as direct ascent anti-satellite missiles.   ADVERTISEMENT

Let’s be clear: Deploying weapons in space crosses a threshold that cannot be walked back.  Given the implications for strategic stability, and the likelihood that such a decision by any nation would set off an expensive space arms race in which any advantage gained would likely be temporary, engaging now to prevent such a debacle seems warranted.

John Fairlamb, Ph.D., is a retired Army colonel with 45 years of government service, much of it in joint service positions formulating and implementing national security strategies and policies, including  two four-year details in the Department of State and as the political-military affairs adviser for a major Army command. His doctorate is in comparative defense policy analysis.