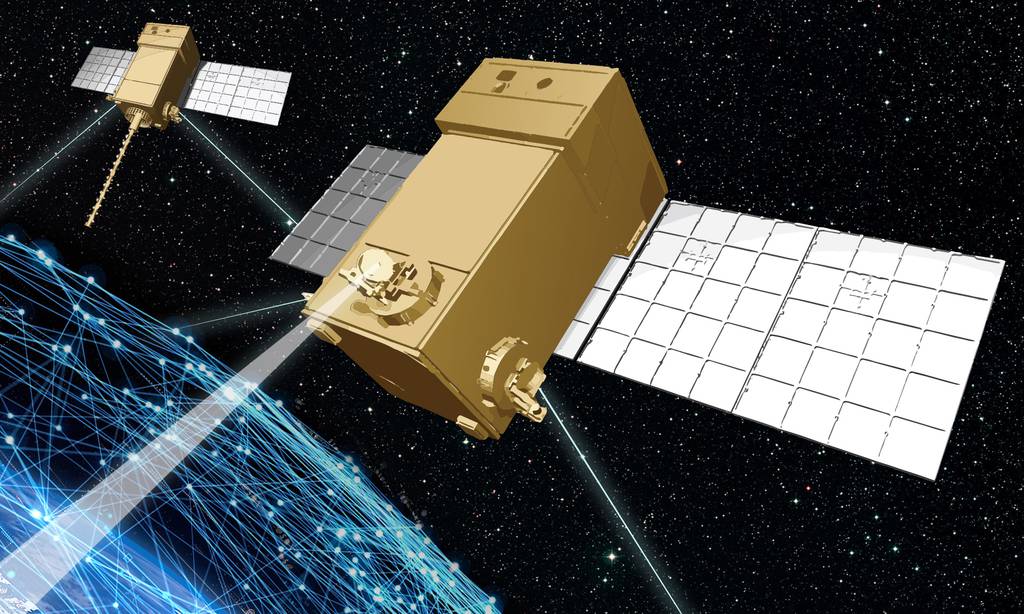 WASHINGTON — The U.S. military wants to directly plug commercial imagery satellites into its forthcoming orbital networks, enabling soldiers in the field to access that data faster.

The military has become increasingly interested in using satellite imagery to extend its situational awareness and beyond line-of-sight targeting, largely because of two developments:

At events like the Army’s Project Convergence in 2020, operators were able to take satellite imagery, automatically process it to find targets and send it to the battlefield over space-based networks. According to service officials, they were able to cut down the sensor-to-shooter timeline from 20 minutes to 20 seconds by downlinking commercial satellites to an Army ground station and delivering the data over one of these networks.

But the military is working to further streamline the process of delivering commercial imagery to the soldier.

Today, service providers operate their satellite constellations independently. Once tasked, commercial satellites usually collect relevant data and downlink it to one of the company’s ground stations (or use a ground station service). After it is collected, the data is often processed and then delivered to the military.

The Space Development Agency wants to skip that initial downlink and plug the third-party satellites directly into its own orbital mesh network: the transport layer. To be made up of hundreds of satellites in low Earth orbit connected by optical, intersatellite links, the transport layer is a key part of the military’s Joint All-Domain Command and Control effort.

In November, the Space Development Agency announced it was teaming with Capella Space, a synthetic aperture radar, or SAR, provider, to link its satellites directly to the transport layer.

“We’re working with them so they can put one of our compliant, optical, intersatellite links directly on their satellites so that then they can plug directly to our transport layer. We would love to do that with all commercial ISR [intelligence, surveillance and reconnaissance] providers,” SDA Director Derek Tournear said during a November event hosted by the Center for Strategic and International Studies.

Tournear sees the data from multiple commercial and government space-based sensors feeding into the transport layer, where it can be fused on orbit before being sent down to the soldier via the Link 16 tactical network. It’s a win-win for the government and commercial providers, said the director: Providers would be able to offer their services directly to users without having to downlink and deliver it independently, while the government gets faster and more direct access to commercial data streams.

“Our team at Capella Space is thrilled to become the first commercial SAR company to demonstrate compatibility with the SDA’s National Defense Space Architecture and standards,” said Capella Space’s chief technology officer, Christian Lenz. “Enabling our satellites to integrate with the new SDA architecture efficiently is a critical step for us to work seamlessly with the U.S. defense and intelligence sector. We are proud to be able to work with the SDA in demonstrating this cutting-edge technology.”

The Defense Advanced Research Projects Agency’s Project Blackjack — a separate but related planned demonstration of a proliferated constellation connected through an orbital mesh network — could do the same thing. Space Systems Command awarded PredaSAR a $2 million contract in December to demonstrate that one of its yet-to-be-launched satellites can connect with the Blackjack constellation via an optical, intersatellite link.

It will effectively do the same thing as the SDA-Capella Space demonstration, albeit with different contractors and technologies. The Blackjack demonstration is overseen by Space Systems Command’s Commercially Augmented Space Inter-Networked Operations program office, a partner to the Blackjack effort.