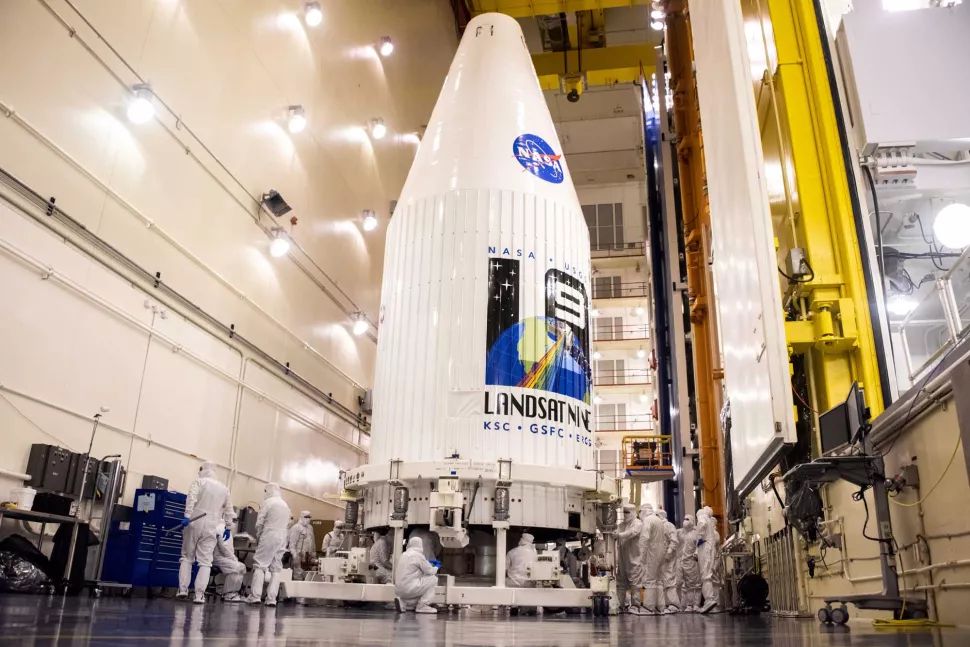 CAPE CANAVERAL, Fla. — The launch of NASA’s next Earth-observing Landsat satellite will be delayed a week due to a shortage of liquid nitrogen, the space agency has announced.

The Landsat 9 satellite, a joint endeavor by NASA and the United States Geological Survey (USGS), was originally scheduled to blast off from Space Launch Complex 3 at Vandenberg Space Force Base in California on Sept. 16. That liftoff has been pushed back to no earlier than Sept. 23.

The delay is due to a worldwide shortage of liquid oxygen, a crucial component of rocket fuel, due to its role in medical liquid oxygen in the ongoing COVID-19 pandemic. Liquid oxygen is used as an oxidizer in conjunction with whatever fuel a rocket uses. Landsat 9 will be launched on a United Launch Alliance Atlas V rocket, which uses RP-1 (rocket-grade kerosene), as propellant.

“Current pandemic demands for medical liquid oxygen have impacted the delivery of the needed liquid nitrogen supply to Vandenberg by the Defense Logistics Agency (DLA) and its supplier Airgas,” NASA said in a statement.

According to agency officials, NASA has its own supplier of liquid oxygen that covers the missions launching from Kennedy Space Center in Florida. (It also provides the liquid oxygen for United Launch Alliance missions as well; SpaceX provides its own liquid oxygen.)

The agency actually has enough liquid oxygen supplies as of now that the shortage will not affect any launches that are currently on this year’s manifest. That could change depending on the medical community’s needs.

Launches from Vandenberg are a different story. The issue there, as seen with the Landsat delay, is a shortage of liquid nitrogen.

That’s because the company that delivers the supply of liquid nitrogen is assisting in delivering liquid oxygen loads to hospitals, creating a lack of delivery drivers available to make the deliveries at Vandenberg.

“Airgas converts the liquid nitrogen to gaseous nitrogen needed for launch vehicle testing and countdown sequences. DLA and Airgas now have implemented efforts to increase the supply of liquid nitrogen to Vandenberg,” NASA said in a statement.

The $885 million Landsat 9 mission will be the ninth in the Landsat program as its name suggests, and will continue the program’s role of monitoring and managing land resources like crops, water and forests.

Landsat satellites have been an invaluable resource for scientists since the first satellite launched in 1972.

“I like to think of Landsat as something like a Swiss army knife out of one basic set of observations or measurements, we feed a whole range of different science applications,” said Landsat 9 project scientist Jeff Masek of NASA’s Goddard Space Flight Center in Maryland, in a prelaunch mission briefing Tuesday.

The Landsat 9 satellite will replace the Landasat 7 satellite, which has been in orbit since 1999, and will work in tandem with Landsat 8, which was launched in 2013. The Landsat 8/9 duo will image the Earth every eight days. They  carry two different scientific instruments that will analyze light reflected from the planet in different wavelengths to detect even the most minute changes in the lakes, rivers and forest across the world.