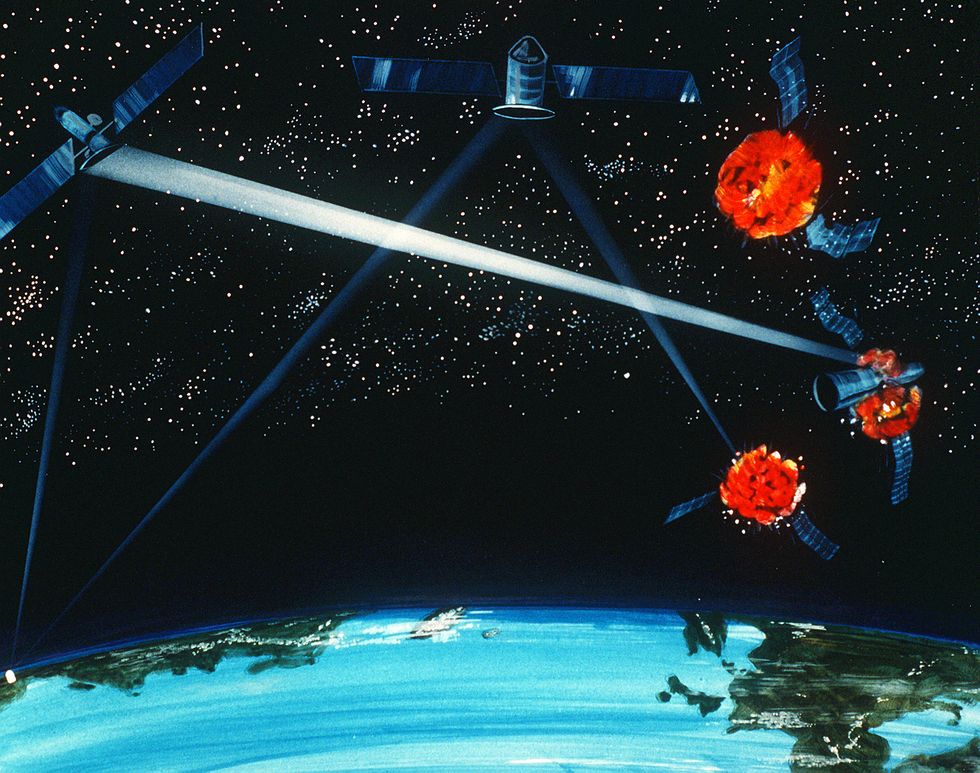 The U.S. Air Force has a top-secret space weapon and is preparing to show it to the world.

For months, the service has been preparing to declassify the “black” weapon, but wants to get the timing right, according to a Breaking Defense exclusive. For that to occur, Air Force leadership and President Joe Biden must sign off first. Key details of the unnamed weapon system remain unknown at this time.

According to Breaking Defense:

The system in question has long been cloaked in the blackest of black secrecy veils — developed as a so-called Special Access Program known only to a very few, very senior US government leaders. While exactly what capability could be unveiled is unclear, insiders say the reveal is likely to include a real-world demonstration of an active defense capability to degrade or destroy a target satellite and/or spacecraft.

The U.S. military already has several rudimentary anti-space weapons. The U.S. Navy, for instance, has the SM-3, a missile originally designed to shoot down incoming ballistic missile warheads. Ballistic missile warheads briefly travel the same general route as satellites in low-Earth orbit. That proved useful in 2008, when the Navy used an SM-3 to destroy USA-193, a non-functioning U.S. National Reconnaissance Office spy satellite trapped in a decaying orbit.

Other services have their own anti-space weapons, too. The U.S. Army’s Ground-Based Interceptor, a land-based anti-ballistic missile, also intercepts missile warheads in the so-called midcourse phase, and theoretically has an anti-satellite capability. Meanwhile, the U.S. Space Force has the Counter Communication System, a truck-based jammer designed to prevent enemy forces from accessing their own communications and navigation satellites.