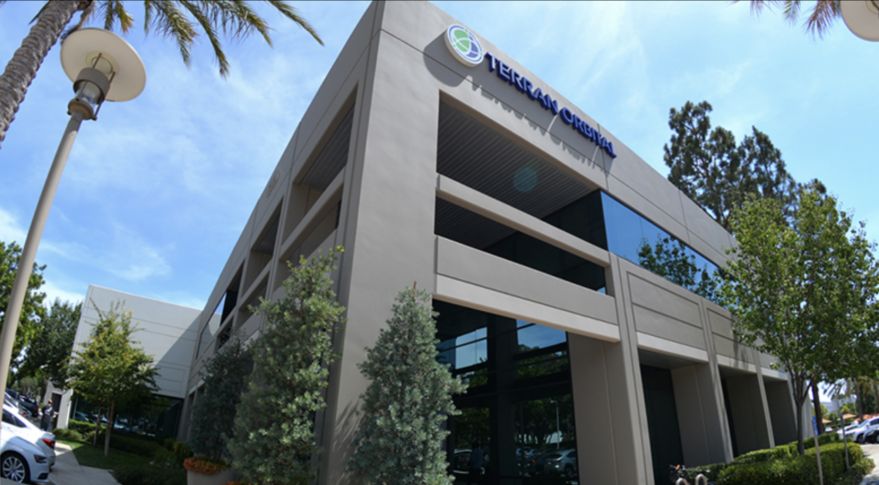 Bell said the executives resigned over disagreements with Terran Orbital’s top management over the company’s decision to focus primarily on the national security satellite market.

“They wanted to build cubesats. They don’t want to build military satellites and protect national interests,” Bell said. “I wish them the best, they weren’t fired, they quit.”

Thurn, Williams and Abel did not respond to requests for comment for this article. All three had worked at Terran Orbital’s subsidiary Tyvak Nano Satellite Systems, founded in 2011 in Irvine, California, and acquired by Terran Orbital in 2014. Williams was a co-founder of Tyvak.

Before it became a publicly traded company in March, Terran Orbital, headquartered in Boca Raton, Florida, reorganized and announced it would phase out the name Tyvak as it transitioned from nanosats and cubesats to larger satellites.

The company wants to produce larger buses, ranging from 150 to 500 kilograms, in order to compete for Defense Department, U.S. intelligence agencies and NASA contracts.

Bell said the pivot started last year when he and co-founders Anthony Previte — who passed away this summer — and Daniel Staton agreed to shift their focus to military satellites and support its largest strategic investor and customer Lockheed Martin. Bell said Lockheed Martin to date has invested $160 million in Terran Orbital.

With Lockheed Martin’s latest $100 million investment, Terran Orbital is expanding satellite manufacturing facilities in Irvine. It also is canceling plans to build a large factory in Florida and to develop a radar-imaging constellation.

Bell said the 10 Tranche 0 buses will be delivered to Lockheed Martin by the end of the year, in time to meet SDA’s target schedule to launch all 10 satellites in March. Production of Tranche 1 satellites is already underway, he said. During the company’s recent earnings call, Bell said Terran Orbital has $162 million in backlog orders and thanks to Lockheed’s investment, will expand capacity over the next decade and produce much larger buses of up to 1,000 kilograms.

“I want to do things to protect the national interest. I have no interest in building cubesats,” Bell said in the interview. “They were great at the time. But there are other companies out there that can do cubesats. Our future is working for the DoD and the IC.”

With regard to the departures of the company’s top engineers, Bell said he plans to fill those jobs as early as this week.

According to sources close to Terran Orbital who asked to not be quoted by name, the resignations last week capped a period of aggressive growth and change, along with pressures to boost the company’s stock price and build value for shareholders after going public in March in a SPAC merger.

These sources said supply chain problems that affected the entire industry impacted Terran Orbital’s production of SDA’s Tranche 0 satellites. As the company increased hiring and demanded longer work hours to meet production goals, these sources said, disagreements increased between the engineering and manufacturing departments on how to best meet these demands.

Months of rising tension came to a head last week when Thurn, Williams and Abel resigned in protest. According to one source, there was significant discontent amongst engineers and employees who had been with the company for a long time. Williams was overseeing the Lunar Infrared imaging spacecraft, a payload riding on NASA’s Space Launch System (SLS) Artemis I mission.

These sources said losing top engineers could hurt the company, at least in the near term, because of their experience and familiarity with the spacecraft.

Despite Terran Orbital’s growing pains, Lockheed Martin has “tremendous confidence in their ability to deliver us the 10 buses that we need for Tranche 0,” Tom McCormick, vice president and deputy general manager of Lockheed Martin’s military space portfolio, told SpaceNews.

“Organizational changes are not uncommon in any company, big, medium or small,” he said.

Lockheed Martin expects to have at least three buses by Thanksgiving “and the rest of them in the first couple of weeks of December,” said McCormick.

“Although there may have been some personnel changes at Terran, every company has some growth pains,” he said. “Organizational changes are a fact of life. They happen. I don’t have any concerns with their ability to deliver those buses and for us to be ready to launch 10 satellites in March.”

Lockheed Martin will integrate the buses with the payloads at the company’s manufacturing campus in Littleton, Colorado.