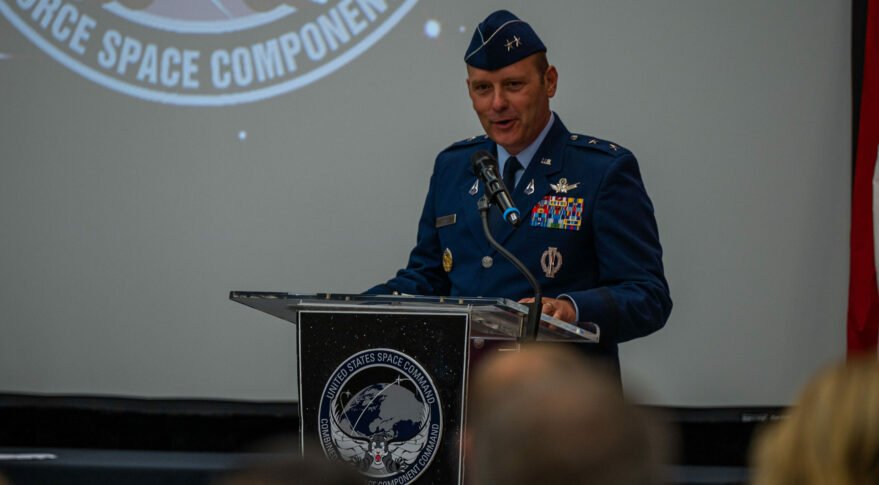 “We are preparing and posturing for the fight,” Schiess said Sept. 19 at the Air, Space & Cyber conference.

Space Operations Command, based at Peterson Space Force Bae, Colorado, has several squadrons of cyber specialists that support military units that operate communications, surveillance and navigation satellites. More will be added over the coming year to ensure all satellite units have adequate cyber defenses, said Schiess.

The Space Force is following a directive from Air Force Secretary Frank Kendall to harden space systems against cyber attacks that rivals like China would attempt during a conflict.

“I’ve said from my first days on the job that my priorities were China, China, and China … and I’d like to think that the message is starting to resonate,” Kendall said on Monday in a keynote address at the conference.

Schiess said one of the most recent actions was to assign a cyber squadron exclusively to work with the operators of the Space Based Infrared System (SBIRS) satellites that provide critical early warning of missile launches.

“They are right there in the same building with our space and missile warning operators,” said Schiess. “We’re going to continue to do that.”

In response to Pentagon concerns about Chinese and Russian anti-satellite weapons, the Space Force also is adding intelligence detachments to satellite operations units to ensure operators get accurate information about possible threats,

“That shortens the amount of time it takes operators to get intelligence from days to minutes,” said Schiess.

“Obviously, as you heard from the Secretary and others today, our near peer competitors are continuing to modernize their forces,” he added. “We have to continue to have intel-led operations so that we can make decisions faster to be able to get ahead of those near peer competitors.”

Schiess said a priority going forward is to modernize the Space Force’s training and testing infrastructure so guardians can rehearse missions in a combat-like environment, and the survivability of satellites can be more accurately tested.