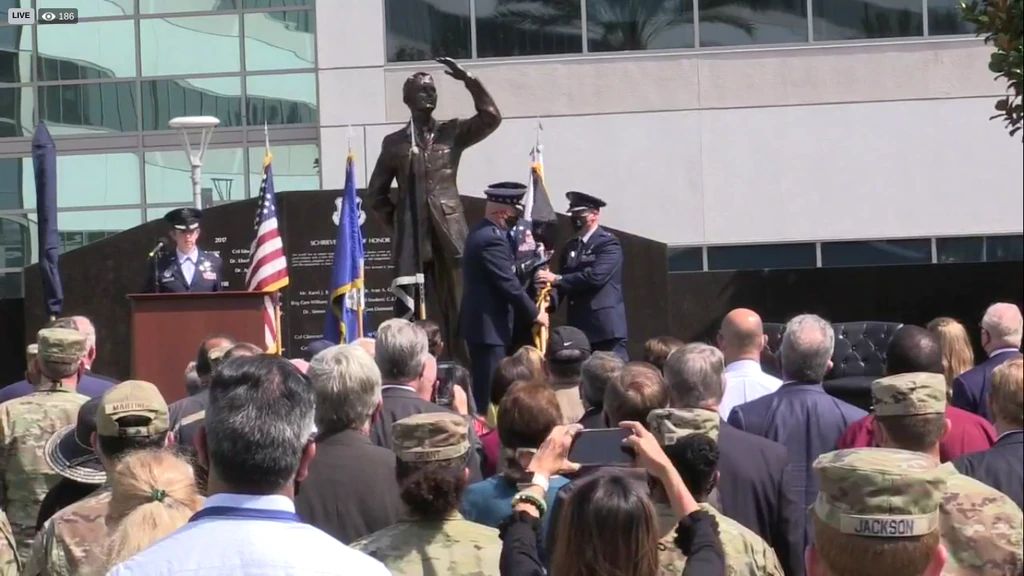 WASHINGTON — The Space Force is changing the structure of its acquisition field command to improve integration between its programs and position the command to counter growing threats in space.

“The realignment makes a pivot within Space Systems Command and within the Space Force,” Guetlein said. “It’s focused on countering the increasing threats that we’re seeing in space. It’s focused on guaranteeing Space capabilities to the nation and to the warfighter. It’s focused on development across the entire lifecycle.”

With the new structure, Guetlein is designated as the space system-of-systems integrator and will be an advisor on all space-related milestone decisions within the Department of the Air Force. The five new program executive officers will report directly to the assistant secretary of the Air Force for acquisition and integration.

Along with the new PEO structure, SSC is adding four new offices:

Guetlein noted that Warfighter Integration Office will, in the near term, create a liaison to U.S. Space Command, U.S. Indo-Pacific Command and the Space Force’s Space Operations Command.

The realignment is the third major change to the space acquisition command’s structure since 2019, when then-commander of the Space and Missile Systems Center Lt. Gen. John Thompson moved away from the previous mission-centered model SMC had operated under to an enterprise model. The resulting structure, dubbed SMC 2.0, divided programs among four offices, or “corps”: Development Corps, Production Corps, Enterprise Corps and Atlas Corps.

Then last summer, the Space Force formally established Space Systems Command, redesignating SMC as SSC, with officials saying the change would “build upon the success seen with SMC 2.0.” Although SSC leaders said the new command represented a major culture change within the acquisitions community, it was structured similarly to SMC 2.0, aside from a shakeup of the launch enterprise that designated SSC’s deputy commander as the leader of a new Assured Access to Space office.

Guetlein said SMC 2.0 succeeded at helping Space Force acquirers navigate the Department of Defense’s new acquisition framework and embracing innovation within the service, but the organization “left a few seams between programs and the way we integrate across the enterprise.”

“When we stood up Space Systems Command, the objective was first to speed up acquisition to get after the emerging threat,” Guetlein said. “We needed to keep pace with the threat environment. We needed to make sure we are delivering on our promises to our current programs of record while increasing our resiliency and interoperability.”

The new structure puts PEOs in charge of the “birth-to-death” lifecycle of their programs, but also positions them to integrate across all other programs in their particular mission area.

The realignment at SSC comes as the Air Force is poised to welcome its first service acquisition executive for space, Frank Calvelli. As the former principal deputy director of the National Reconnaissance Office, Calvelli brings experience overseeing space system development and procurement, including satellite and ground system acquisition, systems engineering and satellite operations.

As the Space Force brings in new leadership and reshapes its acquisition processes and organization, Congress is closely watching for progress. In a report accompanying the fiscal 2022 House spending bill, lawmakers called for “more aggressive action in addressing longstanding space acquisition issues,” saying the service is taking too long to define a new space development and procurement system.

“The plans for establishing the new acquisition unit, Space Systems Command, consist primarily of renaming the Space and Missile Systems Center and incorporating existing space launch units. The plan does not resolve the fundamental issues of overlap and duplication in roles, responsibilities, and authorities among the various other space acquisition units in the Department of the Air Force,” lawmakers wrote in the report.