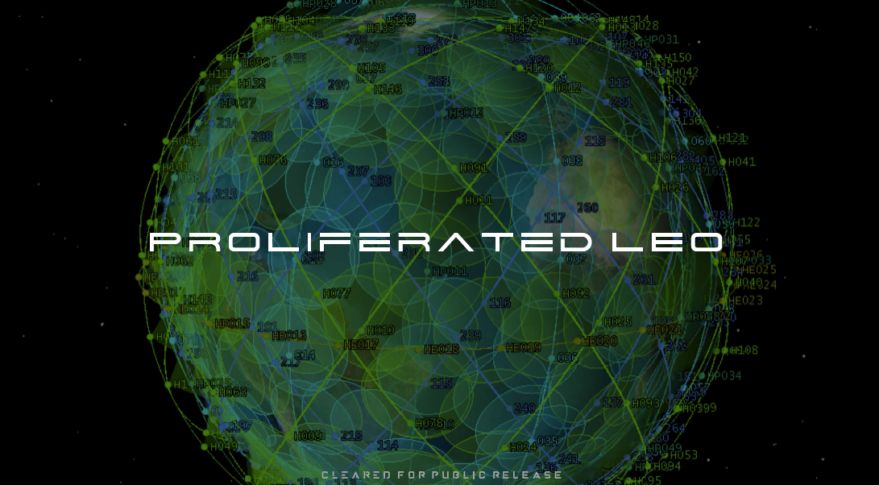 The close collaboration happening between SMC and SDA may come as a surprise to those who have followed the politics of DoD space organizations.

WASHINGTON — The U.S. Space Force procurement arm, the Space and Missile Systems Center, for more than a year has been helping the Pentagon’s Space Development Agency accelerate the procurement of small satellites.

The close collaboration between SMC and SDA may come as a surprise to those who have followed the politics of the Defense Department’s space organizations.

When the Space Force was established in December 2019, the Defense Department kept the SDA as a stand-alone organization. DoD’s space agency, created in March 2019, positioned itself as a disruptor that would challenge the traditional procurement culture centered around large satellites that was embodied by SMC. Air Force leaders at the time pushed back and even sought to shut down the SDA arguing that it was not needed as the Space Force already had SMC as its procurement agency.

Fast forward to the present day and SDA, a small agency with a lean staff, needs SMC’s expertise to advance its programs. The Space Force meanwhile has embraced the SDA vision of smaller and cheaper satellites.

Although SMC will continue to build large customized geostationary spacecraft, its focus is shifting to low Earth orbit as this is the direction in which the commercial space industry is headed.

Lt. Col. Tim Trimailo, who oversees prototyping and innovation programs at SMC, said his office has “spent countless hours poring through proposals, discussing them and coming to recommendations” to help SDA speed up contract awards and meet its ambitious timelines for having a constellation in orbit by 2022.

Trimailo’s office, based in Los Angeles, also helped SDA get connected with other parts of SMC that oversee launch services, ground systems and manufacturing.

“I think the cooperation has been really mutually beneficial,” Trimailo said March 4 during a virtual panel discussion hosted by the Potomac Officers Club.

SDA eventually will be realigned under the Space Force. Congress directed the Pentagon to move the agency to the Space Force by 2022. But before that happens, SDA wants to complete the initial deployment of a Transport Layer of 20 data-relay satellites and a Tracking Layer of eight sensor satellites to detect and track missiles.

Much of the technology that SDA needs for its constellation is being developed under the Blackjack program, a three-year-old Defense Advanced Research Projects Agency effort to demonstrate capabilities of small satellites in low Earth orbit.

Trimailo runs a program called CASINO, short for commercially augmented space inter-networked operations, that was created to support DARPA’s Blackjack. “CASINO has been sort of the focal point for proliferated LEO activities at SMC and so there’s a natural tie there” with what SDA is doing, he said.

SMC’s decades of experience acquiring systems and the work it has done with DARPA were put to use in support of SDA, he said. “We’ve been collaborating with the Space Development Agency for well over a year now.”

SDA’s constellations eventually will be part of the broader national security space program that SMC runs. “We’re actively looking at additional opportunities where we can collaborate moving forward,” said Trimailo.

For example, SMC plans to use SDA satellites to host experimental payloads. “SDA is developing this stable of satellites that are going up very frequently, and there’s an opportunity to test some advanced capabilities on orbit to inform future investments and form the future architecture,” said Trimailo. “So payload hosting is a big piece of that.”

SDA’s Transport Layer is envisioned as a big data pipe for the military. One application would be to pass commercial satellite imagery to defense and intelligence customers. The Transport Layer satellites would be connected in space with laser terminals that can transfer massive amounts of data around the globe and downlink it to the ground with minimum latency. This would be an important capability that DoD wants, said Trimailo.

The low Earth orbit architecture that SDA is building will be tied into the “larger national security space system of systems,” he said. “Our focus is really on complementing efforts, how do we work together towards that common objective of delivering capability to warfighters.”

DoD ‘never had this before’

The value of SDA’s Transport Layer is becoming increasingly obvious to DoD as commanders learn about the capabilities it will provide, said John London, head of SDA’s warfighter integration cell at the Army’s Redstone Arsenal, Alabama.

The message SDA hears most often from military leaders is that they need reliable communications and capabilities to send and receive large amounts of data, he said. “What we’re doing with the Transport Layer, we’re going to be providing a communications backbone that the United States military has never had before.”

“With the amount of data that we can move at the speeds we can move it, it’s going to be an amazing capability for the warfighter,” said London.

He agreed with Trimailo that access to satellite imagery is a major issue that the Transport Layer promises to address. Military commanders get satellite imagery provided by U.S. intelligence agencies but that information is not necessarily timely. What DoD wants is “targeting quality information to allow the warfighter to be able to engage targets extremely rapidly,” London said. “So that’s a second capability that we think is in high demand across our combatant commands.”