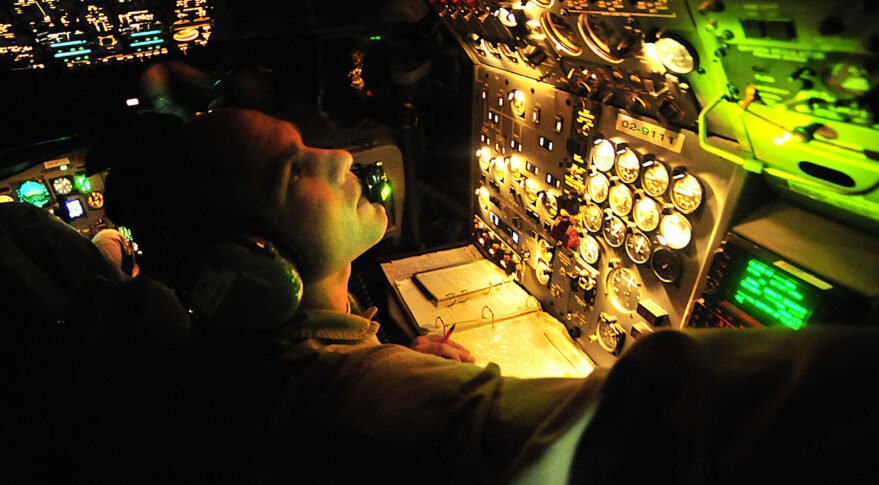 Raymond: The Space Force and the Air Force are “actively working” on concepts for the deployment of GMTI satellites

WASHINGTON — The U.S. Air Force wants to use small radar satellites to track moving objects on the ground and the Space Force will help to make it happen, chief of space operations Gen. John Raymond said May 12.

A project to look at the use of radar satellites for GMTI — short for ground moving target indicator — has been pursued in secret since 2018 by the Air Force Rapid Capabilities Office. Raymond said this effort will be discussed more openly to allow more participation from the commercial space industry.

“We’re building a ‘GMTI from space’ program,” Raymond said at the McAleese & Associates annual defense conference. He revealed that the Space Force and the Air Force are “actively working” on concepts for the deployment of GMTI satellites.

The Air Force currently uses large aircraft known as JSTARS — or Joint Surveillance Target Attack Radar System — that are equipped with radar sensors to discriminate targets against the ground clutter. JSTARS require large crews and the Air Force for years has been concerned about its aircraft and operators being vulnerable to enemy air-defense missiles when flying over combat zones.

Raymond said GMTI from space is about “doing the JSTARS mission without being tied to an airplane in a contested environment.”

Radar satellites and surveillance from space in general has been the purview of the National Reconnaissance Office. Raymond said there are growing demands for tactical level ISR (intelligence, surveillance and reconnaissance) and this will become a “growth area” for the Space Force. He said systems can be deployed at lower cost as satellite and launch services are now more affordable.

He said the Space Force will work with the Air Force and the intelligence community “in a complementary way, not competing.”

“We’ll leverage commercial more than we’ve done in the past,” Raymond said.

The commander of the Space Force’s Space and Missile Systems Center Lt. Gen. John Thompson said the GMTI project is an example of the service’s push to declassify and increase transparency.

Speaking May 12 at a Mitchell Institute event, Thompson said he could not discuss details of the GMTI project but underscored the opportunities that it creates for the government to take advantage of privately funded technologies.

A Space Force spokesperson said the Air Force Rapid Capabilities Office began identifying space-based GMTI technologies in 2018 with a goal to deploy a new system before JSTARS aircraft are taken out of service.

“The space-based GMTI system will replace a portion of the JSTARS sensing capability,” the spokesperson said. “The space-based GMTI system will surpass the range limitations of current air platforms and will provide capabilities in contested and non-contested environments.” This effort is “another way to harness data from the space domain” and use it in support of military operations.

The Air Force in 2011 started a five-year study that looked at options for replacing the aging fleet of 17 airliner-size JSTARS. Initially it was leaning toward selecting a new airplane but then leaders realized a new JSTARS would be useless in conflicts against adversaries that have advanced air defenses.

The deployment of space radar for military use was tried before albeit unsuccessfully. The Air Force in the late 1990s teamed up with the Defense Advanced Research Projects Agency (DARPA) and the National Reconnaissance Office to develop a constellation of radar remote-sensing satellites that would provide global coverage. The project was nixed in the 2000 budget. The Air Force and the NRO teamed on another space radar demonstration project but it did not materialize due to lack of congressional support.