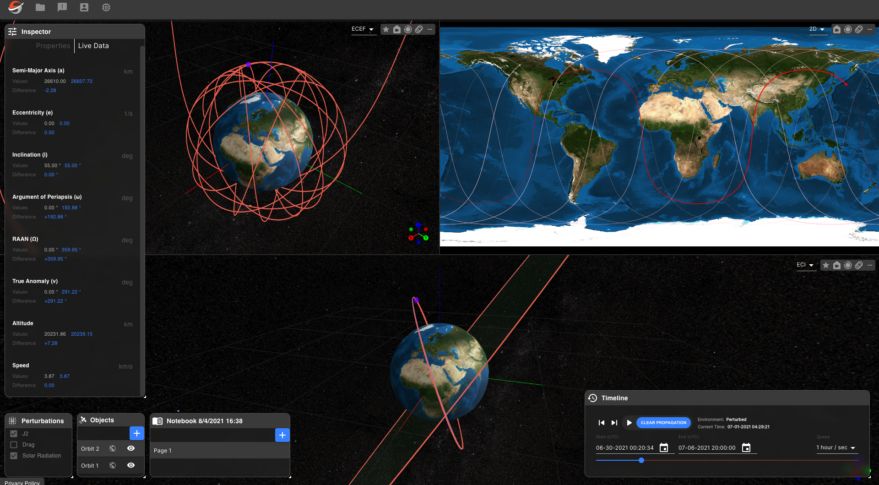 WASHINGTON — Slingshot Aerospace announced March 31 it won a $25.2 million Space Force contract to develop a virtual replica of the space environment, a technology known as a digital twin.

The 39-month contract includes $16.8 million from the Space Force’s Space Systems Command and $8.4 million from SpaceWERX, a new organization created to tap the commercial market for innovative technologies.

The contract funds the development of a digital space twin — a high-fidelity, physics-driven simulation that “reflects the current state of space at any given moment, enabling users to simulate various scenarios and identify the best approach to accomplishing missions,” Stricklan said.

The contract also funds the deployment of Slingshot Laboratory, a space training product for use in classrooms.

With the digital space twin, “guardians can simulate scenarios that are otherwise challenging to visualize,” she said. For example, they can map out a course of action when an unknown object approaches a satellite of interest.

The virtual environment would allow the Space Force, for example, to design spacecraft and plan satellite deployments. Slingshot has been developing the digital space twin for more than two years, “which attracted the government’s attention,” Stricklan said.

As it develops the digital twin for the Space Force, Slingshot also will release a commercial Digital Space Twin product.

The deal won by Slingshot is a Strategic Financing (STRATFI) contract. The U.S. Air Force created the program as an alternative to traditional contracts, allowing multiple government customers and private investors to finance a project.

“The intent of the SpaceWERX STRATFI program is to scale technology development over the ‘valley of death’ by capitalizing on the most promising emerging commercial solutions,” said Lt. Col. Walter “Rock” McMillan, director of SpaceWERX.

“Each year, the STRATFI program places its ‘big bets’ on the most innovative technologies that meet critical mission gaps. Slingshot’s space education and simulation products have garnered support from across the Space Force operational and acquisition community as we see tremendous value in the technology,” said McMillan.