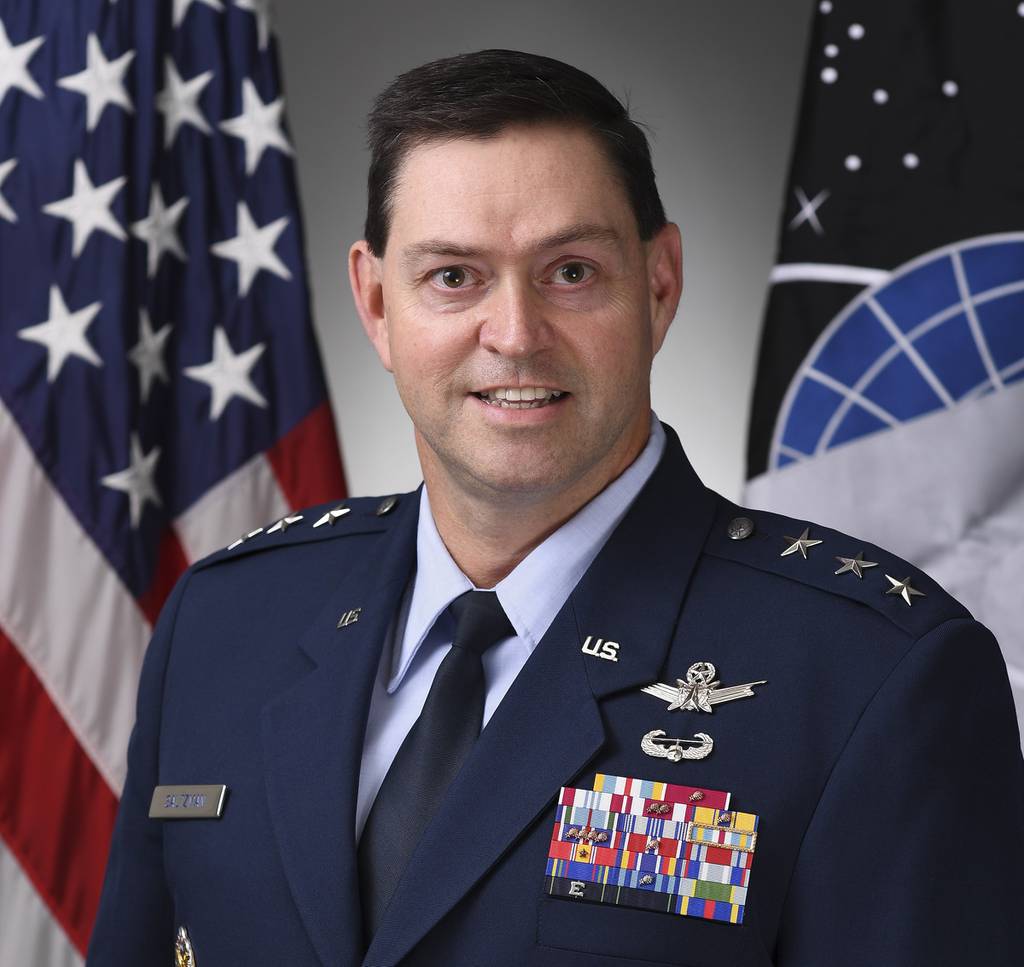 If confirmed by the Senate, Saltzman will be the second person to serve as the Space Force’s top officer since the service was created in December 2019. He would succeed Gen. John “Jay” Raymond, who is set to retire after 35 years of service in the Air Force and nearly three in the Space Force.

Raymond strongly supported Saltzman’s selection as his successor, according to SpaceNews, which first reported the pick on Thursday.

Saltzman has recently become the go-to person for high-level military planning initiatives, from the Air Force’s enterprise study of multidomain command and control in 2017 to serving as the Space Force’s first deputy chief for space, cyber and nuclear operations.

A proud Boston University graduate, he commissioned into the Air Force in 1991 as a nuclear missile operator before switching to military space jobs. Later, he took on higher-level programs and planning positions as well as a yearlong tour as deputy commander of U.S. Air Forces Central Command — the first non-flyer to hold the post.

Along the way, Saltzman has cultivated a reputation as an articulate, big-picture thinker who is leading the way in breaking down the Pentagon’s most entrenched hurdles to joint operations.

“He has reinforced all of the space and cyber functions across the different divisions in the Combined Air Operations Center by elevating their stature within the divisions to make sure those pieces are also integrated into everything we do,” Air Force Col. Byron Pompa, AFCENT’s air, space and information operations director, said in a 2020 press release.

Since becoming the Space Force ops boss in August 2020, Saltzman has tackled the broad questions behind space warfare: How should the service define its readiness, and how can it work seamlessly with other parts of the military behemoth?

The Space Force now has nearly 16,000 guardians and civilians. They either wear the service’s uniform or are assigned from other branches and handle U.S. military satellites and radars for missions like GPS, communication, missile warning and surveillance as part of the Department of the Air Force.

It was largely formed out of the former Air Force Space Command, and includes rocket launch bases in California and Florida, plus a host of other installations in Colorado and around the globe.

The service has taken on a leading role in naming and shaming foreign actors for what it sees as bad behavior on orbit, such as foreign spying on others’ systems or launching anti-satellite missiles that can spread damaging debris across the cosmos.

He’s kept an eye on possible lessons learned from Russia’s war on Ukraine, in which commercial satellite constellations are playing a key role for intelligence-gathering and public transparency despite Russian cyber attacks.

“If you think the only way to dismantle space capabilities is by shooting down satellites, you’re missing the bigger picture … as these cyber attacks are on ground networks,” Saltzman told reporters in May.

Two key challenges will be to advocate for a growing military space budget to lawmakers who are wary of bureaucratic bloat, and to convince the American public of the merits of their newest military branch.

He’ll also represent the service as it tries to make its own mark on issues from troop recruitment and retention to a nontraditional approach to Guard and Reserve components.

The Space Force is working through the details of bringing the Space Development Agency under its roof to fast-track a vast constellation of commercial satellites for military use, and taking on parts of the Navy and Army’s space enterprises, among other initiatives.

Saltzman must go before the Senate Armed Services Committee ahead of a confirmation vote by the full chamber. A Space Force spokesman told Air Force Times on Wednesday that a change of command could come toward the end of 2022.