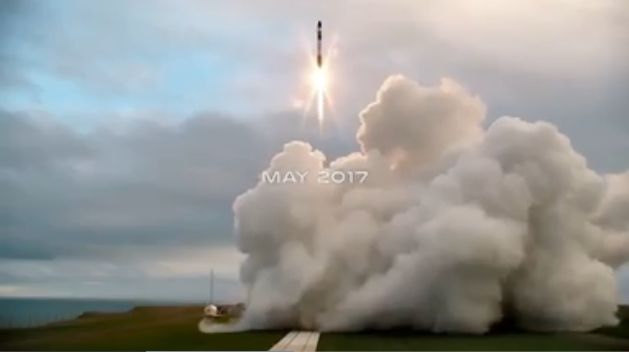 Rocket Lab shares jumped nearly 9 per cent to US$15.29 (for a U$S6.5 billion market cap) in early trading on the Nasdaq after the company finally confirmed a major tranch of funding from the US military and entry into an inner-circle of companies approved for security and defence missions – as first-reported by the Herald on Saturday.

The Kiwi-American firm secured US$24.35 million ($34m) from the US Air Force’s new Space Force division to develop the upper stage of its Neutron rocket.

The crew-capable Neutron, which will be able to lift an 8-tonne payload into orbit, is due to launch in 2024.

The $24.35m funding revealed overnight is part of a wider US$87.5m round to support new technology development programmes by private space-launch operators.

And the Elon Musk-owned SpaceX received US$14.47m toward the development of its planned “super-heavy” lifting Starship rocket.

The grants were awarded following a request-for-proposal process initiated by Space Force’s Space and Missile Systems Center, which has since been renamed Space Systems Command, in May.

The tender was managed by the US Air Force’s Space Enterprise Consortium, which Space News says “was created by the Air Force in 2017 to attract startups and commercial companies from the space industry to bid on military projects”.

The US$87.5m funding round was designed to help build capabilities that will allow the recipients to bid for national security launch service contracts.

Today, Rocket Lab said in a statement, “The agreement signifies Rocket Lab’s commitment to becoming a launch provider for the National Security Space Launch programme, which launches the United States’ most critical missions.”

It added, “The Upper Stage Development for Neutron prototype project with the SSC’s Launch Enterprise, under the National Security Space Launch programme, will fund development of Neutron’s upper stage to support national security and defence launch capabilities for scientific and experimental satellites to the largest and most critical national security payloads. “

Founder and CEO Peter Beck said, “We’re dedicated to building a next-generation rocket that will transform space access for constellations through to the most critical missions in support of national security, and it’s an honour to be partnering with the US Space Force to develop Neutron.”

Rocket Lab, which won a key R&D contract with US Department of Defense agency Darpa (Defense Advanced Research Projects Agency) at a key time in its young life, has long had close ties to the US military which, along with Nasa, has been one of its two biggest customers.

And in an investor presentation before its Nasdaq listing, Rocket said Department of Defense space systems spending represented a “[US]$968 million opportunity over 10 years”.

In a reference to Rocket Lab’s new Launch Complex II within Nasa’s Wallops Island facility in Virginia, it said “a secure facility will be completed this year to support classified Department of Defense and Intelligence Community business.”

And the presentation also said the Neutron Tailored for commercial and Department of Defense constellation launches .”

Its latest US military-commissioned mission was in July, when a Space Force satellite was launched from Mahia.

Green MP Teanau Tuiono has framed a private member’s bill to “prohibit the launching of military hardware into space from Aotearoa.”

Where Beck draws the line

In a recent Herald Business Hub interview Beck reiterated that his company only launches research or “demonstrator” satellites for the military and draws the line at military-operational satellites. The CEO also repeated his argument that people have benefited from dual-use technologies developed originally for the military, including GPS, internet and weather satellites.

Space Minister Stuart Nash, who is required to sign off on each Rocket Lab payload, says he only gives the green light after MBIE and other agencies have assessed compliance our anti-nuclear legislation, international treaties and environmental laws (the NZ Space Agency, which sits within MBIE, released documents and correspondence relating to the controversial “Gunsmoke-J” launch earlier this year to the Herald under an OIA request. Read them here).

In any case, the Neutron will only launch from Rocket Lab’s Launch Complex II in Virginia.

Investors reacted positively to the Kiwi-American company’s first-half result, filed to the Nasdaq on September 9.

But it also revealed a much bigger pipeline, saving it now has US$141m in forwarding bookings vs its year-ago US$58.m.

Then there are a number of contracts the company has yet to put a price tag on, including a series of five missions for Earth-observation satellite firm BlackSky; a deal with in-space manufacturing company startup Varda Space Industries to produce three Photon spacecraft that will integrate with Varda’s space factories; a five-launch, 25 satellite deal with French company Kinéis, which is building an Internet of Things (IoT) network; a contract to design and built two Photon satellites that will be placed into orbit around Mars in 2024; and a contract announced last week with Japan’s Astroscale to launch a space-junk removal demonstrator in 2023.