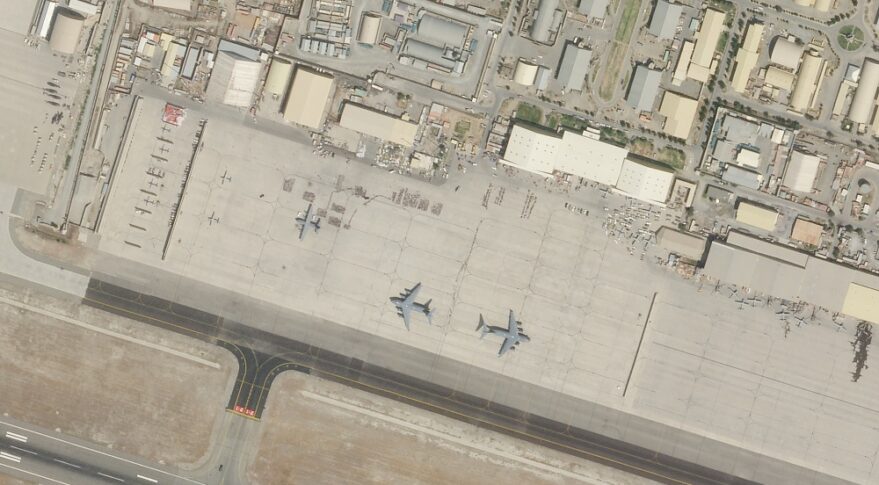 CSIS: ‘One of the biggest obstacles for the U.S. government to effectively access commercial space capabilities is the acquisition and contracting system’

WASHINGTON — The U.S. military and intelligence community have a growing demand for satellite imagery but their acquisition methods prevent them from taking advantage of a vibrant commercial market, says a new report by the Center for Strategic and International Studies.

Earth observation companies collect increasingly sophisticated imagery from space and use artificial intelligence to analyze the data.   “The challenge for the military and intelligence community is understanding how to leverage commercial capabilities for military advantage,” says the report written by CSIS analysts Todd Harrison and Matthew Strohmeyer. Satellite imagery companies Hawkeye360, Planet and Umbra provided funding for the study.

“One of the biggest obstacles for the U.S. government to effectively access commercial space capabilities is the acquisition and contracting system,” the study says.

The U.S. government has traditionally procured remote sensing satellites that are owned and operated by agencies like the National Reconnaissance Office, the National Geospatial Intelligence Agency or the U.S. Space Force.

The report says this approach is appropriate for capabilities that are truly unique to the government, where the technologies involved are highly sensitive or exquisite, and where a commercial market does not exist. Many of the government’s needs, however, can be met by commercial providers under services-based business models, the report says, arguing that by buying these services, the government saves money and shifts the financial burden of building expensive constellations to the private sector.

“Buying remote sensing as a service allows the government to leverage private capital and put more of these risks on the companies involved and, by extension, their investors,” the report says. “Buying space services rather than satellites gives commercial firms a higher incentive to drive down operating costs and continually improve capabilities to win more work.”

The report suggests there are multiple ways for the government to tap into these services. The most basic approach is to buy images or other data products on a pay-as-you-go basis, with the government being one of many potential customers. Another is to buy subscription access to a company’s catalog of data, giving the government full but not exclusive access.

The NRO recently announced it plans to start buying commercial space radar data from several vendors, signaling that it wants to better support the industry.

Harrison told SpaceNews that the NRO’s move is “a step in the right direction, but honestly, it’s a baby step.” The contracts awarded by the NRO “are small and are focused on studying what data the companies can provide. The real test is how long it takes the NRO to move beyond study contracts to real contracts for synthetic aperture radar services — and for other types of commercial remote sensing as well.”

The Space Force, he said, does not need any new authorities to buy commercial imagery services. “It already knows how to budget and contract for services in other areas. It just needs a better strategy for how to use existing authorities to leverage commercial systems.”

Commercial services in many cases can satisfy military and intelligence community requirements sooner than government-developed systems, Harrison said. “Once it has a strategy in place for leveraging commercial systems, the funding will be easy to justify, and Congress has been pushing the Space Force to do this.”