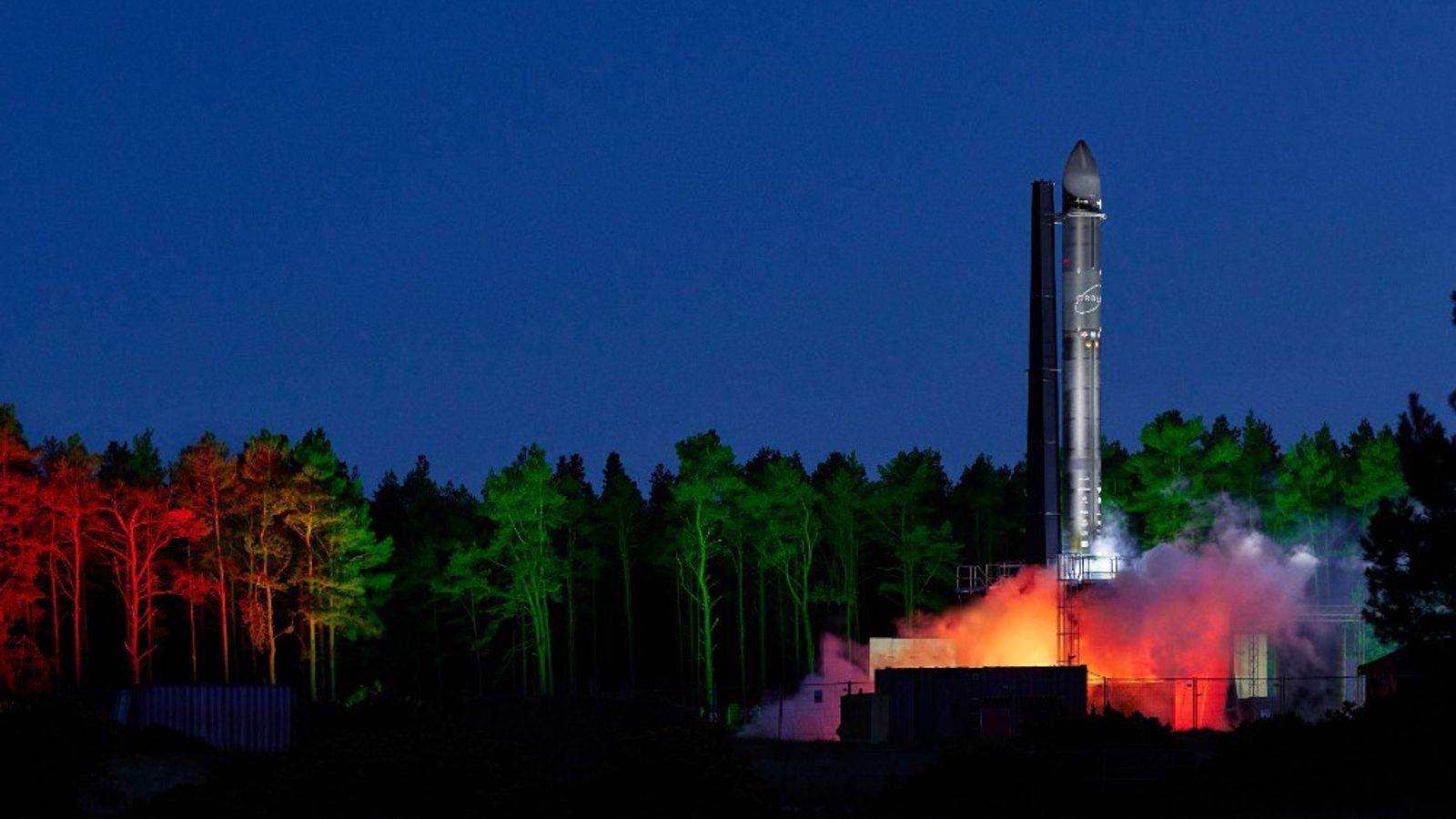 The Scottish rocket manufacturer Orbex will build and operate the spaceport, creating around 40 jobs and investing £20m in the construction under a 50-year lease.

A remote peat bog owned by Scottish crofters is to become the first ‘traditional’ rocket launchpad on the British mainland.

The site, on the A’ Mhoine peninsula in Sutherland, north-west Scotland, will see up to 12 launches a year, with rockets lifting off vertically from the ground.

The location is seen as ideal for launching satellites into an orbit that takes them over the north and south poles. The first launch could be as soon as next year.

The spaceport will strengthen the launch capability for the UK satellite industry.

Until now manufacturers have had to ship their spacecraft abroad for launch.

But the countdown is underway for the first ‘horizontal’ launch at Spaceport Cornwall later this month, with a jumbo jet taking off from Newquay Airport carrying a rocket under its wing. The rocket will be released and fired over the Atlantic Ocean.

Spacehub Sutherland will provide another launch option. The Scottish rocket manufacturer Orbex will build and operate the spaceport, investing £20m in the construction under a 50-year lease.

Around 40 jobs are expected to be created on the site, a significant boost in an area with poor economic prospects for young people.

Dorothy Pritchard, chair of the Melness Crofters’ Estate, which represents the community, said: “We have seen massive population decline in the area over the past few years and our community is being starved of its lifeblood, young people.

“This is our way – perhaps a less-than-obvious way – of bringing new life back to our area.

“We are excited for the positive impact this will have on our community over the coming years.”

Orbex is building what it says is the world’s most environmentally friendly space rocket, with a 3D-printed engine, a re-useable structure and a clean-burning propane fuel derived from vegetable waste.

“It is an important competitive advantage to the company, which will make it really easy for us to work with customers as we scale up our operations.”