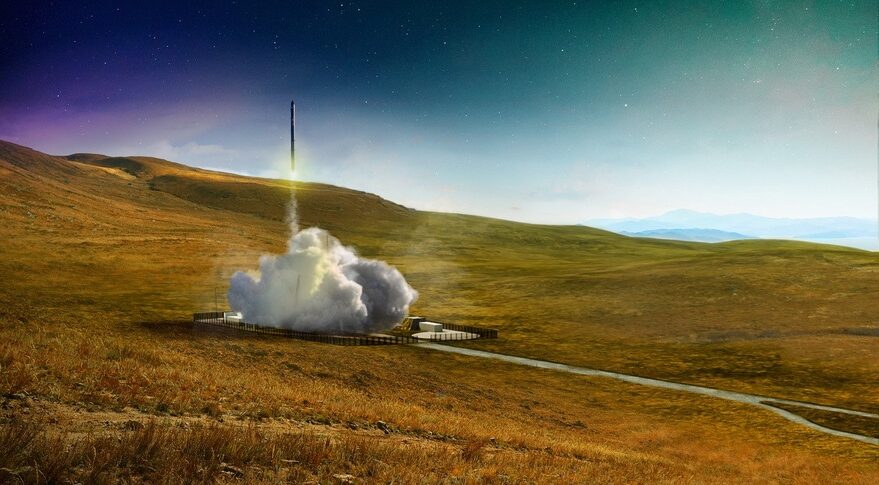 Orbex said Nov. 1 that construction of Spaceport Sutherland, which will host launches of its Prime rocket, will begin “imminently” and be completed some time in 2023. Credit: Orbex

WASHINGTON — Small launch vehicle developer Orbex announced Nov. 1 it had secured agreements to begin construction of a launch site in northern Scotland for its rocket that will allow a first launch by the end of 2023.

Orbex said it signed a lease with Scottish development agency Highlands and Islands Enterprise (HIE) for a 10-acre site in the northwestern part of Sutherland county in northern Scotland. The lease is for 50 years with an option for an additional 25 years. The agreement is technically a sublease, as HIE leases the land from its owners, the Melness Crofters’ Estate.

The company will build a facility at the site for launching its Prime small launch vehicle it is developing, hosting up to 12 launches per year. Construction of the site will begin “imminently,” Chris Larmour, chief executive of Orbex, told SpaceNews, and will be completed some time in 2023.

Orbex did not disclose details of the facilities that will be built there, although one illustration shows a basic launch pad but little other infrastructure. Larmour said the cost of building and operating the site over three years will be “in excess” of 20 million pounds ($23 million), funded by Orbex.

The spaceport announcement comes two weeks after Orbex closed a Series C funding round, raising 40.4 million pounds from several investors. One of the new investors is Jacobs, the U.S.-based engineering company whose work includes being the prime contractor for the ground systems used by NASA’s Space Launch System. Jacobs will serve as the prime contractor for spaceport construction.

Plans for what’s called the Sutherland Spaceport date back to 2018, when the U.K. Space Agency selected the site as its preferred location for a vertical launch facility. At the same time, it announced awards to Lockheed Martin and Orbex to launch from the facility.

Development of the site, though, was slowed by years of environmental reviews, regulatory approvals and legal battles. In 2020, Lockheed announced it would instead perform the launch funded by the U.K. Space Agency at the Shetland Space Centre, now called SaxaVord Spaceport, a commercial launch site being developed in the Shetland Islands. Lockheed will use ABL Space Systems’ RS1 rocket for that mission, tentatively scheduled for 2023.

The spaceport will be dedicated to Orbex Prime launches. “Orbex is the first European launcher company to also manage a dedicated spaceport,” Larmour said in a statement. “It is an important competitive advantage to the company, which will make it really easy for us to work with customers as we scale up our operations.”

“Construction of Sutherland Spaceport will mark a major step forward for Scotland’s vertical launch capability and lead to the creation of a range of new jobs in the local community and beyond,” Ian Annett, deputy chief executive of the U.K. Space Agency, said in the same statement. “I’m confident that this new agreement will allow Orbex to strengthen the U.K.’s position as the leading destination in Europe for commercial spaceflight services and international investment.”

Neither Sutherland nor SaxaVord, though, are in line to host the first orbital launch from the United Kingdom. Virgin Orbit’s LauncherOne air-launch system is currently at Spaceport Cornwall, an airport in southwestern England, preparing for its “Start Me Up” mission. That launch is scheduled for some time in November, pending receipt of a launch license from the U.K. Civil Aviation Authority.