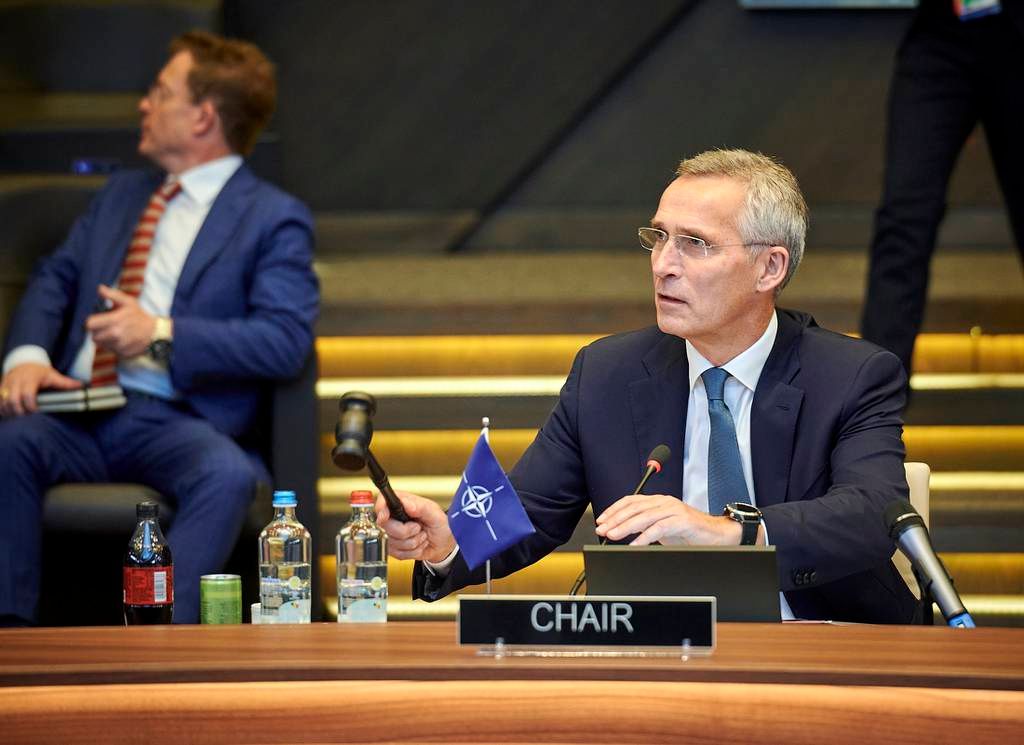 “Today, ministers endorsed a new overarching plan to defend our alliance in crisis and conflict, to make sure that we continue to have the right forces at the right place at the right time,” Stoltenberg told reporters Thursday, capping the first day of NATO’s two-day defense ministerial meeting.

The defense ministers of alliance-member countries committed to the new NATO “capability targets,” negotiated as part of the alliance’s regular defense planning cycle. A source said the alliance plans to invest in missile systems like the Raytheon Technologies-built Patriot and the SAMP/T air defense system made by Eurosam.

“We are implementing a balanced package of political and military measures to respond to this threat,” Stoltenberg said.

“This includes significant improvements to our air and missile defenses, strengthening our conventional capabilities with fifth-generation jets, adapting our exercises and intelligence and improving the readiness and effectiveness of our nuclear deterrent,” he added.

Members agreed to “have more forces which are heavier and more high-end capabilities,” as well as more advanced forces to “exploit emerging and disruptive technologies,” Stoltenberg said.

The members approved plans for exercises, intelligence activities, artificial intelligence standards and technological innovation ― as well as the plan for thousands of mutually agreed upon targets.

“This is a key aspect of NATO cooperation that we actually agreed to specific targets and allies deliver them. That’s also one of the reasons why we need to continue to see increased defense spending,” Stoltenberg said.