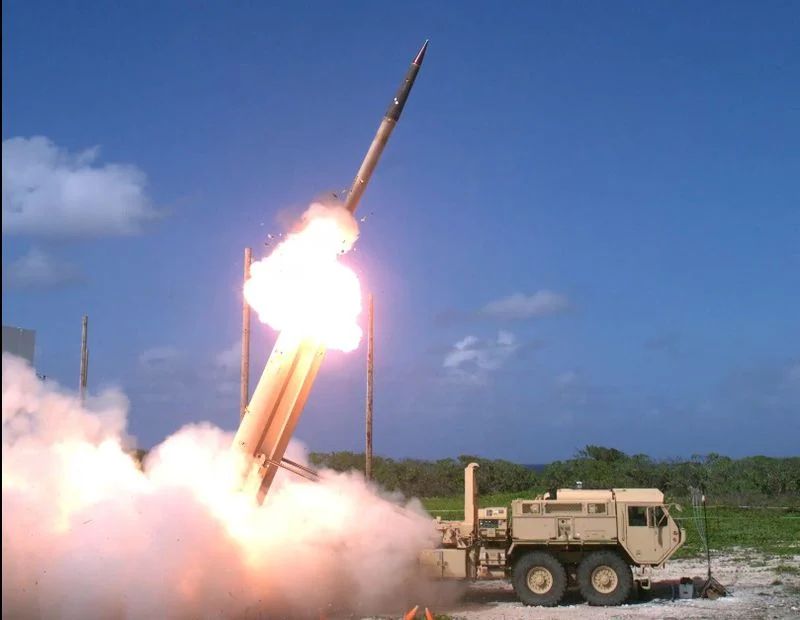 CBO estimates that developing F-35-launched boost-phase interceptors to defend against North Korean ballistic missiles would cost $25 billion to $40 billion to develop, with an additional $10 billion to $20 billion a year to operate.

WASHINGTON: Pentagon investment in missile defense from 2020 through 2029 may total a whopping $176 billion, says the Congressional Budget Office (CBO) in a new study. This estimate represents a $50 billion increase from CBO’s previous 2017-2026 missile defense cost review — or $5 billion per year.

That 10-year estimate does not include the costs of new DoD efforts to track and defend against hypersonic missiles, however, because CBO could not find enough data to do so, the study, “Costs of Implementing Recommendations of the 2019 Missile Defense Review,” finds.

Instead, that 10-year estimate only covers DoD missile defense programs included in the 2020 budget request. Where possible, CBO estimated additional costs that would stem from the Trump administration’s 2019 Missile Defense Review, as mandated by Congress in the 2019 National Defense Authorization Act (NDAA).

Interestingly, CBO notes that the MDR actually was mostly completed by the end of 2017 although it wasn’t released until January 2019. “In that case, high-priority changes suggested by analysis conducted for the MDR most likely guided a request for emergency appropriations in fiscal year 2018 and were also reflected in the fiscal year 2019 and fiscal year 2020 budget submissions, which were developed before the MDR’s formal release.”

For example, CBO projects costs for the two options included in the MDR for expanding the Ground-Based Midcourse Defense program “if threat conditions warrant”:

Likewise, CBO takes a stab at projecting likely costs of developing new interceptors to strike down incoming missiles in their boost phase just after launch, either based in space or on F-35 stealth fighters — two options under DoD study as a result of the MDR.

“CBO estimates, developing and fielding a standing ABI [airborne interceptor] defense against North Korea using F-35 aircraft and the concept described in the referenced study would cost $25 billion to $40 billion to develop, with an additional $10 billion to $20 billion a year to operate it,” the study says.

The CBO report stresses that this cost estimate only applies to defense against missiles launched from a relatively small adversary such as North Korea, not to a peer adversary with a large land mass such as Russia or China. “The aircraft carrying ABIs would have to be close to or within the airspace of the country launching the ballistic missile for an interceptor to be able to reach the ballistic missile while its engines were still burning. Thus, a complete defense would not be possible in peacetime in most cases, particularly against large- or medium-sized countries.”

As for space-based boost-phase interceptors, CBO says depending on the number of ‘mothership’ satellites and how many interceptors are orbited the 20-year price tag for development, procurement and operations would be between $40 billion and $250 billion. (This sum is lower than that calculated by CBO in its previous 2004 study and a similar study by the National Research Council in 2012, the new CBO reports says, due to the large decrease in satellite launch and production costs over the intervening years.)

CBO also looks at the potential costs of three other studies initiated by the MDR:

Increasing the number of Terminal High Altitude Area Defense (THAAD) batteries. The MDR directs DoD to determine whether the current number of THAAD batteries is sufficient. If more were required, each additional battery would cost about $800 million to procure and about $30 million per year to operate, in CBO’s estimation.

Making all Aegis destroyers fully ballistic missile defense (BMD) capable. Provided that current shipyard capacity was adequate to install necessary upgrades, all 94 Aegis ships available in 2029 could be BMD-capable without any additional cost beyond what is already included in CBO’s projection, the agency estimates. However, new costs could be incurred if DoD purchased more missile defense interceptors than those currently planned to outfit those ships.

Developing a plan to make the Aegis Ashore test facility at the Pacific Missile Range Facility (PMRF) operational within 30 days of a directive to do so. By CBO’s estimate, no investment costs would be required to enable operations at the test facility. However, costs could be incurred, perhaps substantial ones, to house personnel and relocate non-missile-defense test activities if the test site remained operational for an extended period.

However, CBO said it could not estimate potential costs for three other systems for which the MDR initiated studies — incorporating the F-35 sensors into missile defense, developing a new satellite constellation to track ballistic and hypersonic missile threats, and developing defenses against hypersonic missiles—because “there was not enough detail for CBO to fully estimate the costs of developing the systems.”

The Space Development Agency (SDA) awarded SpaceX $149 million and L3Harris $194 million to each build four Low Earth Orbit (LEO, below 2,000 kilometers in altitude) satellites for the agency’s Tracking Layer Tranche 0, designed to detect ballistic, cruise and hypersonic missiles using a wide field of view IR sensor. SDA announced on Dec. 31 it had granted a contract worth up to $150 million to SpaceX for launch of the Tranche 0 satellites.

Further, MDA announced yesterday it had awarded L3Harris a $122 million contract for a prototype Hypersonic and Ballistic Tracking Space Sensor (HBTSS) — which under a plan that has piqued congressional ire — will equip the SDA satellites. The company will provide MDA “an on-orbit prototype demonstration, culminating with launch and early orbit testing,” according to the DoD announcement. The work is to be completed by July 14, 2023.

The low-cost SDA satellites (SDA Director Derek Tournear says they each will cost “in the ten-ish millions”) are supposed to “provide missile warning and tracking information to national defense authorities, and tracking and cueing data for missile defense elements,” according to SDA officials. SDA intends to launch have eight Tracking Layer satellites on orbit by March 31, 2023.

Those eight satellites, however, are only an initial stage. Under SDA’s seven-layer National Defense Architecture,” the Tracking Layer eventually could comprise some 200 satellites. SDA — which currently reports to DoD’s Office of the Undersecretary for Research & Engineering (USDR&E) rather than the Space Force — has not publicly released a projected costs for the Tracking Layer. This is in part due to the “spiral development” strategy being utilized, which envisions updates to capabilities every two years at least through 2030.