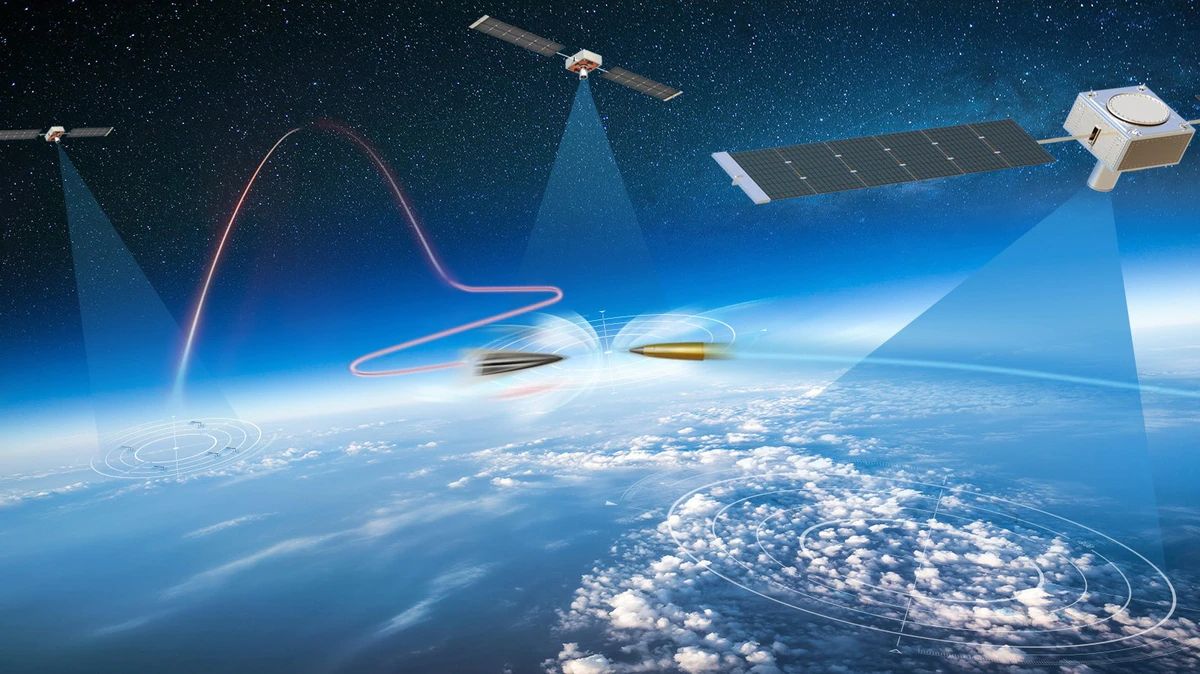 In tandem with the Space Development Agency’s tracking layer, the HBTSS constellation is the Pentagon’s answer to hypersonic weapons, which are too dim to effectively track with current sensors in geostationary orbit and can potentially avoid terrestrial sensors. The constellation will be closer to the planet’s surface in low Earth orbit, allowing sensors to more easily see the dimmer threat.

However, being closer to the Earth’s surface results in a far narrower field of view for each satellite. In order to get worldwide coverage, the Pentagon is pursuing a proliferated constellation made up of dozens of satellites. SDA’s tracking layer satellites will initially pick up a threat, with each satellite tracking the weapon and then passing off custody to the next satellite as the weapon leaves its field of view. Ultimately, the threat will be passed on to the more sensitive HBTSS, which can provide targeting data.

“The combination of high speed, maneuverability and relatively low altitude of some of the emerging advanced missile threats makes them challenging targets for our current missile defense systems,” the agency said in a statement. “HBTSS is needed, since we cannot populate the Earth and the oceans with terrestrial radars to meet this need. The ‘birth-to-death’ tracking that HBTSS can provide when integrated with terrestrial sensors will make it possible to maintain custody of missile threats from launch through intercept regardless of location.”

Four companies were in the running to build the new HBTSS prototypes, but MDA stated on Jan. 22 that L3Harris and Northrop Grumman will be the two moving forward into the on-orbit prototype demonstration.

The other transaction authority contracts covers the prototypes through launch and early on-orbit testing. According to MDA, the prototypes should “demonstrate the sensitivity and fire-control quality of service necessary to support both the emerging hypersonic threat kill chain and dim upper-stage ballistic missiles.”