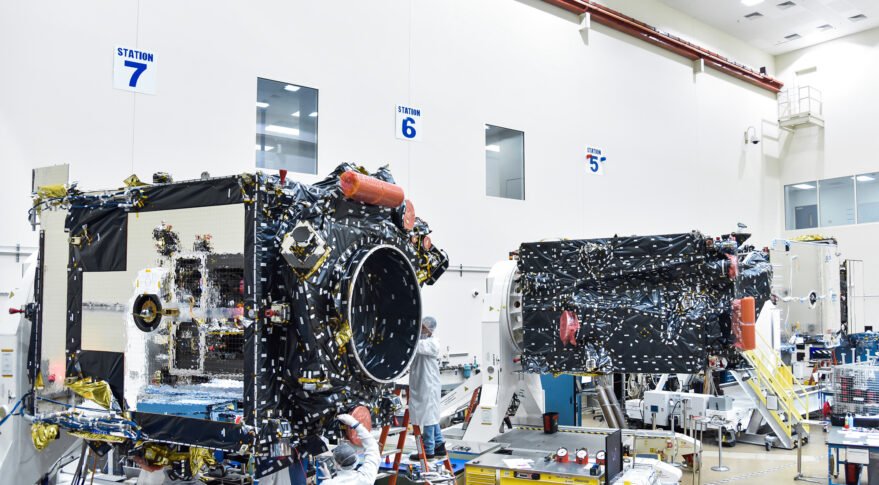 HUNTSVILLE, Ala. — Maxar Technologies announced Aug. 9 it was selected by L3Harris to manufacture 14 missile-detection satellites for the U.S. Space Development Agency.

The 28 infrared-sensing satellites will be part of a global network of eyes in the sky the Pentagon will use to detect and track the latest generation of ballistic and hypersonic missiles being developed by countries like Russia and China.

“This is a big win,” Maxar CEO Daniel Jablonsky said Aug. 9 during a second-quarter earnings call. He called the agreement with L3Harris a validation of Maxar’s strategy to pursue national security satellite contracts to diversify its mostly commercial-only business.

Maxar will supply satellite buses and provide support services as a subcontractor to L3Harris. The company did not disclose the value of the contract. Jablonsky said it’s a fixed-price deal for Maxar’s new “workhorse PLEO” bus, designed for proliferated low Earth orbit constellations and based on an earlier design the company bid for the Telesat constellation.

The contract with L3Harris also covers the integration of mission payloads, including optical terminals for mesh networking, Ka-band communications and infrared sensors. Maxar will manufacture the buses at its factories in Palo Alto and San Jose, California, for delivery in 2024. Launches are scheduled to begin in April 2025.

“This program demonstrates that Maxar is primed to handle a diverse set of missions,” said Chris Johnson, Maxar senior vice president and general manager of space.