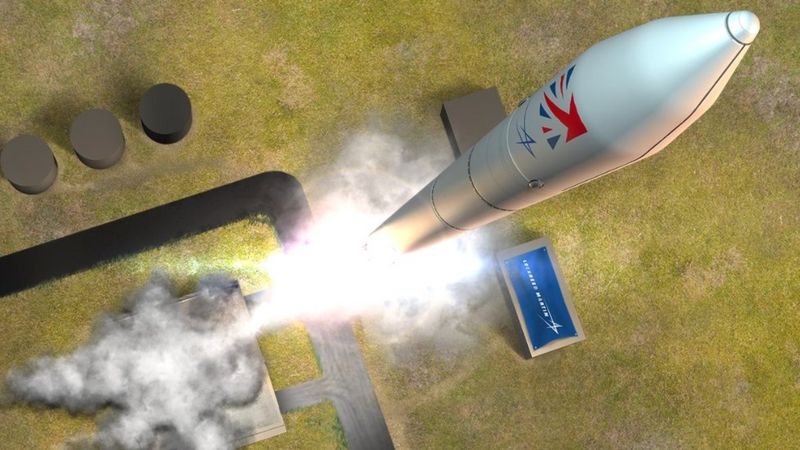 WASHINGTON — ABL Space Systems will conduct a launch for Lockheed Martin from a new spaceport in the Shetland Islands, fulfilling an agreement with the British government announced in 2018.

Lockheed said Feb. 7 that ABL will perform a launch of its RS1 rocket from the Shetland Space Centre, a spaceport to be developed on the island of Unst in the Shetlands, in 2022. The rocket, on a mission called the UK Pathfinder launch, will place into orbit a tug developed by Moog in the UK that will then deploy six 6U cubesats.

The launch will fulfill an award made by the British government in 2018 to support development of a domestic launch capability. The $31 million contract to Lockheed Martin covered a launch, then planned for a spaceport at Sutherland in northern Scotland, as well as Moog’s orbital maneuvering vehicle.

Lockheed did not disclose at the time, though, which vehicle it would use for the launch. The company does not have a small launch vehicle of its own compatible with the spaceport, but has invested in companies working on such vehicles, including ABL Space Systems and Rocket Lab.

In October, Lockheed announced the UK Space Agency agreed to allow the company to perform the launch from the Shetland Space Centre. The company said doing so would avoid conflicts with Orbex, a small launch vehicle developer based in the UK that also plans to launch from Sutherland. At the time of that announcement, Lockheed said it was in “discussions with a preferred partner” but did not disclose that company.

“We are absolutely committed to the success of this program and the world-class capability that ABL Space Systems brings will allow us to build on our long-standing partnership with the UK and strengthen the growth of the UK space sector,” Nik Smith, regional director of Lockheed Martin Space, said in a statement.

“We want the UK to be the first in Europe to launch small satellites into orbit, attracting innovative businesses from all over the world,” Ian Annett, deputy chief executive of the UK Space Agency, said in the statement. “Lockheed Martin’s selection of ABL Space Systems for their UK Pathfinder launch brings us one step closer to realizing this ambition, putting the UK firmly on the map as Europe’s leading small satellite launch destination.”

Lockheed said ABL’s ability to launch with limited on-site infrastructure played a key role in its decision. “We selected ABL Space Systems for the UK Pathfinder Launch to harness the flexibility of ABL’s integrated GS0 launch system and RS1 rocket, which will allow us to quickly stand up our new site,” Randy DeRosa, program manager for Lockheed’s UK Pathfinder Launch program, said in a statement to SpaceNews. “The ABL system is relatively easy, quick and cost-effective to deploy, with fantastic performance, an important capability for many of our future customers.”

According to ABL, its GS0 launch system is “fully self-contained” and thus doesn’t require any fixed infrastructure at the spaceport. Shetland Space Centre will provide a flat concrete launch pad, bulk propellant and gas commodities, as well as a mission control center.

The launch from the UK does require more paperwork for ABL in the form of export and launch licensing. A Technology Safeguards Agreement between the American and British governments, along with a technical assistant agreement the company has with its UK partners, will allow ABL to export its rocket to the UK. The launch will also require launch licenses from both the U.S. Federal Aviation Administration and the UK’s Civil Aviation Authority.

The RS1 rocket is in its final stages of development, with a first launch from Vandenberg Air Force Base in California scheduled for the second quarter of this year. While the Lockheed contract covers a single launch, ABL expects this to be the first in a series of launches from the UK.

“We’re hoping to establish a regular launch cadence from Shetland Space Centre, allowing us to better serve the European satellite market,” an ABL spokesman said. “We are beginning to formulate our European strategy and recently incorporated an ABL UK subsidiary to support these efforts.”