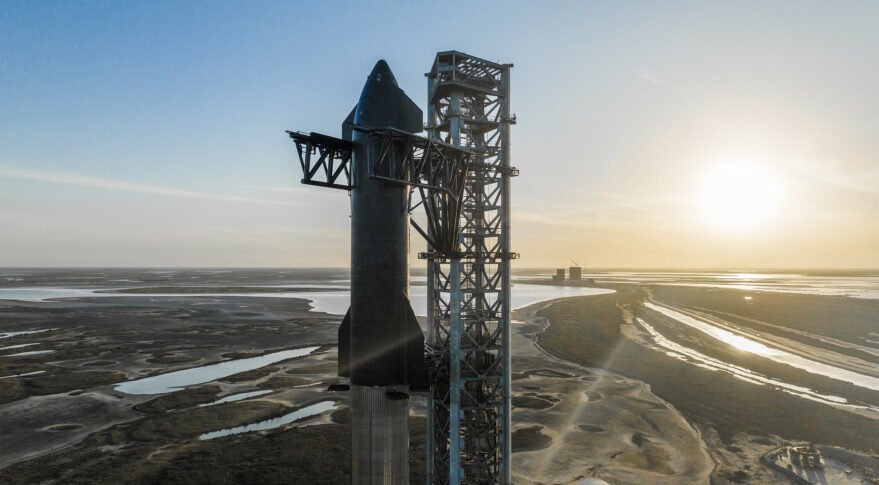 Brig. Gen. Stephen Purdy: Seeing Starbase ‘gives you a lot of ideas of what the future could be’

Purdy is the commander of Florida’s Eastern Range and also serves as the Space Force’s program executive officer for assured access to space, a new post within the Space Systems Command overseeing launch services procurement for the U.S. military and intelligence agencies.

“I did get a chance to go down to Boca Chica and see it in person. It’s an amazing facility that gives you a lot of ideas of what the future could be,” Purdy told SpaceNews in an interview at the Space Symposium.

There is still a lot of uncertainty about Starship, Purdy noted. It has not yet flown to orbit and SpaceX is awaiting a license from the Federal Aviation Administration to launch from Boca Chica, but the Space Force is keeping an eye on it.

“The question is ‘how does it work?’” said Purdy. “Since they haven’t done it yet, there’s not a lot to go on, but we’re watching it closely.”

Starship is a huge structure with a first-stage Super Heavy booster at the bottom and the second-stage Starship spacecraft on top. SpaceX said it will be capable of carrying more than 100 metric tons of cargo and crew per launch. The details about its concept of operations are still fuzzy but could include delivering supplies and propellant to low Earth orbit, or to the moon, and from there fly to Mars.

“I’m excited to see how that will come about,” said Purdy. He noted that both the Space Force and NASA are supporting the construction of Starship test and launch facilities in Florida.

Purdy said it’s too early to project how the Space Force might employ Starship. The Air Force Research Laboratory awarded SpaceX a $102 million contract to study ways in which the military could use the company’s launch vehicles to transport cargo and crews from point to point on Earth.

Conceivably the Space Force could use Starship to launch satellites, depending on what capabilities the vehicle can provide, said Purdy. One scenario would be to employ Starship as mass transportation to fly satellites to low Earth orbit and then rely on orbital transfer vehicles to deploy the satellites to their final destination. “Traditionally launch has always been a direct injection to orbit because there was not really another path,” he said.

“We’re absolutely looking at that to see what comes about and how we might use it,” Purdy added. There are still too many unknowns “but the generic concept of putting a satellite into low Earth orbit, and then moving it somehow into high Earth orbit is attractive and interesting. We’re definitely curious to see where the commercial market goes so we can leverage it.”