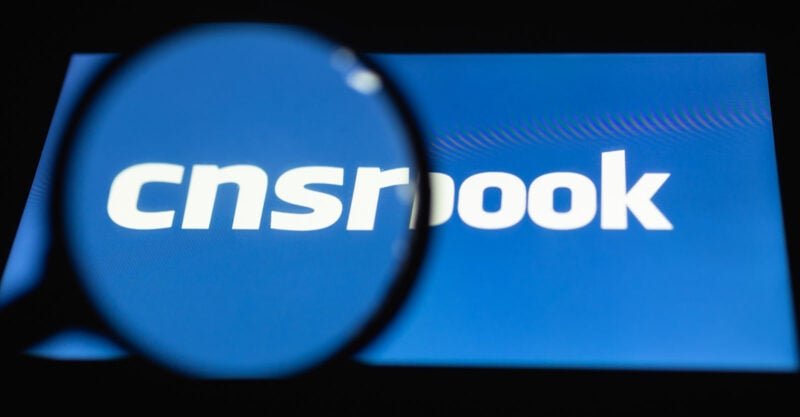 By Dr. Joseph Mercola,
Published by the Defender, 31 October 2022

So many ex-government workers are now employed by Facebook that it’s difficult to view Meta as a private company instead of a government partner, intent on silencing anyone who speaks out against the official narrative.

Story at a glance:

Facebook CEO Mark Zuckerberg has stated that Facebook’s values are based on the American tradition of free expression. Yet, censorship on social media has gone mainstream as part of the campaign to control what you see online, and therefore what you think and how you perceive reality.

In an official Facebook video, a Meta employee identified as “Aaron” states that he’s the manager of “the team that writes the rules for Facebook,” deciding “what is acceptable and what is not.” These gatekeepers effectively dictate what the platform’s 2.9 billion active users see when they’re scrolling their feeds.

“It is here where decisions about what content is allowed, what will be promoted and who or what will be suppressed are made. These decisions affect what news and information billions of people across the world see every day.

“Therefore, those in charge of the algorithms hold far more power and influence over the public sphere than even editors at the largest news outlets.”

But according to Macleod’s MintPress investigation, many of the people in charge of moderating content at Facebook have been recruited from the government, including the Central Intelligence Agency, FBI and DOD, to the extent that, he says, “some might feel it becomes difficult to see where the U.S. national security state ends and Facebook begins.”

Facebook employee Aaron, featured in their marketing video, formerly worked for the CIA, up until July 2019, though this isn’t disclosed by Facebook. According to Macleod:

“In his 15-year career, Aaron Berman rose to become a highly influential part of the CIA.

“For years, he prepared and edited the president of the United States’ daily brief, ‘wr[iting] and overs[eeing] intelligence analysis to enable the President and senior U.S. officials to make decisions on the most critical national security issues,’ especially on ‘the impact of influence operations on social movements, security, and democracy,’ his LinkedIn profile reads.

“None of this is mentioned in the Facebook video.”

Meta is teeming with ex-government agents

Berman is not the only ex-CIA agent working at Facebook — far from it. So many ex-government workers are now employed by Facebook that it’s difficult to view Meta as a private company instead of a government partner, intent on silencing anyone who speaks out against the official narrative.

Former members of other government agencies are also common at Meta. Macleod revealed:

“USAID is a U.S. government-funded influence organization which has bankrolled or stage managed multiple regime change operations abroad, including in Venezuela in 2002, Cuba in 2021, and ongoing attempts in Nicaragua,” Macleod noted.

Ex-intelligence officers in control of what you see

Meta is appearing increasingly like another branch of government put in place to mold the views of society, as with a workforce composed of ex-intelligence agents, it’s difficult, if not impossible, to remain impartial.

“Hiring so many ex-U.S. state officials to run Facebook’s most politically sensitive operations raises troubling questions about the company’s impartiality and its proximity to government power.

“Meta is so full of national security state agents that at some point, it almost becomes more difficult to find individuals in trust and safety who were not formerly agents of the state.

“Despite its efforts to brand itself as a progressive, ‘woke’ organization, the Central Intelligence Agency remains deeply controversial.

“It has been charged with overthrowing or attempting to overthrow numerous foreign governments (some of them democratically elected), helping prominent Nazis escape punishment after World War Two, funnelling large quantities of drugs and weapons around the world, penetrating domestic media outlets, routinely spreading false information and operating a global network of ‘black sites’ where prisoners are repeatedly tortured.

“Therefore, critics argue that putting operatives from this organization in control of our news feeds is deeply inappropriate.”

CIA history of control and corruption

After WWII, Stepan Bandera, the leader of the most radical section of the Organization of Ukrainian Nationalists (OUN), which was founded in 1929 and had the ultimate goal of creating an ethnically pure, independent Ukraine, and other Ukrainian Nazi leaders fled to Europe, and the CIA helped protect them.

The CIA later informed the Immigration and Naturalization Service that it had concealed Bandera and other Ukrainians from the Soviets.

While the Nuremberg trials brought justice to the leaders of fascist Germany, “the Ukrainian Nazis were spared the same fate, and some were even granted indulgences by the CIA.”

According to the film “Ukraine on Fire,” “By 1951, the Agency [CIA] excused the illegal activities of OUN’s security branch in the name of Cold War necessity.”

In another disturbing example, one of the first scientists assigned to Fort Detrick’s secret biological warfare laboratory during WWII was bioweapons expert Frank Olson. In 1953, Olson died after plummeting to the ground from a high-rise hotel room window in Manhattan.

Days earlier, he had been secretly drugged by the CIA, which claimed Olson’s death was a suicide. Decades later, however, it was revealed that Olson didn’t jump from the window — he was deliberately murdered after the CIA became concerned that he might reveal disturbing top-secret operations.

This includes the CIA’s top-secret MK-Ultra project, which engaged in mind control experiments, human torture and other medical studies, including how much LSD it would take to “shatter the mind and blast away consciousness.”

Controlling the media is the ‘CIA’s dream’

The collusion of the media with government agencies is nothing new. In January 1977, Washington Post reporter Carl Bernstein’s 25,000-word article was published in Rolling Stone, detailing the close relationship between the CIA and the press.

Bernstein described full-time CIA agents who worked as journalists and more than 400 U.S. journalists who secretly carried out assignments for the CIA over a 25-year period.

The program was known as Operation Mockingbird and involved the CIA paying journalists to write fake stories and spread propaganda instead of real news. Activist Post added:

“Implementing a fact-checking solution that is a centralized mechanism powered by journalists they could easily control is certainly the CIA’s … dream, as a CIA director was once quoted stating that once the public’s perception is confused about what is real and what is propaganda then their mission would be complete.

“Now you might think the CIA owning journalists is conspiratorial, but it happened with MKultra’s Operation Mockingbird.”

As further noted by Monthly Review, the situation has only gotten worse, as evidenced by the steady stream of ex-CIA agents now heading up policy and content moderation at Facebook. “The CIA used to infiltrate the media. Now the CIA is the media,” the news outlet noted, adding:

“Back in the good old days, when things were more innocent and simple, the psychopathic Central Intelligence Agency had to covertly infiltrate the news media to manipulate the information Americans were consuming about their nation and the world.

“Nowadays, there is no meaningful separation between the news media and the CIA at all.”

To be clear, it’s not only Facebook that’s relying on former CIA agents to decide what you can see. Other social media giants are similarly affected, employing individuals from a multitude of government agencies.

“In previous investigations,” Macleod wrote, “this author has detailed how TikTok is flooded with NATO officials, how former FBI agents abound at Twitter, and how Reddit is led by a former war planner for the NATO think tank, the Atlantic Council.”

However, he says, “the sheer scale of infiltration of Facebook blows these away. Facebook, in short, is utterly swarming with spooks.”

What does this mean for the information you see on a daily basis, assuming you’re one of the billions who take a peek or two at Facebook during the day? Macleod explained:

“The problem is that having so many former CIA employees running the world’s most important information and news platform is only one small step removed from the agency itself deciding what you see and what we do not see online — and all with essentially no public oversight.

“In this sense, this arrangement constitutes the best of both worlds for Washington. They can exert significant influence over global news and information flows but maintain some veneer of plausible deniability.

“The U.S. government does not need to directly tell Facebook what policies to enact. This is because the people in decision-making positions are inordinately those who rose through the ranks of the national security state beforehand, meaning their outlooks match those of Washington’s.

“And if Facebook does not play ball, quiet threats about regulation or breaking up the company’s enormous monopoly can also achieve the desired outcomes.”