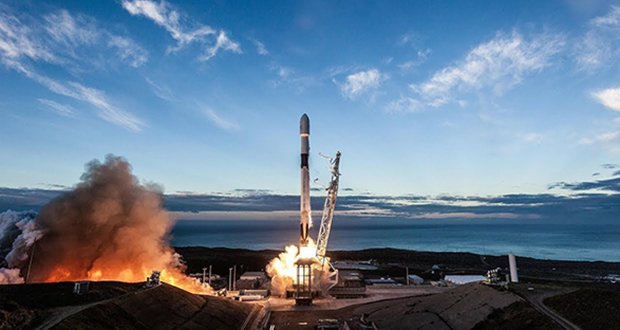 The display will not be viewable from Earth but images will be captured using a “selfie stick” and transmitted for use on streaming platforms.

SpaceX, the space rocket company founded by Elon Musk, is to launch a satellite-based advertising display screen from a Canadian tech startup into space.

Technology firm Geometric Energy Corporation (GEC) is currently working on a CubeSat satellite which will have a display screen on one side where ads, logos and art can appear. According to the GEC website, the satellite will rideshare on a SpaceX Falcon 9 rocket which is due to launch on 1 June 2022.

In an interview with the Insider website, GEC CEO Samuel Reid said people and companies will be able to bid for pixels on the satellite’s display screen which will not be directly viewable from the Earth. Camera technology, attached to a “selfie stick”, will take pictures of the display, with the Earth in the background, which will then be relayed back to the ground. The footage can then be livestreamed to YouTube or to Twitch.

Advertising customers will be able to buy five tokens to claim their advertising – Beta for the X coordinate, Rho for the Y coordinate, Gamma for the brightness, Kappa for the colour, and Xi for the duration of the ad. The tokens can be bought with cryptocurrency such as Ethereum, and it may be possible to purchase them with Dogecoin down the line too.

GEC’s founder Samuel Reid, who first reached out to SpaceX in 2018, previously taught some of Elon Musk’s children at the billionaire’s Ad Astra school at SpaceX’s offices in California and he said that this helped SpaceX to take notice of him and GEC.

In comments posted on Twitter, Reid said: “Geometric will never have space advertising viewable from the Earth without the aid of technology. It is not obtrusive space advertising that Geometric plans for. It is just to stream data from space of a display screen captured (which no one sees from the ground).”

He added: “The invisibility of anything Geometric does in space is a 100% priority and we will never compromise ground-based astronomy or global public citizens’ freedom to a light pollution free night sky! That is the entire point of why this project was disruptive, non-obtrusive space ads.”