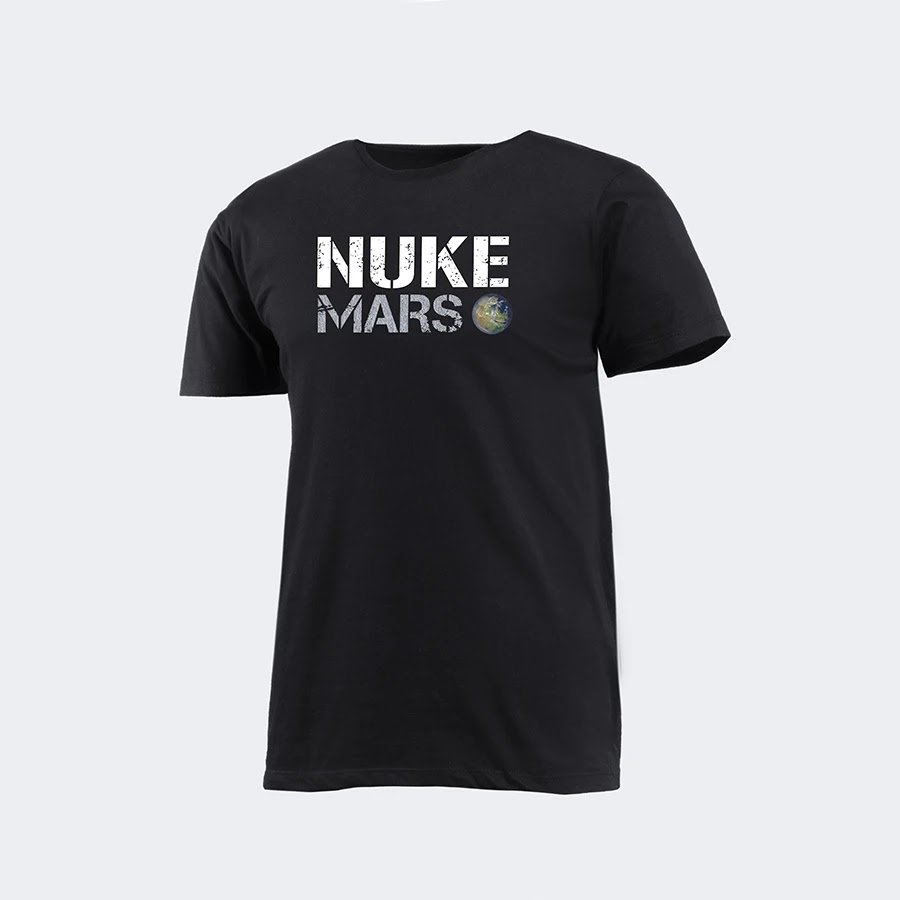 Elon Musk, and his company Space X, has a plan to take control of Mars. They want to ‘Terraform’ the dusty red planet to make it green and livable like our Mother Earth.

The first time I can recall hearing about Terraforming Mars was years ago while on a speaking tour in Southern California.  I picked up a copy of the LA Times and read an article about the Mars Society which has dreams of moving our human civilization to this faraway planet.  The article quoted Mars Society President Robert Zubrin (a Lockheed Martin executive) who called the Earth “a rotting, dying, stinking planet” and made the case for the transformation of Mars.

Imagine the cost. Why not instead spend money to heal our lush, beautiful, colorful home? What about the ethical considerations of humans deciding that another planet ought to be transformed for our  ‘use’? What about the legal implications as the UN’s Outer Space Treaty forbids such egotistical domination plans?

I am immediately reminded of the TV Star Trek show ‘Prime Directive’. The Prime Directive, also known as Starfleet General Order 1, the Non-Interference Directive, was the embodiment of one of Starfleet’s most important ethical principles: noninterference with other cultures and civilizations.

In other words ‘Do no harm’.

But Elon Musk wants to do big harm to Mars and whatever elemental life that might exist there.

Elon Musk, founder and CEO of Space X, has been touting the detonation of nuclear bombs on Mars to, he says, “transform it into an Earth-like planet.”   As Business Insider explains, Musk “has championed the idea of launching nuclear weapons just over Mars’ poles since 2015. He believes it will help warm the planet and make it more hospitable for human life.”

It’s been projected that it would take more than 10,000 nuclear bombs to carry out the Musk plan. The nuclear bomb explosions would also would render Mars radioactive. The nuclear bombs would be carried to Mars on the fleet of 1,000 Starships that Musk wants to build—like the one that blew up this [past] week.

SpaceX is selling T-shirts emblazoned with the words “Nuke Mars.”

The fundamental UN treaty relating to these questions is the Treaty on Principles Governing the Activities of States in the Exploration and Use of Outer Space, including the Moon and Other Celestial Bodies, or simply the “Outer Space Treaty.” It was ratified in 1967, largely based on a set of legal principles the general assembly accepted in 1962.

The treaty has several major points to it. Some of the key ones are:

Even NASA, which has been sending probes to Mars for many years, has stated that Terraforming Mars is not possible. (NASA is most interested in mining operations on the Red planet.) Their web site states:

Science fiction writers have long featured terraforming, the process of creating an Earth-like or habitable environment on another planet, in their stories. Scientists themselves have proposed terraforming to enable the long-term colonization of Mars. A solution common to both groups is to release carbon dioxide gas trapped in the Martian surface to thicken the atmosphere and act as a blanket to warm the planet.

However, Mars does not retain enough carbon dioxide that could practically be put back into the atmosphere to warm Mars, according to a new NASA-sponsored study.  Transforming the inhospitable Martian environment into a place astronauts could explore without life support is not possible without technology well beyond today’s capabilities.

In the end Musk’s call to ‘Occupy’ and ‘Nuke’ Mars could easily be described as typical ‘American exceptionalism’. And supreme arrogance. His ambitions are mega-terrestrial and he seems to not understand how dangerous his ideas (like launching 10,000 nukes to Mars) really are to those of us still trying to survive on Earth and to anyone who would be foolish enough to venture to Mars after such a mad scheme had taken place.

It is time for the adults in the room to sit the out-of-control and spoiled child down and inform him that he does not own the universe. No, Elon, you are not going to be the master of Mars.