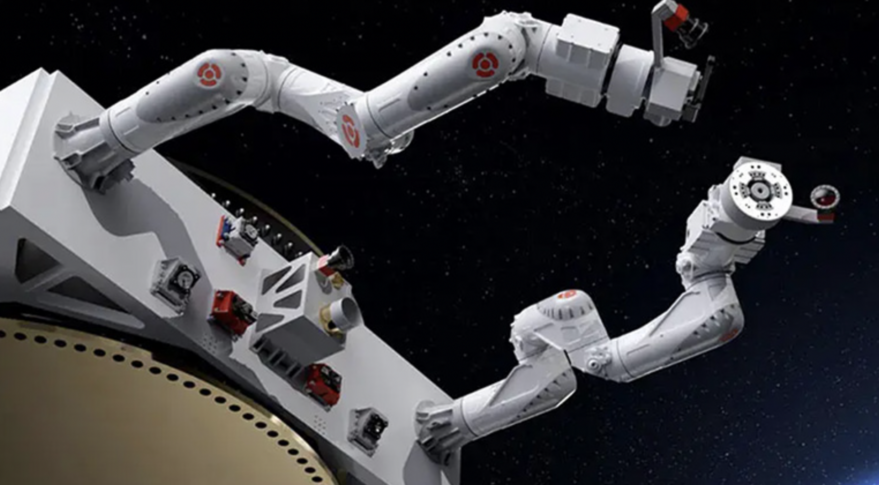 “Imagine a world where every 18 to 24 months, you could simply upgrade the processor on a satellite in GEO the way that you upgrade your smartphone to take advantage of new processing power and new functionality,” said Steve “Bucky” Butow, director of the space portfolio at the Defense Innovation Unit.

DIU, based in Silicon Valley, is a Defense Department agency established in 2015 to help bring privately funded innovation into military programs.

Since its inception, much of DIU’s space portfolio focused on low Earth orbit capabilities but the agency is now turning more attention toward the GEO belt, 22,000 miles above the Equator where many of the military’s key satellites operate.

In recent years “DoD has kind of awakened to the power of low Earth orbit … and now we want to make GEO cool again,” Butow said last month at a National Security Space Association online event.

DIU is especially interested in logistics, manufacturing and in-space satellite servicing. Butow said the plan is to team up with private companies and fund prototypes of systems that could later be commercialized. Another benefit for DoD is that having a more robust infrastructure in GEO would help support operations beyond Earth orbit into cislunar space.

“If we can deliver new transformative capabilities to the GEO belt, the cislunar domain is literally open for business as well,” said Butow. These technologies, he said, also would support NASA’s space exploration efforts.

A DIU spokesperson said the agency could not disclose how much funding is going to GEO space infrastructure projects. The agency has a small budget but gets programs funded by teaming up with larger DoD agencies such as the Space Systems Command and the Air Force Research Laboratory. Private companies that work with DIU also have to agree to partially fund projects.

DIU is reviewing bids for a project to demonstrate in-orbit refueling across several orbits. The program is known as RAPID, which stands for readily accessible propellant in diverse orbits.

Another program is called Modularity for Space Systems, or M4SS. DIU in March selected three companies — Motiv Space Systems, Maxar Technologies and Tethers Unlimited — to prototype robotic arms and other modular systems that could be attached to servicing vehicles operating in GEO. The companies have to deliver prototypes in 2024. The value of their contracts has not been disclosed.

These robotic arms, Ryan said, are going to “capture, attach themselves to other vehicles, provide upgrades or servicing.”

DIU told the three companies to design systems that could be commercialized rather than follow military specs. The idea is to keep costs as low as possible and help the companies sell their services to a broad range of customers, Ryan said.

If these prototypes are successful, the expectation is that DoD organizations will provide long-term funding. DoD’s financial support for satellite refueling and servicing is important because it sends a signal to the commercial market that if companies invest in these technologies, the military will be a customer, Ryan said. “Industry wants to know that they’re not going to put an expensive satellite into an austere orbit and be abandoned because there’s no infrastructure to support that down the line.”

“DIU in a way is representing the government when we invest in these projects like robotic arms and interfaces to provide power, data, and of course refueling,” Ryan said.

“We’re kind of at a tipping point,” he said. Commercial industry is ready to move forward but needs the government “to provide those demand indicators, lay out that framework, provide a certain amount of infrastructure to demonstrate that there’s going to be a market.”

The government does not plan to be the anchor customer “but it’ll probably be one of the biggest users of these technologies, especially in GEO,” Ryan said.