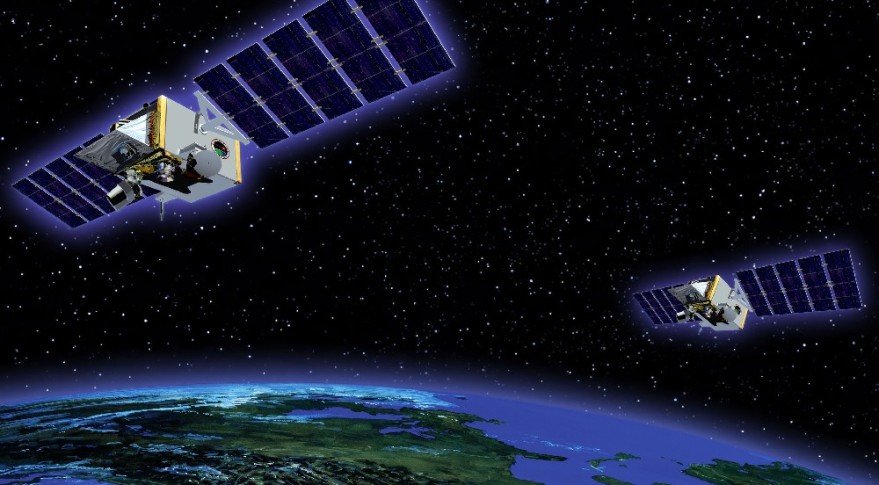 The two Space Tracking and Surveillance System (STSS) satellites were taken out of service on March 8. Made by Northrop Grumman, the satellites launched in 2009 on a United Launch Alliance Delta 2 rocket.

MDA in its 2022 budget requested $15.2 million to retire the STSS satellites and close out the program. The satellites stopped collecting data in September 2021.

MDA said it safely passivated the two space vehicles and moved them to orbits designed to prevent collisions with other space objects.  They will remain there for over 6,000 years.

The STSS satellites circled the Earth 12 times a day from an altitude of 1,350 kilometers, using infrared sensors to gather data on missile launches and track U.S. missile tests.

The Pentagon in the 1990s originally planned to deploy a constellation of as many as 24 of these low-orbiting satellites — then named SBIRS Low — to supplement the coverage provided by the geostationary Space Based Infrared System (SBIRS) satellites.

The SBIRS Low program in 2001 was transferred to the Missile Defense Agency where it became the Space Tracking and Surveillance System. In 2009 the agency launched two STSS satellites but as costs escalated, the Pentagon abandoned the original SBIRS Low goal of a 24-satellite constellation.

MDA said the STSS satellites were the agency’s “first attempt at exploring new ways to track threat missiles, and were originally expected to work for only four years.”

The data gathered by the STSS spacecraft has contributed to the development of new missile-defense sensors and systems, including the MDA Hypersonic and Ballistic Tracking Space Sensor (HBTSS) program, said MDA Director Vice Admiral Jon Hill. “We’ve been able to use it eight years longer than planned.”

In 2023, MDA will begin an on-orbit demonstration with two HBTSS prototype space vehicles made by Northrop Grumman and L3Harris Technologies.

“Space-based sensors can detect and track hypersonic, ballistic and other advanced threats that may not be possible by terrestrial radars that are limited by line of sight and the curvature of the Earth,” said Walter Chai, MDA’s director of space sensors.