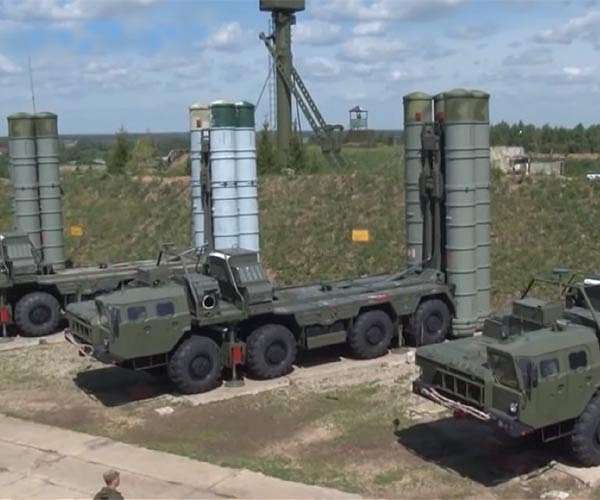 Despite the recent impressive gains made by China’s domestic military industry in the production of advanced air defences, the country has nothing like the S-500 and its integrated air-space defence capabilities in its arsenal, thepaper.cn contributor Lin Sen has suggested.

Commenting on the recent first public appearance of the S-500 at the Kapustin Yar proving grounds in the Astrakhan region in southern Russia, the analyst wrote that media reporting on the system has rightfully earned it its place as the “air defence missile system most concerned about” by Russia’s potential adversaries.

Outwardly, Lin pointed out, the S-500 looks similar to the launcher used by the Abakan air defence system, which was demonstrated at the Army-2020 military expo by Almaz-Antei last year. “The Abakan launch vehicle also uses the BAZ-69096 transport vehicle, and is also equipped with two 51P6E2 launch tubes. The biggest [visual] difference is that the [Abakan] also integrates a targeting radar which can be folded into the vehicle.”

Pointing to the S-500’s ability to deploy high altitude missiles, which enable it to target low-orbiting satellites, and its missiles’ blazing fast speeds, which allow it to intercept incoming medium-range and intercontinental ballistic missiles and even hypersonic targets, Lin stressed that the system includes a range of improvements over the S-400, including an interception range of up to 600 km, depending on missile configuration.

S-500s for China?
Pondering whether China should consider the S-500 for its own air and space defence arsenal, Lin recalled the long history of Russian-Chinese cooperation in air defence, going back to the Soviet period. “Needless to say, Soviet and Russian air defence missiles have had a profound impact on the building of China’s air defence systems and on missile development, from the S-75 air defence missile introduced in the early days after the founding of the People’s Republic, to the S-300, introduced after the end of the Cold War.”

The analyst suggested that the S-400 has already demonstrated that it “has a place” in the People’s Republic’s air defence system. At the same time, he noted, “although China’s air defence and anti-missile technology has developed very rapidly in recent years, it has not yet reached the stage where we can ‘look down on’ Russian-made air defence missiles.”

“In recent years, we have successfully developed a series of new air defence and guidance systems such as the HQ-9B, the HQ-22, and the HQ-19, demonstrating the latest achievements in air defence and anti-missile technology. However, none of them are even close to the S-500 missile complex, which allows for integrated air and space defence,” Lin stressed.

If Russia does eventually launch an export version of the S-500, it would be prudent for China to think very seriously about whether to acquire the system, according to the observer.

“The S-500 is an air defence weapon created for the future air-space integrated battle environment. With the further development of aerospace technology, the boundary between air and space has become more and more blurred, and the integration of air and space will become a trend in space and aviation for both offence and defence,” Lin predicted.

“The air-space attack system spans between the two spaces of aviation and aerospace. It is complex and ever-changing, and to deal with this kind of attack, multiple types of anti-missile and air-defence missiles must be united in one platform to form a network of operations to establish air, anti-missile and anti-aircraft defence,” he stressed.

The Russian defence sector has indicated that as far as the production of S-500s goes, it will focus first on the needs of the Russian military. The first system is expected to be delivered before the end of 2021 and introduced into service in 2022, with mass production set to start in 2025. Four of the first tens sets of the system will be deployed around Moscow, with five more sets to be stationed across the country’s five military districts, and another placed in reserve for mobile deployment.