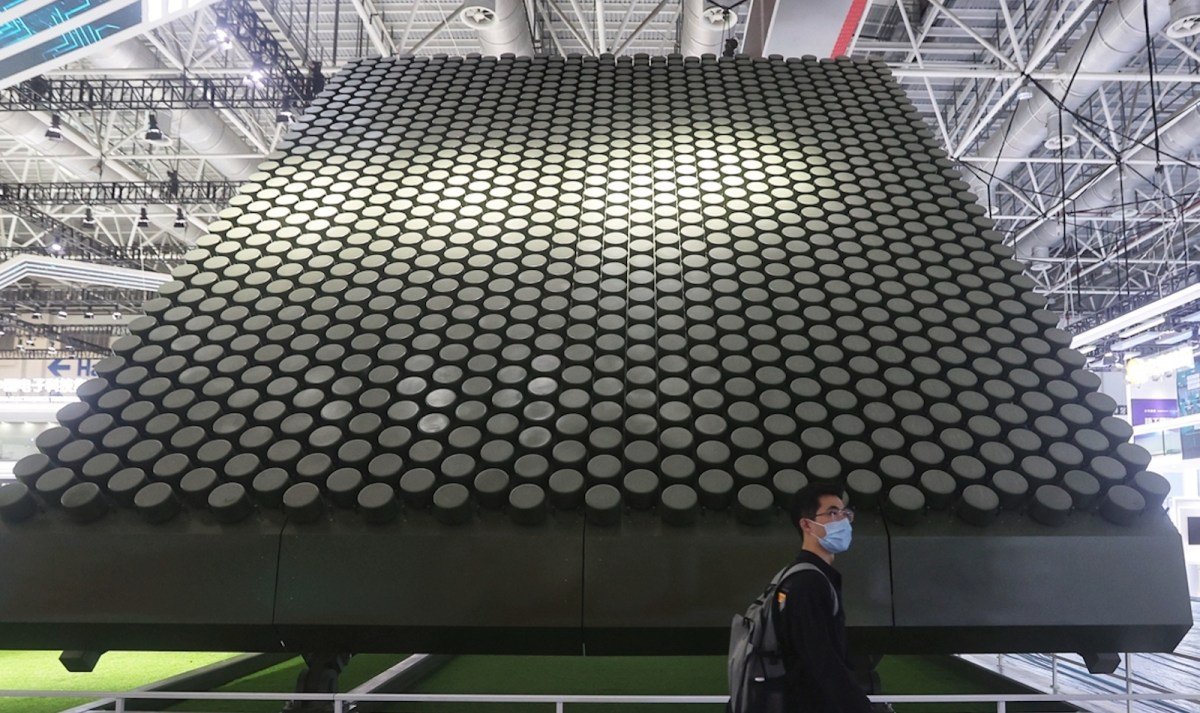 The state-owned Chinese company also claimed that the SLC-18 high-power, low-frequency P-band radar can function around the clock in all weather conditions and has an exceptionally large search range.

With proper geographic positioning, an SLC-18 radar network can monitor all satellites traveling over a specific area and predict the arrival of others, enabling commanders on the ground to respond, the company said.

According to CETC deputy manager Sun Rui, the SLC-18 “can detect satellites from a distance and can identify and categorize them to form a radar database that can help other equipment respond accordingly… at the same time, it sends data on the satellites to the command center to assist in decision making.”

Sun noted that the US currently deploys constellations of low-orbit surveillance satellites, meaning that a detection system needs to be able to detect, identify and react quickly. He said that the use of satellite surveillance in modern warfare makes it imperative for militaries to have satellite tracking capabilities over a specific area to avoid detection, engage in deception maneuvers or jam enemy satellites.

From a proliferation perspective, the SLC-18 may be available for export, with Pakistan, Iran and North Korea as possible allied customers.

Space-based reconnaissance provides tremendous advantages in military operations, including at strategic and tactical levels. Stark examples of these advantages were seen in the 1980-89 Iran-Iraq war and the ongoing Ukraine war. Asia Times has previously noted that during the Iran-Iraq war, US-supplied satellite intelligence enabled Iraq to inflict battle reverses and massive casualties on Iran.

Similarly, commercial satellites have been decisive in the Russia-Ukraine conflict. This March, The Washington Post reported that five commercial satellite imaging companies are sharing intelligence with Ukraine, with the intelligence allowing the latter to accurately target Russian forces, kill top generals and destroy fuel and ammunition stockpiles.

The use of commercial satellites for military purposes can be seen as a “grey zone” move by the US to complicate efforts to counter its long-established use of space as a sanctuary for its satellites, which are critical information nodes in US warfighting concepts and underline China’s and other US adversaries’ need for anti-satellite capabilities.

Although Russia has threatened to attack private commercial satellites supplying intelligence to Ukraine, the implications of such a move are unclear and would likely mark a significant escalation in the Ukraine war. An alternative response to destroying such satellites would be to evade them, blunting any intelligence advantage they offer while removing the risk of escalating terrestrial conflicts into outer space.

SatelliteObservation.net notes that satellites have predictable orbits, as gravity is the only force acting on them. Ground-based sensors may also only see satellites once or twice a day for a few minutes, relying on the laws of orbital mechanics to know their position at a particular time.

While satellites can maneuver to change their orbits, it is usually done with a chemical fuel that satellites carry only limited supplies, meaning they cannot maneuver all the time. Although some satellites are powered by electric rather than fuel-guzzling engines, they have much less power and take significantly more time to change orbital direction.

In April 2020, the US Space Force announced the activation of Space Fence, an S-band ground-based sensor that can track commercial and military satellites, spent rocket boosters and debris as small as 10 centimeters in low earth or geosynchronous orbit across in an east-west surveillance direction from 1,900 miles (3,057 kilometers) out.

“Space is now recognized as a congested and contested domain… and Space Fence is the next evolution in our efforts to maintain space superiority,” said Lieutenant Colonel David Tipton, commander of the 20th Space Control Squadron, in a March 2020 article in C4ISRNET.

However, C4ISRNET notes Space Fence’s limitations, including the fact that its single radar is based in Kwajalein Atoll in the Marshall Islands, making it impossible to track smaller objects continuously.  Breaking Defense notes that Space Fence needs a 10-megawatt power plant to function, puts off emissions that can be targeted by an adversary and carries a hefty US$914 million price tag.

The same source notes that these challenges stem from a perceived need to search all of space, with large sensors like Space Fence offering increased sensitivity but having a narrow field of view and enlarging the area needed to be searched.

Global Security suggests the alternative need for ground-based tracking systems that are simple, accurate and limited to a specific area of space that can quickly catalog earth-orbiting objects. Satellite ground tracking technology may thus evolve toward proliferated, small and mobile systems that can be deployed at the tactical level instead of large, strategic-level systems like Space Fence.

China is not the only country to make recent advances in tactical-level ground-based satellite tracking technology. Breaking Defense reported in October that Australia-based Silentium Defense had built a “space observatory in a box,” a passive satellite-tracking radar that could fit in a shipping container alongside all necessary components such as power supplies and computers.

The report said that users could deploy the system to fill coverage gaps left by existing space-tracking systems and Australia could opt to export the system to countries that now lack space-tracking capabilities. Silentium Defense’s system has reportedly been developed entirely in Australia, which means Canberra can export it to any country it chooses without US permission.

At the same time, Breaking Defense notes that Silentium’s system is limited by its reliance on external sources of FM radio waves to bounce off LEO satellites, meaning its utility may be limited in areas where those signals are few and weak.

The advent of small, mobile and affordable satellite ground-based tracking stations such as China’s SLC-18 and Silentium Defense’s passive radar may lead to the proliferation of such capabilities, blunting the future advantage of space-based satellite intelligence gathering.