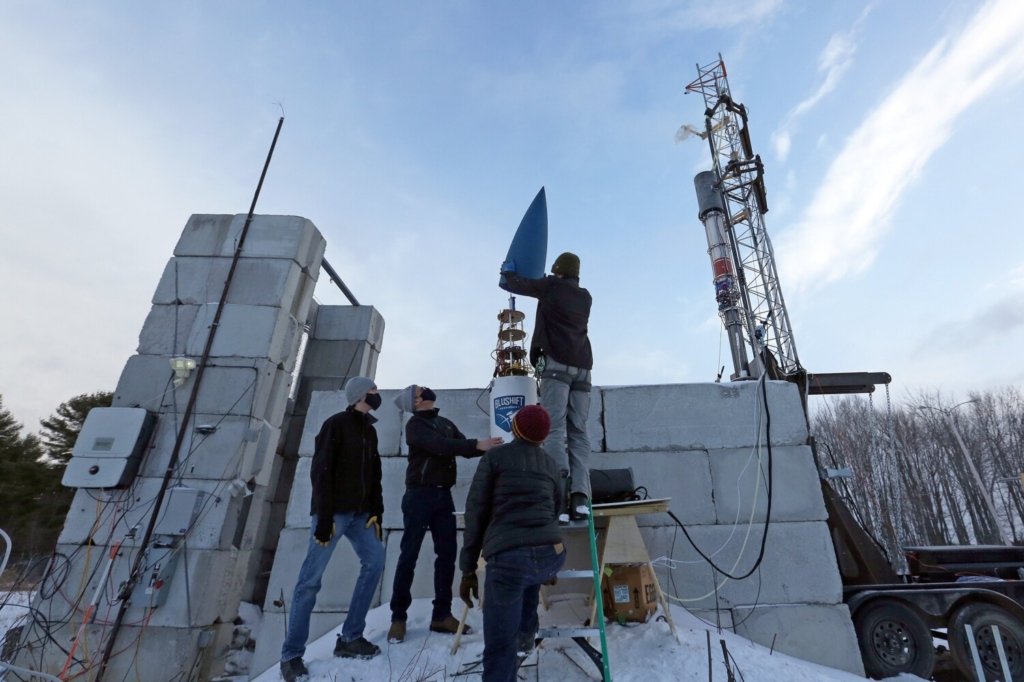 By C. Thatcher Carter,
Published by The Times Record, 9 March 2022

Brunswick rocket company bluShift Aerospace announced Tuesday it will no longer pursue a launch site in Jonesport. Instead, it wants to launch from Kennedy Space Center in Florida.

“Jonesport presented many unforeseen challenges, particularly when it came to the flow of accurate information,” bluShift Aerospace CEO Sascha Deri said in a news release Tuesday. “The good news is that we learned a lot about what it will take to work in harmony with a Maine community, whether it be on the Downeast coast or in northern Maine. Even though Jonesport didn’t work out, we have already been contacted by town leaders in Northern Maine and other coastal communities inviting us to bring the opportunity to their town.”

The Times Record reported that local fishermen took issue, citing concerns that launches would interfere with fishing and that gear could become damaged or tangled with parachutes used to slow a rocket’s descent. At the time, Deri said the Jonesport location offered several advantages, primarily a south-facing trajectory that allows a rocket to reach polar orbit without flying over any private property.

In an interview Tuesday, Deri said that a successful launch to space and payload retrieval – which he hopes will happen at Kennedy Space by the end of the year – would qualify the company for NASA’s Flight Opportunities Program. Through this program, Deri said, researchers are funded to pay companies between $350,000 and $500,000 per payload.

After that, Deri said the company will reassess where to launch.

“My hope and desire is that we will be able to at that point do it from Maine,” Deri said.

The company has described its business model as the Uber of space, where it will target a specific customer who wishes to send a payload into a particular orbit.