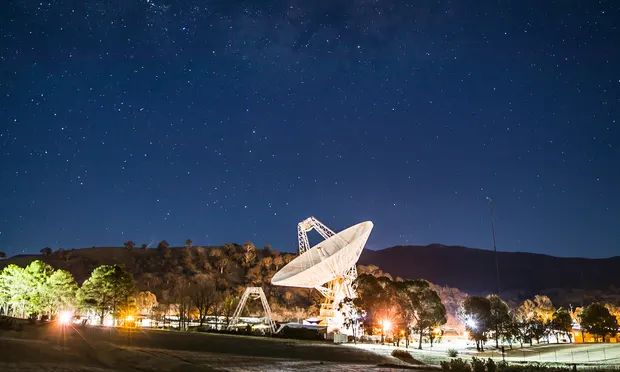 By Tory Shepherd,
Published by the Guardian, 7 October 2021

Palermo was speaking on a panel with Nasa administrator Bill Nelson which also discussed Australia’s role in the next crewed mission to the moon, known as Artemis.

Palermo said that Australia signing the Artemis Accords – a guide to space exploration principles signed by Australia, the US, and other countries – was a sign of its commitment to “the rules and norms that seek to ensure the safety, stability and sustainability of outer space”.

“I should also note that the Aukus discussion is a further indication of the growing depth of collaboration … between our two nations and the UK,” he said. “And we hope this momentum continues with even greater trade and collaboration across the space sector in the near future.”

The role of space in Aukus was glossed over initially, as the announcement about ending Australia’s submarine deal with France in favour of nuclear-powered submarines took precedence.

“We and our partners have agreed to deepen cooperation in areas such as equitable vaccine distribution, Covid-19 economic recovery, low-emissions technology, infrastructure investment, critical technologies, education, cybersecurity, space and countering disinformation,” she wrote.

Space is a critical part of any future military action because satellites are needed for communication, navigation and weapon guidance. There are fears nations such as China or Russia could target those satellites in any escalation of hostilities, leaving countries including Australia “deaf, dumb and blind”.

A joint statement issued after September’s Ausmin meeting noted that the US and Australia recognised the importance of shared capabilities and a common understanding of space-related threats.

There are plans for combined satellite activities and a space framework agreement to expand cooperation on “civil research, exploration, and use of space for peaceful purposes”.

According to Australian Strategic Policy Institute defence analyst Malcom Davis, China poses a threat to US, UK and Australian satellites. “The threat of hostile and aggressive behaviour in orbit is real,” he wrote, and will be critical for the three space powers.

“China already deploys direct-ascent, ‘hard kill’ anti-satellite, or ASAT weapons … holding at risk the entire range of critical US, UK and Australian space support in a crisis,” he wrote.

The space domain is critical for a war that is “precise, decisive and rapid, reduces the cost in lives lost, and minimises the prospect of failure”, Davis wrote.

“Reducing the prospect for a successful counterspace campaign and denying China and Russia the ability to deliver a decisive ‘Pearl Harbor in space’ is probably the most important goal for Aukus. Such an attack would quickly take away any knowledge edge and dramatically boost the risk of rapid defeat, leaving the three states effectively ‘deaf, dumb and blind’ in a crisis.”

Nelson spoke about Australia’s longstanding alliance in wars, and in space – dating back to when The Dish was part of the Apollo missions.

“We’ve been partnering with the Australian space agency to identify potential collaboration on the moon. Because we’re going back to the moon. We were there before. But this time, it’s to stay and to learn and prepare to go to Mars.

“We’ve identified an opportunity that will enable Australia’s expertise to align with Nasa’s exploration capabilities. And it’s gonna be a great partnership.”