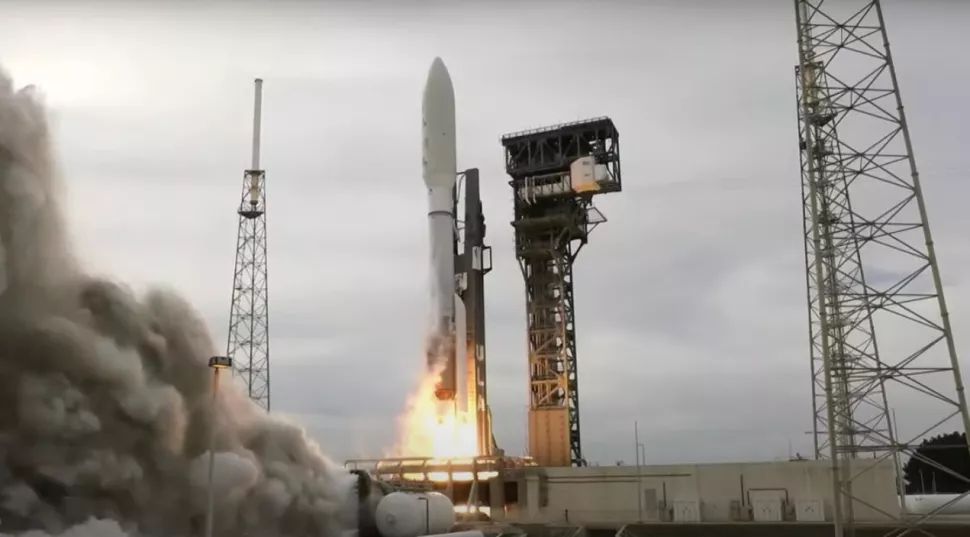 The twin spacecraft will help keep tabs on the traffic in geosynchronous orbit.

If all goes according to plan, the rocket will deploy the two satellites around six hours and 45 minutes after launch. The GSSAP craft will then make their way to their final destination, a near-geosynchronous orbit about 22,300 miles (36,000 kilometers) above the equator.

The satellites are the fifth and sixth GSSAP spacecraft to take flight. ULA launched the first four on two different flights, one in 2014 and the other in 2016. Both of those previous missions employed Delta IV Medium rockets, which were retired in 2019.

GSSAP satellites help U.S. Space Command keep tabs on the traffic in geosynchronous orbit, where a satellite’s orbital velocity matches the speed of Earth’s rotation. This is a prized perch for weather, communications and surveillance satellites, because spacecraft there “hover” over the same patch of the planet continuously (the same longitude, anyway).

“Enhanced position knowledge of satellites at that distance improves the ability to warn a spacecraft owner/operator if there is another object anticipated to approach too closely and create a hazardous situation,” they added. “Data from the GSSAP will uniquely contribute to timely and accurate orbital predictions, enhancing our knowledge of the GEO environment and further enabling spaceflight safety including satellite collision avoidance.”

Friday’s flight was the first ever for an Atlas V in the 511 configuration — one that features a 5-meter-wide (16.5 feet) payload fairing, a single-engine Centaur upper stage and one solid rocket booster strapped to the rocket’s side.

The 511 was the only Atlas V variant that had yet to fly, ULA representatives wrote in the mission description. But a close cousin of that version — the 411, which sports a 4-m-wide (13.2 feet) payload fairing — has flown half a dozen times, they added.