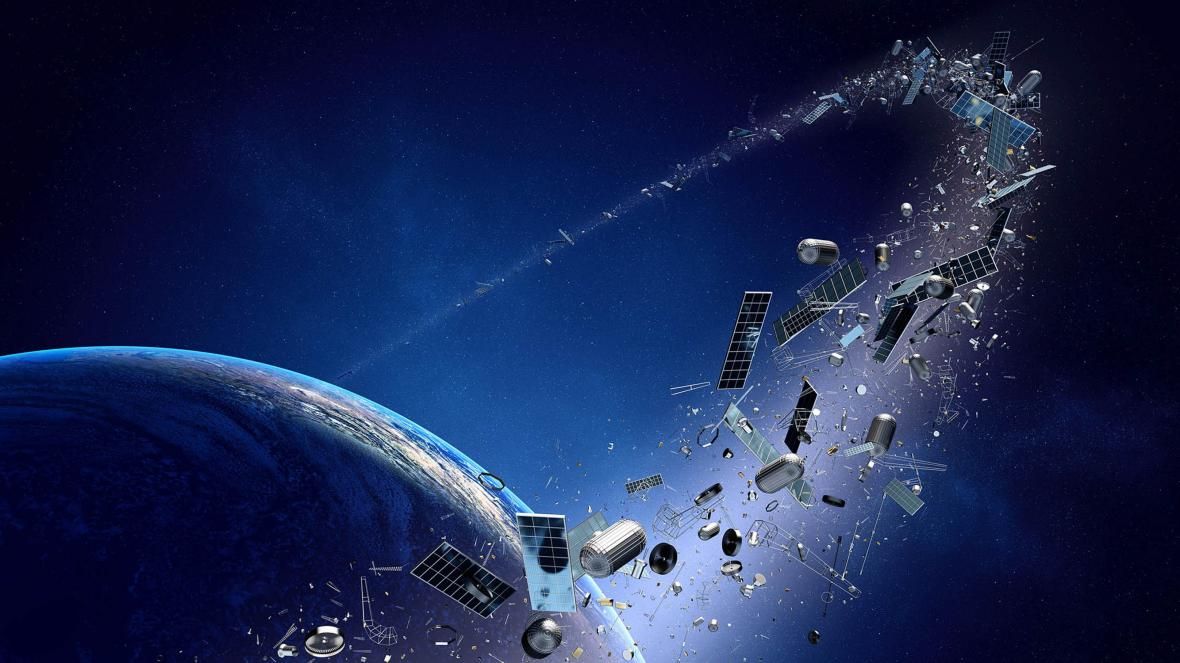 By Ben Spencer,
Published in the Sunday Times, 14 March 2021

A British craft pioneering efforts to clear junk from the Earth’s orbit will attempt to grab a satellite travelling at 17,000mph

More than 300 miles above the Earth, a high-stakes game of catch is about to begin.

A small spacecraft, little bigger than a household fridge, will attempt to snatch a satellite out of the skies. To complicate the task, the satellite will be tumbling through space at 17,000 miles per hour — seven times the speed of a bullet. And the engineers controlling the spacecraft from rural Oxfordshire will be able to talk to each other only via video chat.

“We’re launching probably one of the most complex space missions in history in the middle of a national lockdown,” said John Auburn, UK director of Astroscale, the company behind the project. “We are only allowed six people in the control centre, three at a time.”

This is the Elsa-d mission, the world’s most serious attempt to clean up space. It blasts off on Saturday.

There are 8,000 tonnes of debris orbiting the Earth, in 128 million pieces ranging from huge sections of spent rocket to small but deadly flecks of metal.

Flying through this ocean of zooming junk is the International Space Station, for which the risk of collision is so high that at least once a year the crew has to perform a complex manoeuvre to avoid oncoming debris. Also at risk are about 3,700 working satellites, responsible for everything from weather forecasting to banking.

Part of the problem is that satellites break down, run out of fuel, or just outlive their usefulness. There are nearly as many defunct satellites abandoned in space as operational ones. This is the space rubbish the Elsa-d programme targets.

The threat is growing. An estimated 10,000 satellites are expected to be sent into orbit in the next decade, as mass manufacturing has cut the cost and revolutionised the industry. Space is about to get crowded.

“Elon Musk alone has launched more than 1,000 satellites in the last few years,” Auburn said. Musk’s Starlink programme aims to deliver high-speed remote broadband to the world. OneWeb, another remote broadband company, part-owned by the UK government, has sent 110 satellites into space and plans another 790.

Astroscale, which has its headquarters in Japan but also has key operations in the UK, aims to tackle that problem. “If your car breaks down on the motorway, the AA is there to pick you up,” said Auburn. “That’s what we are aiming to do.” But to remove defunct satellites from space is no mean feat.

Elsa-d is a demonstration exercise to show that docking a spacecraft, worth tens of millions of pounds, to an out-of-control lump of metal is possible.

This weekend the Elsa-d operation team went into isolation, so they can be sure they are clear of the coronavirus when the spacecraft launches from Baikonur cosmodrome in Kazakhstan early on Saturday morning.

At mission control at the high-tech Harwell Campus, near Didcot in Oxfordshire, the team will work in shifts to direct the spacecraft. Other engineers, in different rooms in the building and dotted around the country, will communicate via videolink as they operate machines and software on board. “In a normal mission we would all be in the control centre,” said Auburn. “But we have had to set up secure networks so we can communicate remotely.”

Once the 175kg spacecraft is in orbit, it will unfurl its three-metre solar arrays and release a 17kg satellite carried specifically for the purpose of the demonstration. Then it will carry out three exercises.

Once the exercises are complete — which will take up to eight months — the craft and its attached satellite will slowly descend until both objects burn up on re-entering the Earth’s atmosphere.

“This is a demonstration,” said Auburn. “The next step, Elsa-m, is to show we can bring multiple satellites down in a single mission.”

His firm hopes to be selected to retrieve a three-tonne upper section of a Japanese H-IIA launch rocket, a mission planned for 2025.

“Our vision is to have a constellation ready to pick up failed spacecraft, of all different forms, and bring them down,” Auburn said. “We will be going up and down like a taxi service.”

Alice Bunn, international director at the UK Space Agency, said the Elsa-d mission “will show how we can make space safer for everyone”