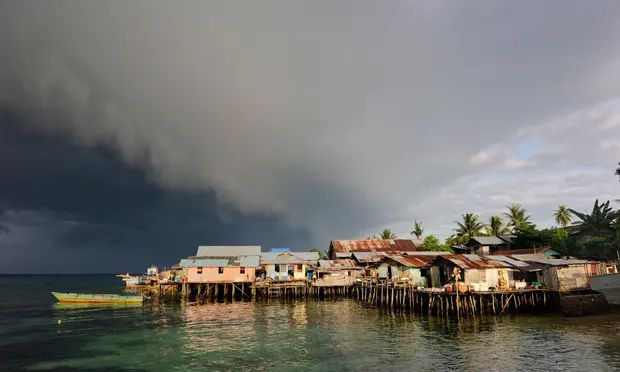 By Rory James,
Published in the Guardian, 9 March 2021

Papuans whose island has been offered up as a potential launch site for Elon Musk’s SpaceX project have told the billionaire Tesla chief his company is not welcome on their land, and its presence would devastate their island’s ecosystem and drive people from their homes.

Musk was offered use of part of the small island of Biak in Papua by Indonesian president Joko Widodo in December.

An Indonesian government representative told the Guardian this week the planned spaceport was being developed in consultation with the Papuan government and local communities, and that Biak’s development as a “Space Island” would “bring positive economic impacts” for islanders.

But Papuans on Biak are fiercely opposed, arguing a space launchpad will drive deforestation, increase Indonesian military presence, and threaten their future on the island. A tribal chief on the island, Manfun Sroyer, said he feared Papuans will be forced from their homes.

“This spaceport will cost us our traditional hunting grounds, damaging the nature our way of life depends on. But, if we protest, we’ll be arrested immediately.”

“In 2002, Russians wanted our land for satellite launches. We protested and many were arrested and interrogated… now they’ve brought it back, and this harassment and intimidation is still going on,” Manfun Sroyer said.

Biak is part of Papua province, where a secessionist campaign has run for decades against Indonesian rule. Biak’s eastern coast faces the Pacific ocean, and its location, one degree below the equator, is ideal for launching low-orbit satellites for communications, with less fuel needed to reach orbit. Its proximity to reserves of natural resources also makes it a prime candidate for a launch site.

Musk plans to launch 12,000 satellites by 2026 to provide cheap high-speed internet through internet service Starlink. A SpaceX test rocket exploded on the landing pad this month after landing, the third successive failure.

West Papua’s vast natural resources include copper and nickel, two of the most important metals for rockets as well as the long-range batteries used in Tesla’s electric vehicles (EV).

Musk told Indonesian officials in July Tesla would offer a “giant contract for a long period of time if you mine nickel efficiently and in an environmentally sensitive way”.

But Papuans and environmental experts fear a launch site will further damage the island’s delicate ecosystem.

“It’s a tiny island,” Benny Wenda the exiled leader of the United Liberation Movement for West Papua (ULMWP) and interim president told the Guardian. “It’s already destroying ecosystems and threatening the survival of the people of Biak. They just want to live simply, without this destruction coming to the island.”

The Grasberg mine on Papua’s mainland is the world’s second largest copper mine. Increased production there is likely to add to the 80m tonnes of mining waste it dumps into surrounding rivers each year, worsening environmental damage.

In July 1998, Biak island was the site of one of the worst massacres in the history of Indonesia’s occupation of West Papua, when scores of civilians were tortured and killed and their bodies dumped at sea, allegedly by Indonesian security forces, after activists had raised the West Papua Morning Star flag.

Biak elder Tineke Rumkabu, a survivor of that violence, said she wanted to tell Musk his space project was not welcome on her people’s island.

“As a South African you understand apartheid, the killing of black people. If you bring your business here you are directly sponsoring Indonesia’s genocide against Papuans.”

Biak is also strategically important to the Indonesian military, where it has built naval, troop and air bases that serve as a jumping off point for aircraft and troop deployments.

A spokesperson for the Indonesian government told the Guardian the Indonesian National Institute of Aeronautics and Space (LAPAN) had consulted extensively with the Papua provincial government on the spaceport plan for Biak.

LAPAN will continue to consult intensively with local communities as the spaceport plan is developed, the government said.

SpaceX did not respond to questions from the Guardian.

Formerly the Netherlands New Guinea, Papua was invaded, and then annexed by Jakarta in 1963.

Indonesia formalised its control over the province in 1969 under the UN-supervised, but undemocratic and coercive, Act of Free Choice. Jakarta regards Papua and West Papua as indivisible parts of the unitary state of Indonesia.

Papuans – Melanesians who are ethnically and culturally similar to the people of PNG, Solomon Islands, and Fiji – have consistently resisted Indonesian rule, and waged a long-running campaign for independence that has cost an estimated 100,000 lives.