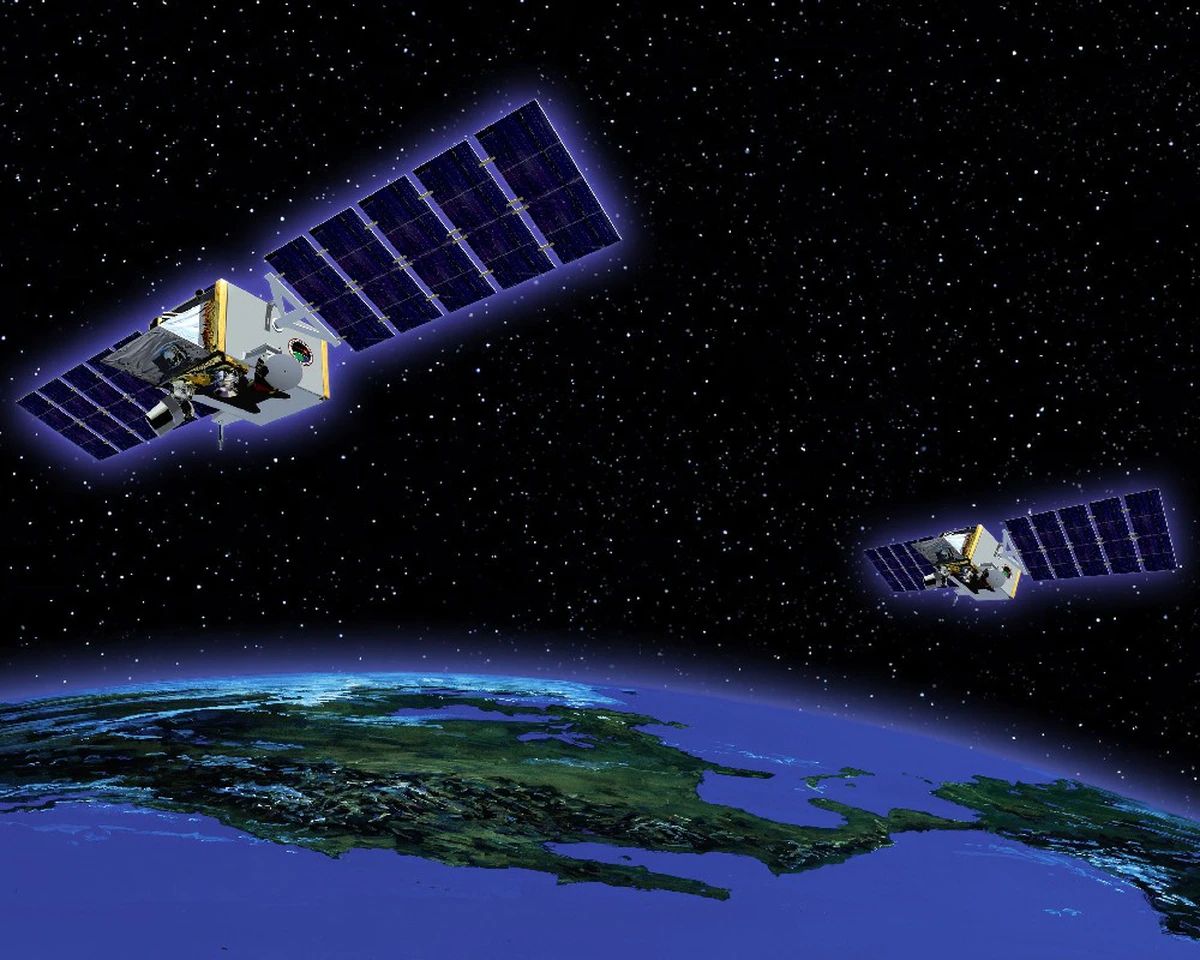 WASHINGTON — The Missile Defense Agency will deorbit two experimental missile warning satellites in the next couple years, the director announced this week.

Initially launched in 2009 with an expected lifespan of just two years, the two satellites that make up the Space Tracking and Surveillance System have served as risk reduction experiments for MDA’s missile warning enterprise for more than a decade now. The Northrop Grumman-built satellites were designed to track ballistic missiles from birth-to-death with its Raytheon-built infrared sensors from 1,350 kilometers above the Earth’s surface. Sensing data could then be downlinked to the Ballistic Missile Defense System for missile interception.

MDA requested $34.1 million to maintain the program in its fiscal 2021 budget request, noting that the satellites continued to provide risk reduction for future missile-tracking and surveillance satellite systems and support integrated BMDS testing.

However, depleted fuel reserves, outdated control systems and the launch of a new, ambitious missile warning satellite constellation on the horizon convinced the agency to sunset the program, MDA Director Vice Adm. Jon Hill said May 11 at the 12th annual McAleese Conference. The director didn’t give a timeline for when exactly it would deorbit the satellites, simply stating that they would come down in the next couple years.

While the end is nigh for STSS, the concept of tracking and intercepting missiles with space-based sensors lives on. In partnership with the Space Development Agency, MDA is just beginning to build out the Hypersonic and Ballistic Tracking Space Sensor, which will serve as the Pentagon’s answer to the potential threat posed by hypersonic missiles.

“The combination of high speed, maneuverability and relatively low altitude of some of the emerging advanced missile threats makes them challenging targets for our current missile defense systems,” the agency said in a statement back in January. “HBTSS is needed, since we cannot populate the Earth and the oceans with terrestrial radars to meet this need. The ‘birth-to-death’ tracking that HBTSS can provide when integrated with terrestrial sensors will make it possible to maintain custody of missile threats from launch through intercept regardless of location.”

HBTSS will work in conjunction with SDA’s tracking layer, a proliferated constellation of infrared sensors in low Earth orbit that can track hypersonic and ballistic threats. The tracking layer will pass custody of missiles from satellite to satellite via a planned on orbit mesh network as they traverse the globe. Ultimately, custody will be passed to the HBTSS satellites, which have more advanced sensors that can provide targeting data to interceptors.

SDA’s first satellites will begin launching in 2022, while HBTSS prototypes are expected to launch in 2023.

Jen Judson contributed to this report.